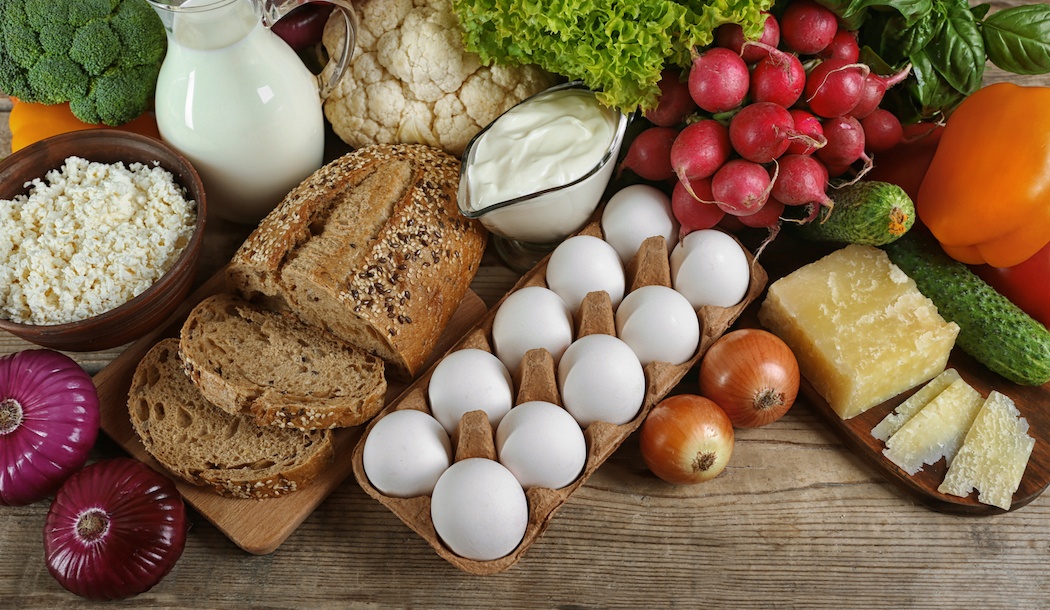 In a world full of toxins, pollution, bad food, and who knows what else, avoiding cancer may seem like more trouble than it’s worth. Every day it seems we’re urged to give up yet another food we love, or we learn of some new substance that causes cancer. And, of course, usually it’s something found everywhere, something we’ve been exposed to since infancy.

But don’t give up. There’s one factor you have nearly complete control over. . .

Mounting evidence points to cancer as a disease triggered or at least influenced by vitamin and nutrient deficiencies. Critical nutrients are ‘experts’ at healing your body, protecting your DNA, detoxifying pollutants, and fighting off invaders.

While we should get these nutrients from our diet, all too often we don’t. And if you don’t make up for the shortfall through supplements and/or better food choices, you leave the door wide open for cancer.

Is this deficiency an incubator for breast cancer?

Vitamin D isn’t just good for your health. It could be essential to your survival. A study published in Endocrinology showed a strong link between breast cancer and vitamin D deficiency.

Brian J. Feldman, M.D., Ph.D. noted, “A number of large studies have looked for an association between vitamin D levels and cancer outcomes, and the findings have been mixed . . . Our study identifies how low levels of vitamin D circulating in the blood may play a mechanistic role in promoting breast cancer growth and metastasis.”1

In one study, mice were injected with tumor cells, then fed either a standard diet or a diet low in vitamin D… Those with lower vitamin D intake grew larger tumors, and grew them more quickly, than did the others.

The team concluded, “Our results indicate that loss of vitamin D signaling is sufficient to convert the cells from non-metastatic to metastatic.”2

Another small clinical trial of women with early-stage breast cancer showed greater levels of vitamin D in the bloodstream lowered tumor expression. But the trial was stopped early, so final data was not collected.3

Dr. Michael Holick is an endocrinologist who studied vitamin D for more than two decades. In fact, he is the guy responsible for identifying the importance of vitamin D and telling the public about it. He overcame fierce opposition from conventional scientists and doctors.

Now his findings pretty much are conventional science.

Dr. Holick believes that the evidence for vitamin D’s protective effects against cancer (and all other disease) is rock-solid. I strongly recommend his book, The Vitamin D Solution: A 3-Step Strategy to Cure Our Most Common Health Problems.

It’s worth noting that getting sufficient vitamin D requires you to be outside with exposed skin during midday. You can do this without damaging your skin. A small exposure is all that’s required.

You won’t get what you need from drinking “fortified” milk… which is generally not a good idea anyway because of dairy’s other problems.

If you work indoors or live far from the equator, getting enough sun can be a problem, so a supplement may have to suffice, especially during the winter. Make sure it’s vitamin D3 (not D2).

Don’t gyp your DNA of this forgotten nutrient…

Vitamin B12 promotes and protects your nerves, DNA, red blood cells, and more. It plays a key role in DNA synthesis, working together with folate (note: not synthetic folic acid) to help keep your DNA from mutating. Yet it could be one of the most forgotten nutrients.

According to an article published in the Harvard Health Blog, B12 deficiency can lead to many serious symptoms, including but not limited to:

According to the Memorial Sloan Kettering Cancer Center, “Increased intake of B12, folate and B6 may lower the risks for breast and cervical cancers.”

But some research suggests that in male smokers, taking B12 over a long period of time may increase the risk of lung cancer.5

A typical adult should get 2.4 micrograms of B12 per day, but many either don’t consume that much through their diet or can’t absorb what they get.6

Plants don’t contain B12, so you have to get your daily dose from meat, poultry, dairy, eggs, and other animal foods. If you’re a vegetarian or vegan, you’re at much higher risk of deficiency and should definitely take a supplement.

You’re also more likely to be deficient if you’re over 50, have a serious health condition, or take drugs (Metformin, for example) that interfere with your ability to absorb B12.7

This single mineral lowers risk of many cancers

Magnesium is a mineral vital to many aspects of your health. Your brain, heart, muscles, and bones all depend on it. Recent studies also show a link between higher magnesium intake and lower risk of certain cancers.

The Swedish Mammography Cohort conducted a study of 61,433 women. They found that the one-fifth of these women who ingested the most magnesium had a much lower risk of colorectal cancer (CRC).8

A mere 100 mg per day decrease in magnesium intake corresponded to a 24 percent increase in cancer risk.9

Daniel Dibaba, the Ph.D. student who led the study, stated, “For those at a higher risk of pancreatic cancer, adding a magnesium supplement to their diet may prove beneficial in preventing this disease. While more study is needed, people should strive to get the daily recommendations of magnesium through diet, such as dark, leafy greens or nuts, to prevent any risk of pancreatic cancer.”10

Popular against the common cold, could it help prevent cancer too?

There’s no doubt other nutrients play a role in cancer development too, even if the research is somewhat sketchy. We know, for example, that some cancers are caused by pathogens. So wouldn’t it make sense that vitamin C and possibly other anti-viral nutrients would help protect your body from these pathogens?

There is, in fact, some evidence that vitamin C may protect against certain cancers. Research is ongoing in some of them. Here’s what we know so far…

Research suggests that vitamin C may be useful in eradicating H. pyloriand thus reduce risk of ulcers and stomach cancer.11

Vitamin C also seems to protect against breast cancer, especially for premenopausal women with a family history of breast cancer. Those who consumed an average of 205 mg/day lowered their risk 63 percent versus those who got just 70 mg/day.12

And eight-ounce serving of orange juice from a carton has only 65 milligrams. Freshly squeezed orange juice has more – 96. After a carton is opened the amount of vitamin C begins to decline.

Most of these vitamin and mineral levels can be assessed. Ask your doctor to order a blood analysis. Find out where you’re low, adjust your diet and lifestyle, and take supplements as needed.

A “rainbow” diet of organic, pesticide-free whole foods and organic grass-fed meats is a terrific defense against all disease.

Real food gives you vitamins and minerals in balance and in their natural forms – including not-yet-discovered compounds. So you can’t go wrong with getting your nutrients from food.

But because the soil your food grows in may be nutrient-poor, and because we all have dietary indiscretions from time to time and possibly even cumulative deficiencies, supplementing with vitamins and minerals is a key part of a smart prevention strategy. Plus, it’ll give you more energy and vitality to boot.

It’s very unlikely you’ll ever overdose on vitamin C. At something like 10,000 milligrams a day – a huge dose – you may get diarrhea. It won’t kill you. Merely cut back and you’ll be fine. I take two or three thousand milligrams a day.

Similarly, you’re super-unlikely to take in too much vitamin D; nearly everyone can safely take 5,000 i.u. per day. But longtime readers of this newsletter know I recommend getting a blood test to determine how much vitamin D you need. Some people may need as much as 20,000 i.u. for a time, until their blood levels are adequate.

Magnesium likewise is quite safe. Just check the directions on the bottle.

For B12, you need a blood test to be sure, but a thousand units a day is safe for all but a tiny number of people.