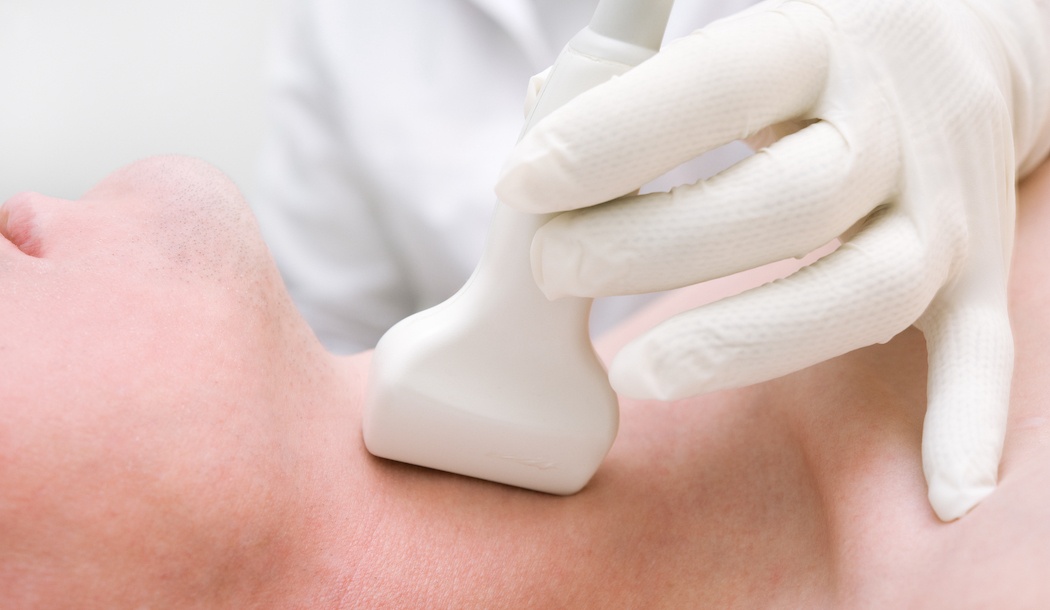 A new study suggests people who live in areas exposed to high levels of night-time light from street lamps and buildings, sometimes referred to as light pollution, are at an increased risk of thyroid cancer.

This finding comes on top of previous research linking exposure to light at night to an increased risk of breast cancer.

And it’s only the beginning. Disruption to our 24-hour light-dark biological cycle is also linked to other diseases.

Throughout history the only exposure to light at night (LAN) would have come from the moon and stars. This changed centuries ago, when wealthy citizens in ancient Rome created lamps lit by vegetable oil to light up the front of their homes.

Then, in 1417, the mayor of London decreed that every home hang lanterns outside overnight during the winter months to light the streets for safety.

And in 1816, Baltimore became the first U.S. city to install gas-lit street lights. But it wasn’t until Thomas Edison created the incandescent lamp 63 years later in 1879 that light bulbs for widespread street lighting became commonplace.

So, exposure to LAN is a relatively recent phenomenon in human health and our bodies have probably not adapted to this additional exposure.

Today, there’s a growing body of research into how this disruption of our normal 24-hour light/dark or wake/sleep cycle is linked to an increase in health problems including cancers of the thyroid.

This theory was tested by scientists at the National Institutes of Health (NIH), Harvard, and the University of Texas, and their findings should worry us.

The team analyzed data from 464,371 men and women included in the National Institutes of Health/American Association of Retired Persons Diet and Health Study. Participants were aged 50 to 71 at enrollment between the years 1995 and 1996.

Researchers used satellite imagery data to estimate the levels of LAN around the homes of each participant. Then they determined thyroid cancer diagnoses from state cancer registry information.

The association was similar for different tumor sizes and across participants with different sociodemographic characteristics and body mass indices.

The scientists speculated that hormonal fluctuations caused by LAN light pollution could be one of the reasons for their findings.

The research team suggested that light disrupts a person’s hormones and circadian rhythms. In particular they pointed out that LAN suppresses the hormone melatonin which is secreted according to signals of light and dark.

Melatonin would normally be switched on when it starts getting dark to prepare us for sleep. However, LAN suppresses the production of melatonin, which is also a modulator of estrogen activity and bolsters the immune system by enhancing the activity of T cells and natural killer cells.

According to the scientists, inadequate production of melatonin will lower the ability of the body to defend against cancer. They also said LAN can disrupt circadian rhythm, and since circadian rhythms are known to play a role in regulating thyroid function, exposure to LAN would likely be linked to the incidence of thyroid cancer.

Lead researcher Qian Xiao commented, “Recent research suggests that light at night, a potent disrupter of circadian rhythms, may be a risk factor for various diseases, including cancer.

“Our study adds to a growing body of evidence showing unintended health consequences of high LAN in modern societies.

“However, given that ours is an observational study that is not designed to establish causality, our results should not be interpreted as LAN causes thyroid cancer.”

She also added that their study only looked at outside light exposure, yet people are also exposed to artificial indoor lighting, and lights from computers, TV and cellphones. Her advice is to avoid or reduce such light sources before bedtime to promote better sleep.

But light at night is only the beginning of the problem. Recently, scientists from Italy suggested other ways through which a disrupted sleep-wake cycle increases the risk of thyroid cancer.

While researchers do not know the precise mechanisms by which circadian clock disruption and thyroid cancer are connected, they present the case that the reason, at least in part, is because circadian disruption induces insulin resistance, which itself is linked to many forms of cancer including the thyroid.

The scientists wrote, “Insulin resistance could represent a plausible biological link for this association. Indeed, insulin resistance has been implicated in thyroid cancer development and progression and it is often increased upon circadian clock disruption.

“Furthermore, this metabolic alteration is associated with an elevation of serum thyroid stimulating hormone (TSH) level, which is, in turn, a well-known risk factor for thyroid cancer and is also increased upon sleep-wake cycle disturbances.”

They added, “Chronic sleep deprivation has been associated with disruption of rhythmic TSH secretion, which, in turn, is linked to an increased incidence of human thyroid cancer.

“Furthermore, disruption of circadian rhythm has been linked to alterations in gene-related apoptosis [cellular death], DNA damage, cell cycle, and stemness [propensity of stem cells to drive cancer], and thereby to carcinogenesis.”

These reasons could explain why, over the past three decades, the incidence and death from thyroid cancer has been increasing when death rates for many other cancers have declined. The American Cancer Society estimates 44,280 new cases and 2,200 deaths in 2021.

Increases risk of breast cancer
by up to 79 percent

Breast cancer is believed to share a common hormone-dependent, cancer-causing mechanism with thyroid cancer, so it’s no surprise that LAN has been documented to increase breast cancer risk as well.

A number of studies found an increased risk for women who work predominantly at night. In one study the risk increased by 50 percent. In another, 79 percent.

A review of 26 studies published in 2017 concluded that “there is a tendency of increased risk of breast cancer either after over 20 years of night shifts or after shorter periods with many consecutive shifts.”

The researchers considered exposure to light the likely reason.

Reducing exposure to light at night

While exposure to light during the day can boost alertness and mood, exposure to light at night, especially blue light, is problematic. Blue light waves come from fluorescent and LED lights, TVs, computers, tablets, and cell phones.

This part of the light spectrum has the strongest effect on the circadian rhythm which is most sensitive to light from about two hours before normal bedtime to an hour before usual waking up time.

Avoiding all artificial LAN is unrealistic, but ideally screen time should be avoided entirely in the hours leading up to bedtime. Other options include wearing protective glasses or using heavy blackout curtains in the bedroom that are impermeable to light, if a great deal of light pours into your bedroom from outside. And I would say this is the norm in urban areas.

Fortunately, technology is coming to the rescue.

Many new TVs have blue light filters, and apps for smartphones, tablets and computers are available which reset the color of the screen in the evening to a safer hue. In addition, “smart” lighting can adjust the wavelength of light depending on the time of day.