Lung Cancer Patients Break the Law for This Innovative Treatment 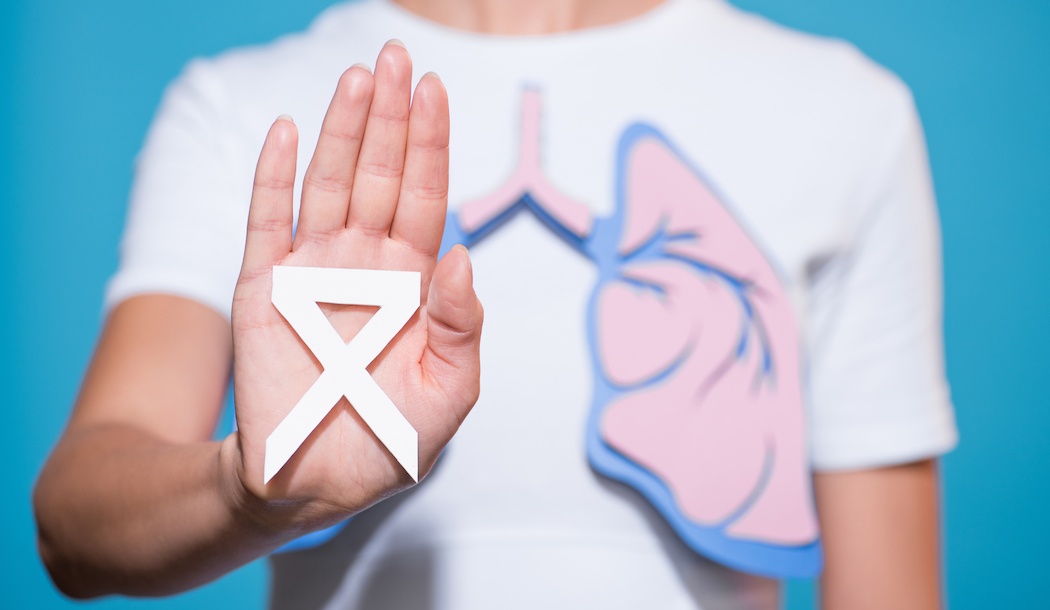 California resident Judy Ingels is a stage 4 lung cancer patient. To receive the best treatment as she sees it — an immunotherapy vaccine — she’s had to risk a fine or maybe even jail.

“I’m not worried. For the first time I have real hope,” she says. She seems to have made a good decision. In the months following the therapy, the tumor has shrunk.

Mick Phillips from Wisconsin was in the same boat six years ago. He’s still alive, working, and in all this time hasn’t been hassled by law enforcement officers.

“There’s no doubt that without this medicine, I would be dead,” says Mick.

The ‘crime’ for which Judy and Mick plead guilty is to travel to Cuba for medical treatment, a practice not allowed for US citizens.

They make the trip because the vaccine extends the lives of advanced lung cancer patients. . .

The vaccine is called Cimavax.

Its story began in the 1990s, partly prompted by the high rate of lung cancer in Cuba, where smoking is still widespread.

The first published research on the drug in 1995 was positive, and after further trials it became available to the Cuban population for free (Cubans are not charged directly for healthcare, it’s paid out of general taxation).

Oncologists in other countries were convinced enough to offer Cimavax as a second stage treatment (after chemo and radiation) for non-small cell lung cancer (NSCLC), which accounts for about 85% of all lung cancer cases.

Cimavax is now available in Argentina, Colombia, Peru, Paraguay, Kazakhstan and Bosnia-Herzegovina. More than 5000 patients have now been treated in these countries.

Collaboration with the US medical industry was never in the cards. Half a century of sanctions on Cuba put paid to that. An embargo remains in place prohibiting joint ventures and trade under most circumstances.

But in 2011 an unexpected event changed the situation.

Gisela González, a Cuban scientist, was visiting her family in Pittsburgh when she decided to contact the Roswell Park Comprehensive Cancer Center in New York. She offered to give a talk about Cimavax and the work of the Havana Center of Molecular Immunology (CIM).

“It really came out of the blue, and we, like many others, thought Cuba was stuck back in the ‘I Love Lucy’ days, and their technology was probably on a par with their 1950s cars.

“She comes up and gives this really great talk. I recognized something really exciting, but I didn’t appreciate the magnitude of it until several months later.”

A team from Roswell Park was invited to Havana to witness their work. Dr. Lee was most impressed. “We saw this remarkable amount of innovative scientists and remarkable research they were doing. They have some of the smartest scientists and physicians that I’ve ever met.”

In 2013, Roswell Park began its own lab studies to learn more about Cimavax. Two years later a collaborative research program was agreed, and in 2017 the New York Center initiated an early stage clinical trial.

In September 2018, Roswell Park and CIM formed a company to engage in the first-ever joint biotech venture between the US and Cuba. This gives Roswell Park access to Cimavax and three additional Cuban-developed immunotherapy treatments.

Cuba puts a very high priority on public health, but because they are constrained economically they have to be highly innovative if they are to meet their goal of bringing healthcare to the largest number of people for the lowest possible cost.

Most vaccines developed for cancer target the tumor and are personalized for each individual patient, but lack of resources ruled out this approach. Instead, the Cuban researchers targeted a circulating protein in the blood called epidermal growth factor (EGF) that lung and other types of tumor need to survive.

Cimavax generates an immune response against EGF, encouraging the creation of antibodies that bind to this growth factor. This neutralizes it, preventing attachment to its receptor (EGFR) on the cancer cell. By doing so, the cancer cannot grow and proliferate. The vaccine essentially starves the cancer; it can no longer multiply, and dies.

May be useful for prevention

Not only can the drug be used to treat existing cancer but it could potentially be used to vaccinate those at higher risk of lung cancer.This might include smokers whose cancer is caught early and surgically removed. They may be given the all clear but remain at high risk of its return, because the lining of their lungs has been so badly damaged from years of smoking.

This preventative approach might also be used for any smoker, those with a family history of lung cancer, or people who have a genetic profile that puts them at a higher risk.

Because EGF is needed for cancers to grow at other sites, Roswell Park researchers believe Cimavax would also be useful for colon, head and neck, breast, prostate and pancreatic cancers.

A large body of data finds the vaccine to be safe and well tolerated with minimal side effects.

Injections are given initially every two weeks for four courses of treatment, then once a month. The cost for an annual supply is around $12,000. This compares favorably with other immunotherapy drugs like Opdivo, which costs $12,000 to $15,000 per month.

According to Pedro Camilo Rodriguez, a researcher in immune oncology at CIM, “We have some patients who have survived seven years and are still working. I know personally five patients with these characteristics.”

When in Cuba, Dr. Lee met a patient who had been on the vaccine for 12 years.

Cuban oncologist Ella Neninger has treated hundreds of patients with the vaccine. One of them, Lucrecia de Jesus Rubillo, was given only two or three months to live. She was put on Cimavax after radiation and chemotherapy.

She now feels better, is more hopeful, coughs less, and is able to walk up five flights of steps to her home.

Dr. Neninger says of her patient, “Lucrecia arrived incapacitated by her disease in a wheelchair. Now the tumor on her lung has disappeared, and the lesions on her liver aren’t there either.

“I never thought I’d work on something that would improve the lives of so many people. I have stage 4 lung cancer patients who are still alive ten years after their diagnosis.”

These cases, however, are the exception. Keep reading. . .

More than ten clinical trials have been conducted over the last two decades. These found patients live longer, with a better quality of life compared to those not receiving the drug, though for most, Cimavax extends life by months rather than years.

One of these trials was carried out in Cuba and published in 2016. After courses of chemotherapy, 270 advanced NSCLC patients received Cimavax while 135 received best supportive care.

Overall survival averaged 12.4 months in the vaccine group versus 9.4 months among the controls. Frankly, this is an underwhelming result – but the devil is in the details. For a certain segment of patients, it works extremely well. 38.2% of patients on Cimavax were still alive after two years; 16.6% after five years.

What’s the difference between the people who get dramatic results and those who don’t? This might be a clue: Patients with high levels of EGF in the blood — which makes the vaccine more effective — survived six months longer than matched controls. 23% of these were still alive years later compared to zero patients among the high EGF controls who did not receive Cimavax.

So high EGF is a good indicator of how well people will respond to Cimavax. Interestingly, the reverse is true for those who do not take the vaccine. Patients with high EGF who are on standard care have a much lower life expectancy than standard-care patients with low EGF. Why patients have differing levels of EGF in the blood is not known at this time.

Making the trip to Cuba

Realistically, it will be some years before Cimavax becomes available in the US. This means some lung cancer patients will continue to flout the law in both traveling to Cuba for treatment and bringing home the medication, as well as making return trips to replenish the vaccine supply.

Most travelers to Cuba are treated at La Pradera International Health Center in Havana, which looks more like a tropical hotel than a hospital, with its fountain in the lobby, palm trees, open walkways and large swimming pool.

La Pradera welcomes several hundred patients a month from all over the world who seek treatment for various cancers and other ailments for which Cuban medicine is reputed to be effective. About 50 Americans arrive annually. They first forward their medical records for evaluation to see if they are likely to benefit.

Patients were untroubled by the authorities for some years, but last November new rules were introduced that curtail Americans’ ability to travel freely to Cuba, although some are finding creative ways to get there and back unimpeded.

Yale University’s chief of medical oncology and lung cancer specialist Dr. Roy S. Herbst has his reservations about the vaccine, saying that “without seeing new stats, it’s not that impressive [so] I am not too worried about people not being able to go to Cuba.”

On the other hand, internist William L. Blanchet, who accompanied his patient to Cuba, said, “If I was diagnosed with stage 4 cancer, I would definitely go down and have this be part of my therapy.”

Dr. Blanchet’s intention is put more bluntly by Cuba travel specialist Tathiana Gonzalez of P&G Travel, Ontario, who arranges many of these trips for US citizens: “When you’re given a month to live, you go. It’s kind of basic.”