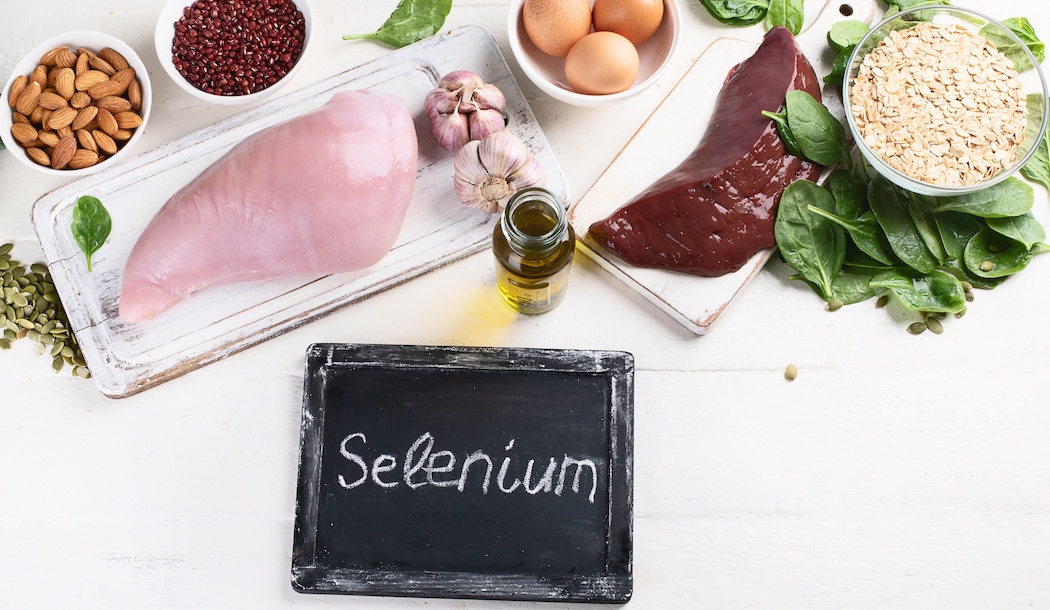 This micronutrient plays a key role in fighting cancer and other degenerative diseases associated with aging. That part’s actually not new. Researchers have known this much for decades, but only recently have they discovered that the micronutrient selenium has to be taken in the right way to obtain its many health benefits.

Selenium is known to nutritionists as a trace element. Swedish chemist Baron Jöns Jacob Berzelius discovered it 200 years ago.

Until the late 1950’s, selenium wasn’t recognized as having any value in human nutrition. Today, scientists have discovered that selenium carries out many different important functions within the human body.

At the cellular level, selenium is an active factor in glutathione peroxidase, an enzyme that converts hydrogen peroxide to water. Glutathione peroxidase has potent antioxidant properties and serves as a first line of defense against free radical buildup in your cells.

Since a major cause of cancer is excessive free radical buildup, selenium helps lower your risk of cancer by ousting free radicals.

For example, numerous studies have found that those with low selenium levels are at a higher risk for cancer of all kinds.1 In fact, those with low levels of selenium in their blood, hair and nails are two to three times more likely to get cancer!2,3

And the risk of certain tumors, especially thyroid cancer, is higher by eight-fold.4 In fact, selenium deficiency is now linked to an increased risk of cancer of the bladder, stomach, esophagus, lung and liver.5,6,7

Researchers most clearly made this direct link between low selenium levels and cancer in 1996.8,9

A ground-breaking clinical study by Dr. Larry C. Clark of the University of Arizona in 1996 revealed just how well selenium protects the body against cancer.

Dr. Clark began his research to see if he could prevent skin cancer using 200 mcg of L-selenomethionine. While the supplement failed to prevent skin cancer, much to his surprise, it did help prevent death from cancer of all types. In fact, Dr. Clark documented a 50 percent reduction in cancer deaths in the selenium group when compared to the control group.

The selenium supplement also helped prevent the development of any cancer (a 37 percent reduction in new cancers) when compared to controls. Turns out, selenium was especially effective at preventing cancers of the lung, colon/rectum and prostate.10,11

For example, Dr. Clark’s research revealed a 63 percent reduction in repeated incidence of prostate cancer, which rose to 74 percent in men who started with normal PSA levels.12

The results were so compelling that Dr. Clark’s team decided the only ethical choice was to cancel the blinded phase of the study so all participants could take the L-selenomethionine and maximize their protection against cancer.

A 2011 meta-analysis of selenium’s impact in cancer examined nine controlled clinical trials, which included 152,538 participants. The review showed that selenium slashed risk of all cancers by 24 percent. In people with low baseline selenium levels, taking a selenium supplement reduced cancer risk even further, by 36 percent.13

Selenium acts through several pathways to prevent tumors from developing. Scientists call this pleiotropy, which means it attacks cancer from many directions.

Pleiotropy is a key facet of any effective cancer preventive strategy. Because cancer always has many causes, a therapy focused on only a single pathway almost always proves less successful.

But, researchers say, all of selenium’s cancer-fighting benefits depend almost entirely on the form of selenium you take.

All selenium is not equal

Most people – even many doctors – don’t know that selenium comes in different forms.

While it doesn’t appear to matter which form of selenium you take when it comes to producing the important antioxidant glutathione, for cancer prevention it’s a different story.

Three popular forms of selenium include L-selenomethionine, sodium selenite and selenium-methyl L-selenocysteine. Believe it or not, each kind has a unique lineup of cancer-fighting benefits, so, it’s important to supplement with a little of each type.

L-selenomethionine is an organic complex of selenium containing the natural amino acid L-methionine.

This is the form found in high-selenium yeast and generally used in clinical trials. It’s also what Dr. Clark used in his famous 1996 selenium study.

In people with pre-cancerous changes in their esophagus, 200 mcg of L-selenomethionine slowed cancer progression and also triggered regression of pre-cancerous cells to normal cells.15

These results were especially pronounced in people who experienced earlier cancerous changes, more than in advanced cases– which means early supplementation is key.

Sodium selenite is an inorganic form of selenium.

When people suffering with aggressive head and neck cancers took 200 mcg of sodium selenite a day, their bodies were better able to destroy tumor cells than people in the control group. What’s remarkable is that this improved tumor-fighting ability continued even after therapy.16

In patients with newly diagnosed non-Hodgkin’s lymphoma, those given 200 mcg per day of sodium selenite had a 50 percent higher chemotherapy response compared to the control group. Plus, they enjoyed significantly increased survival time.17 Patients also experienced far fewer symptoms of the disease itself.

Yet another study considered a large Chinese population. The participants all lived in a high-risk area for liver cancer. Supplementing with sodium selenite slashed new cases of liver cancer by 50 percent. This study used a high dose of 500 mcg a day for three years.18 (Important: This is a high dose, don’t take this much on your own.)

Selenium-methyl L-selenocysteine has a sulfur-containing amino acid called L-cysteine. This is the latest form of selenium to excite scientists.

It’s found in plants from the allium family, such as garlic and onions, and is one of the most potent forms of selenium.

Lab studies show several mechanisms of action that are unique to selenium-methyl L-selenocysteine.

One of these mechanisms is restoring proteins linked to your 24-hour circadian rhythm.19

Circadian disruption is a factor in several types of cancer, especially breast cancer. Restoring these regulatory proteins helps normalize melatonin levels and estrogen receptors. These then influence the aggressiveness of breast cancer.

Plus, it downregulates the expression of a damaging protein called Bcl-2. Bcl-2 slows the apoptosis of cancer cells. This form of selenium blocks Bcl-2 and helps trigger the destruction of cancer cells. It also shuts down the inflammatory response.

Get more selenium with these foods

If you like Brazil nuts, eat one or two nuts per day and you’re covered– that’s all it takes, no joke!

Other foods rich in selenium include:

It’s safe to say that every doctor—both conventional and alternative—understands the importance of early detection for any cancer. Whether the Galleri test will be the answer doctors have been searching for to achieve better early diagnosis remains to be seen, but it’s without a doubt a step in the right direction.

Selenium is a micronutrient so you don’t need a lot. Take too much, and you risk an overdose but take too little, and it won’t be effective. Like walking on a tightrope, you want perfect balance.

According to the research, the sweet spot for cancer prevention appears to be 200 mcg per day. Many studies have used up to 400 mcg per day without negative effects. But 400 mcg doesn’t seem to offer any extra benefits.