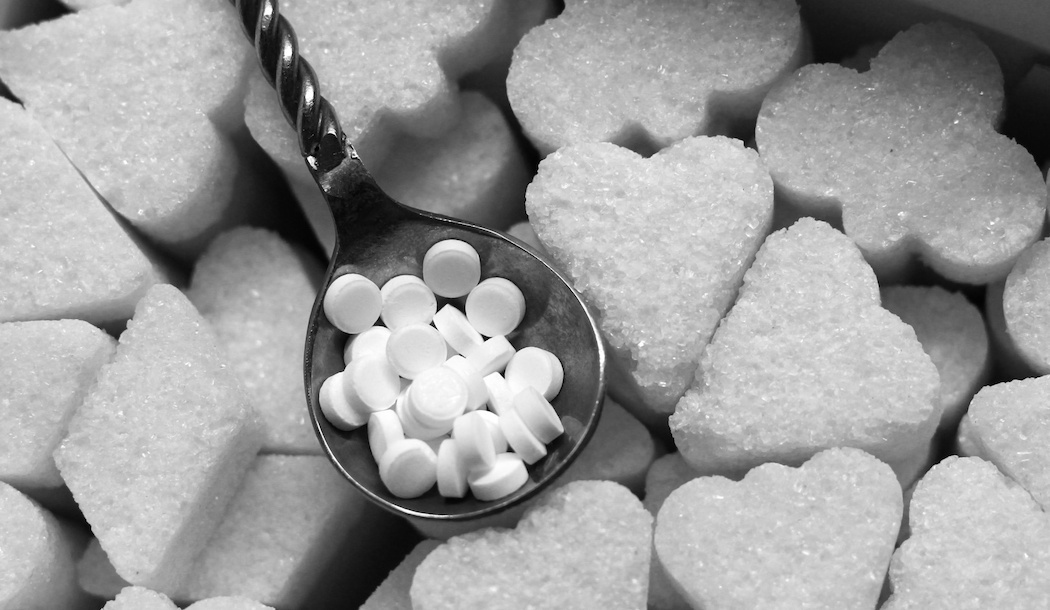 With so much negativity surrounding sugar – weight gain, diabetes, cavities and more – it’s only natural to seek alternatives, and the food companies have complied. But artificial sweeteners have their own problems.

As we’ve told you as recently as June, sweeteners like aspartame have been linked to the development of cancer. But it’s not just aspartame. The findings of a new population study show there are three more artificial sweeteners that are now linked to cancer.

Artificial sweeteners are nothing new. Scientists discovered the first one by accident in 1879—nope, that’s not a typo! This sweetener, saccharin, also known as Sweet’ N Low, Sweet Twin, or Sugar Twin, became very popular with the public. First as a cheap sugar substitute, and then, by the early 1950s, people began realizing its value as a diet aid.

However, problems arose quickly. Research conducted by the United States Department of Agriculture as early as the 1930’s began to unearth saccharin’s link to cancer. For example, one study linked saccharin to bladder cancer in rodents, prompting an attempt by the Food and Drug Administration (FDA) to ban it in 1977. The public’s response was so hostile the FDA mandated a warning label instead, declaring the product “may be hazardous to your health.”

By the year 2000, other studies showed the rodent study wasn’t “relevant to humans” so the FDA dropped the labeling requirement.

Aspartame given the all clear

Aspartame (NutraSweet, Equal) has also courted considerable controversy with dozens of laboratory studies linking it to the development of cancer– many of these studies we told you about in our June issue. In 1981, the FDA approved aspartame on a limited basis, and then, in 1996, widened its use as a “general purpose sweetener.”

In 2006, the National Cancer Institute (NCI) conducted a very large study including nearly half a million participants aged between 50 and 71. Each filled out a questionnaire on their dietary intake which included consumption of four aspartame-containing beverages.

After five years follow up, the NCI researchers concluded that aspartame didn’t impose any additional risk of lymphomas, leukemias or brain tumors, which were cancers of concern in the earlier research.

As we told you in June, aspartame is now the most widely used artificial sweetener and is added to more than 6,000 foods and drinks in 130 countries.

Not all scientists agree on the safety
of artificial sweeteners

The controversy continued last year when two distinguished scientists wrote a paper entitled, “Aspartame and cancer – new evidence for causation” based on worrying new findings from animal research that the sweetener causes dose-related increases in malignant tumors in multiple organs.

Meanwhile, international regulatory authorities are currently reviewing the safety of products containing artificial sweeteners. For example, an Advisory Group to the International Agency for Research on Cancer has recommended a high-priority reevaluation of aspartame’s carcinogenicity to humans. And The European Food Safety Authority is currently reevaluating all artificial sweeteners.

Some of this research is already in, and it’s linking four popular sweeteners to cancer.

As part of this research a large team of researchers led by the French National Institute for Health and Medical Research (Inserm) and Sorbonne Paris Nord University, set out to conduct the most comprehensive population study ever performed on artificial sweeteners and cancer.

While the NCI study used the aspartame content of beverages as a proxy for total dietary intake, they left out other popular artificial sweeteners such as acesulfame-K (Sunett, Sweet One) and sucralose (Splenda). That’s why this new French study sought to look at the diet as a whole and investigate the total amount of all sweeteners consumed, including individual types and brands, and the risk of different forms of cancer.

The researchers analyzed data from the ongoing NutriNet-Santé web-based study that began in 2009. The 102,865 participants, with an average age of 42, all enrolled voluntarily and agreed to self-report a large amount of personal data.

The findings of this thorough analysis, published in the journal PLoS Med in March, are that compared to the 36.9 percent of participants who steer well clear of these products, those that consumed a higher-than-average amount of artificial sweeteners had a 13 percent higher risk of overall cancer.

Aspartame and acesulfame-K, in particular, were associated with increased cancer risk.

The researchers concluded by writing, “Our findings do not support the use of artificial sweeteners as safe alternatives for sugar in foods or beverages…”

Well, I could have told you that!

But all the controversy begs question, why is the research on the use of artificial sweeteners so conflicting? Some researchers believe the answer has to do with your metabolism.

Obesity is a recognized risk factor for many cancers and artificial sweeteners are linked to weight gain through metabolic disturbances (more on this in a minute).

While weight gain may partly explain the negative study findings, they don’t account for all the observed effects of sweeteners on cancer risk, so there’s another reason.

One group of scientists studying aspartame and its use found that the sweetener, even at low doses, is an angiogenic agent. That means it promotes the formation of unwanted blood vessels that cancers use to grow and spread.

These researchers also observed an increase in reactive oxygen species (free radicals) that caused cell damage, higher levels of inflammation, the promotion of DNA damage, and an inhibition of apoptosis, which induces cancer cells to die.

In addition, a mouse study found acesulfame-K and saccharin elicited even greater DNA damage than aspartame!

Impact on the gut

There’s increasing interest in the role in human health of the gut microbiome, the microbes that live in the gastrointestinal tract, which include bacteria, viruses, yeast, protozoa, and fungi. Research conducted by scientists in Israel found saccharin, sucralose, and aspartame affect the metabolism by driving the development of glucose intolerance both in mice and healthy humans. As we’ve reported before, higher than normal blood glucose levels increase the risk of many cancers. The researchers found glucose intolerance occurred from the artificial sweeteners causing gut dysbiosis– when harmful bacteria outcompete beneficial bacteria resulting in a bacterial imbalance.

Another study performed last year by scientists in the United Kingdom confirmed these findings and found the same three sweeteners (saccharin, sucralose, and aspartame) negatively impact beneficial bacteria, causing them to become pathogenic and potentially cause serious health problems.

While neither of these gut studies looked at dysbiosis and its direct involvement in cancer development, other studies have linked gut dysbiosis to colorectal, esophageal, and lung cancer. Therefore, the researchers believe that artificial sweeteners might be involved in the development of some forms of cancer through this mechanism.

Sadly, cancer isn’t the only health concern you’re in danger of when you consume artificial sweeteners.

A review of randomized controlled trials published in 2017 found artificial sweeteners were linked to numerous other health problems.

In one study, researchers reported that consuming artificial sweeteners results in “increases in weight and waist circumference, and higher incidence of obesity, hypertension, metabolic syndrome, type-2 diabetes and cardiovascular events.”

In my view, consuming these chemical sweeteners is not worth the risks to your health. I encourage you to avoid entirely not just these four sweeteners (saccharin, aspartame, sucralose, and acesulfame-K) but any artificial sweetener. Although, it’s not an easy task.

The only way to do this successfully is to carefully read labels. Artificial sweeteners are everywhere, especially in low-calorie or sugar-free foods and drinks. And you might be surprised to find artificial sweeteners lurking in many foods considered “healthy.” For instance, one brand of 100 percent whole wheat English muffins, advertised as “part of a healthy lifestyle”, contains sucralose. Other products containing sweeteners include Greek yogurt, bottled salad dressing, granola cereals, and toasted coconut almonds.

When in doubt, choose real sugar, honey, or natural sugar substitutes such as stevia or monk fruit.