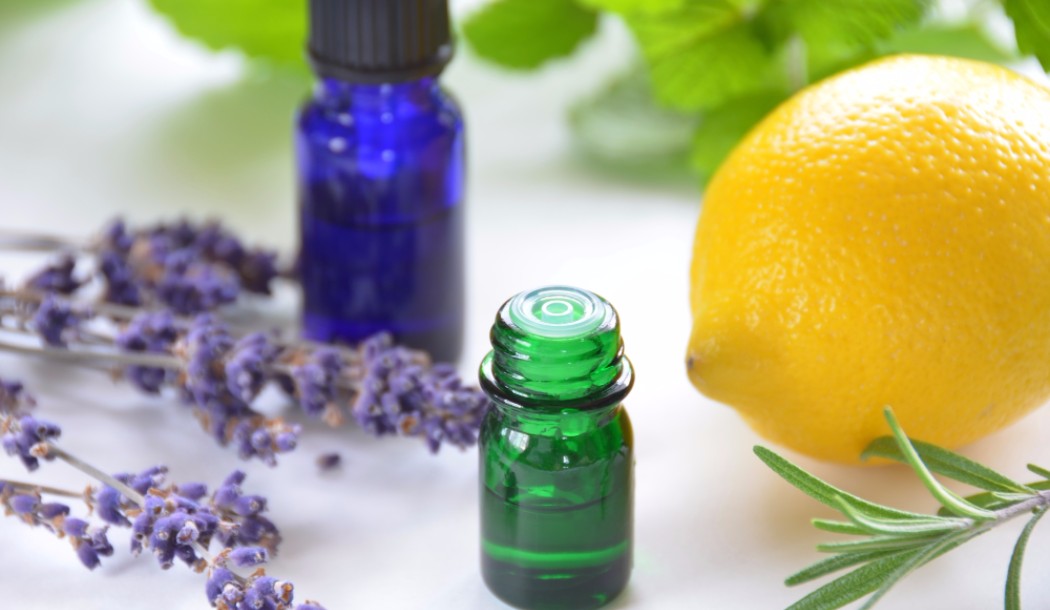 When stress and anxiety hit – whether it’s from your work, family, relationships or any combination – they affect your body from head to toe. Hopefully the crisis is temporary, but when it’s long term, the physical effects can be devastating.

Research shows people suffering with long-term anxiety and/or depression have an increased risk of developing cancer.1

You may not be able to control the reason for your stress or anxiety, but you can manage the symptoms naturally without harmful antidepressant drugs and help prevent cancer at the same time.

We covered a few links between stress and cancer and how to manage the problem in Issue #738. Now we’ve got four more unconventional ways to minimize your stress naturally…

The World Health Organization predicts that by 2020, anxiety and depression will be the second leading reason in the world behind premature death or disability.2

Mainstream medicine’s reaction is to jump to prescription pills designed to make us “feel happy and normal” again. But the drugs don’t work for a great many people, or have dangerous side effects.

Since many treatments and drugs have been obtained from natural sources for thousands of years, it only makes sense to go straight to nature to help reduce your stress and anxiety…

Lavender decreases anxiety and stress in any form

There’s growing evidence that essential oils made from plants have useful properties for relieving emotional disorders.

One such oil is lavender, which has a useful anti-agitation property.3

Inhaling lavender scent helps to raise a person’s mood, reduce anxiety, and improve focus and concentration, which in turn relieves stress. You can obtain the oil, and a “diffuser” for spreading the scent around a room, at thousands of health food stores.

Some experts say the scent of lavender stimulates the limbic system, a portion of the brain that’s in charge of emotions, memories and mood. When the limbic system releases its chemicals, they help promote feelings of relaxation, calmness, love and excitement.4

Unlike many other essential oils used in aromatherapy, lavender oil is often applied undiluted to the skin. When applied topically in massage, the oil’s main elements (linalool and linalyl acetate) absorb into the blood within five minutes to begin their relaxing and sedating effects.5

An article in Evidence-Based Complementary and Alternative Medicine reports three placebo-controlled clinical human trials investigating the effectiveness of lavender oil. In the first trial, a dose of 80 mg was given orally (by mouth) once a day to participants suffering from mixed anxiety disorders, generalized anxiety disorders, or restlessness and agitation. The anxiety-inhibiting effect of lavender was superior to the placebo in all 221 patients.6

This research team also discovered that lavender improves other associated symptoms such as disturbed sleep and somatic complaints. On top of that it had a beneficial influence on general feelings of well-being and quality of life.

In the second trial, 80 mg of oral lavender oil was compared to 0.5 mg of Lorazepam, an anxiety drug, over a six-week time frame. During this period, lavender was as effective as Lorazepam at improving generalized anxiety.7

In the third trial reported in Evidence-Based Complementary and Alternative Medicine, researchers found a reduction in anxiety and an improvement in mood for 36 patients in an intensive care unit who received lavender oil aromatherapy.

Lavender is also used in dripping oil and bathing, and is found in perfumes, soaps, flavorings and crafts at health food stores and online.

Overall, lavender looks to be a simple, low-risk, cost-effective way to improve anxiety and stress in most people. It’s relatively safe and will not lead to drug abuse.8 However, it should not be taken internally during pregnancy and breastfeeding.9

The foods we eat provide another natural way to minimize stress and anxiety, which can turn into depression.

In recent years, reports show that negative emotional experiences are related to an increase in overeating and an increase in eating unhealthy foods.10

One very healthy food you can easily add to your diet is pumpkin seeds.

They are rich in L-tryptophan, an amino acid that forms melatonin, which is essential for sleep. And pumpkin seeds also contain fats that convert to 5-hydroxytryptophan (5-HTP) that metabolizes into serotonin, the neurotransmitter associated with better mood.

Many people who have symptoms of anxiety and/or depression have low serotonin levels, and mainstream medicine likes to prescribe anti-depressant drugs to increase those levels. Foods that support the body’s ability to produce serotonin can be a better answer.

The benefits of pumpkin go beyond the seeds. One study evaluates the antidepressant-like effect of Sweetme Sweet Pumpkin™ (SSP, baked Cucurbita moschata Duch) and its active compound, β-carotene. The Cucurbita moschata Duch species includes various types of pumpkin and winter squash. Popular varieties you may recognize include butternut, winter crookneck and cushaw squash.12

In this study, the researchers gave SSP and β-carotene orally to groups once a day for 28 days. After the 28 days, those receiving SSP and β-carotene had increased levels of serotonin and norepinephrine (a hormone released in response to stress) compared to the control group.

Besides eating pumpkin seeds raw or toasted, it looks like you can enhance your mood by consuming the meat of squash and pumpkin as a vegetable, in purees, soups or pies. The seeds are also pressed to make oil, which you can find in health food stores or through online health retailers in liquid or pill form.

Turning now from foods, herbs and scents, also remember that music has been used for thousands of years to restore harmony between the mind and body and to treat illnesses.

Some music helps slow the mind down, initiates the relaxation response, slows the heart rate, lowers blood pressure and decreases stress hormone levels to influence both your body and your mental state. And – this surprised me — monaural music in particular is an effective stress-management tool.

At this point, the finding is more of a curiosity than a practical way for most of us to treat anxiety. But it’s an odd and interesting finding.

Monaural music is a single channel of sound perceived as coming from one position – unlike stereo, which uses two channels to convey sound coming from different places.

In monaural beat stimulation (MBS), the same signal applies to both ears at the same time.

Researchers at the University of Bonn, in Germany, examined the impact of monaural beat stimulation on anxiety, mood and general well-being. Three different frequencies as well as a control stimulus were applied to 25 participants for five minutes at a time.

After each stimulation period, the participants evaluated their current mood and found that MBS reduced their anxiety more when compared to the control stimulation.13

Monaural music may become a promising new way to alleviate feelings of anxiety and improve mood without popping either a supplement or a drug.

Lemon balm has been calming people
since ancient times

Another option to lower stress and anxiety is lemon balm (Melissa officinalis), a perennial lemon scented herb. Its medicinal use dates back more than 2,000 years.

The anxiety-reducing effects of lemon balm may be due to its known interactions with GABA-A receptors. GABA (gamma-aminobutyric acid) is an amino acid found throughout the nervous system. It’s important for lowering high-stimulating inputs so they don’t run amok.

In one report, two studies evaluate the mood effects of two lemon-balm containing products. The first study delivered M. officinalis in an ice-tea beverage and the second delivered it in a drinkable yogurt.

According to a study conducted in France, Cyracos® (a lemon balm extract) helps volunteers with mild-to-moderate anxiety disorders and sleep disturbances. During this 15-day study, taking Cyracos® reduced anxiety symptoms by 18% and lowered insomnia by 42%.

Lemon balm is available as a dried leaf, as tea and in capsules, extracts, tinctures and oils. You can buy them at health food stores and online. The herb is safe, but its safety has not been confirmed for pregnant and breastfeeding women so its use by them is not recommended.

You may want to try all or just one of these natural options to help scale down your stress and anxiety levels. But remember, it’s always best to check with your health care provider before adding oils or herbs to your diet.

Our last issue talked about ways to boost your immunity. It’s of special interest during the cold flu season, so if you missed it, you can read it now just below.

2 Healthy diet a tool to reduce anxiety and depression.

5 Percutaneous absorption of lavender oil from a massage oil.

7 Lavender and the nervous system.

8 Is lavender an anxiolytic drug? A systematic review of randomised clinical trials.

9 Herbal medicinal products during pregnancy: Are they safe?

10 Healthy diet a tool to reduce anxiety and depression.

11 Healthy diet a tool to reduce anxiety and depression.

12 Improvement of depressive behavior by Sweetme Sweet Pumpkin™ and its active compound, β-carotene.

13 The Impact of monaural beat stimulation on anxiety and cognition.

15 Anxiolytic effects of a combination of Melissa officinalis and Valeriana officinalis during laboratory induced stress.