Natural Ways to Combat the Brain-Damaging Side Effects of Chemotherapy 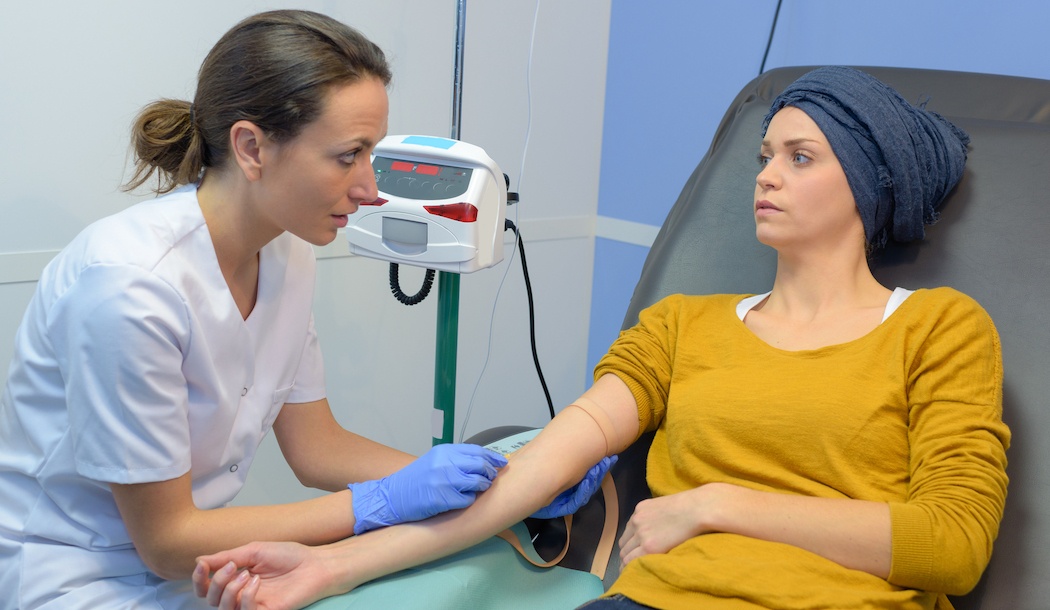 Just a few years ago, it seemed like only complementary and alternative practitioners were concerned about the condition known as “chemo brain”— the brain fog and cognition difficulties that frequently hit people undergoing chemotherapy. To the best of my knowledge, this was one of the first publications to write about it.

Well, conventional medicine has finally conceded that chemo brain is real. Naturally, their researchers are busy studying the details of what takes place in the brain and how to fight it—probably with more drugs.

Luckily, there are some natural methods you can use if you or someone you love suffers from chemo brain.

Before we can understand any of the solutions to chemo brain, we have to better understand the problem.

Research at Stanford University has insights into why chemo brain can be such a threat. In their tests they found that chemotherapy interferes with the function of three types of brain cells that affect the brain’s white matter – a part of the brain that helps neurons function and send their signals to each other.1

These three types of cells include oligodendrocytes, that maintain the myelin sheaths that insulate nerve fibers; astrocytes, that are star-shaped cells that regulate electrical impulses and supply neurons with nutrients; and microglia, which are the immune cells that destroy pathogens and break down extraneous neural connections no longer needed within the brain.

At the same time, the microglia become over-activated, causing inflammation that interferes with astrocytes—effectively cutting off the nutrient supply to neurons.

But this is only the beginning…

Other research at the Baycrest Center in Canada shows that the thinking and memory problems linked to chemo brain begin far sooner than a patient’s first dose of chemotherapy.

According to these lab tests, cognition issues begin when cancerous tumors first form. In their study, the Canadian scientists found that brain function starts to falter soon after cancer cells begin to multiply.

“Our work isolated that the cancer is responsible for some of the memory and thinking complaints experienced by cancer survivors, and that drug therapy adds to the problem,” says researcher Gordon Winocur. “Both factors independently affect brain function in different ways, which can lead to the development of other psychological disturbances, such as anxiety and depression.”

Dr. Winocur reports that after chemotherapy, as many as 65 percent of women with breast cancer experience difficulties concentrating and recalling memories. They also take longer to finish their daily tasks. And people with other types of cancer have reported similar kinds of frustrating problems.

What happens inside the brain

The Baycrest study identified three brain challenges that can happen as a result of cancer development and chemotherapy drugs:2

1. Inflammation. Tumors stimulate the immune system to release cytokines to slow the cancer’s growth. This causes inflammation in the nervous system that disrupts brain function.

3. Brain shrinkage. The additive affect of chemotherapy along with the initial cancer-fueled inflammation shrinks brain areas that take part in memory and learning.

“Understanding the nature of the cognitive impairment and the underlying biological mechanisms are essential to the development of an effective treatment for chemo brain,” says Dr. Winocur. “A targeted approach addressing all three issues is necessary to successfully treat the condition.”

Fortunately, other studies are starting to uncover specific measures that might be able to curtail chemo brain’s damaging effects.

For example, researchers at the Mayo Clinic point to a compound called NMN (nicotinamide mononucleotide), which can offset some of the effects of chemo brain.

According to the Mayo investigations, through a series of complicated processes in brain tissue, the body can use NMN to help stem cells grow into new neurons. The result is improved maintenance of neuronal networks necessary for the recall of memories and other cognitive processes.

While the Mayo researchers aren’t ready yet to recommend NMN to cancer patients, they do note that restoring these neuronal processes in this way “could represent a promising and safe therapeutic strategy” for combating some aspects of brain fog linked to chemotherapy.3

Added to that, probiotic bacteria also may be able to help improve cognitive function impaired by cancer and powerful chemotherapy drugs.

A study at Northwestern University shows that chemotherapy kills off important, health-promoting bacteria that live in the intestines at the same time as it kills cancer cells. But certain types of probiotic bacteria, say the researchers, can metabolize and eliminate chemotherapy drugs in a way that protects the brain and the digestive tract from harmful side effects.4

“We were really inspired by bioremediation, which uses microbes to clean up polluted environments,” says researcher Erica Hartmann. “Usually bioremediation applies to groundwater or soil, but, here, we have applied it to the gut. We know that certain bacteria can breakdown toxic cancer treatments. We wondered if, by breaking down drugs, these bacteria could protect the microbes around them. Our study shows the answer is ‘yes.’ If some bacteria can break down toxins fast enough, that provides a protective effect for the microbial community.”

And while you can’t go out yet and buy the precise probiotic formula designed to break down and protect you from chemotherapy drugs in the gut, it seems reasonable to assume that taking a probiotic supplement before and after having chemotherapy treatment could help repopulate the good bacteria that normally reside in the intestines but are impaired by chemotherapy.

Finally, there’s another therapy that can help you fight back against the way chemotherapy drugs affect the brain and nervous system – exercise.

A growing number of studies show that aerobic exercise can help neurons in the brain survive chemotherapy.

Laboratory tests at Indiana University demonstrate that exercise improves the health of neurons in the brain’s hippocampus (a memory center) after chemotherapy. Exercise also promotes the growth of new neurons.5

In addition, brisk walking can increase personal energy and relieve memory problems after chemotherapy. Research at the University of Illinois shows that women treated with chemotherapy for breast cancer had less fatigue and better attention span if they took daily brisk walks.6

It seems pretty obvious to me that in dealing with any side effects of chemotherapy—or other cancer treatments— following a healthy, daily routine is one of the best things you can do. Get plenty of sleep. Eat lots of fruits and vegetables. Consider taking NMN and probiotics. Get out and do some walking along with other physical activity.

Of course, you should be doing these types of things even if you haven’t had cancer or chemotherapy. Another important point: in the lab tests on the effects of exercise, some studies show that if a patient begins an exercise program before chemotherapy, it is more effective in warding off the side effects of these pharmaceutical drugs. It reminds me of the old saying – an ounce of prevention is worth a pound of cure!