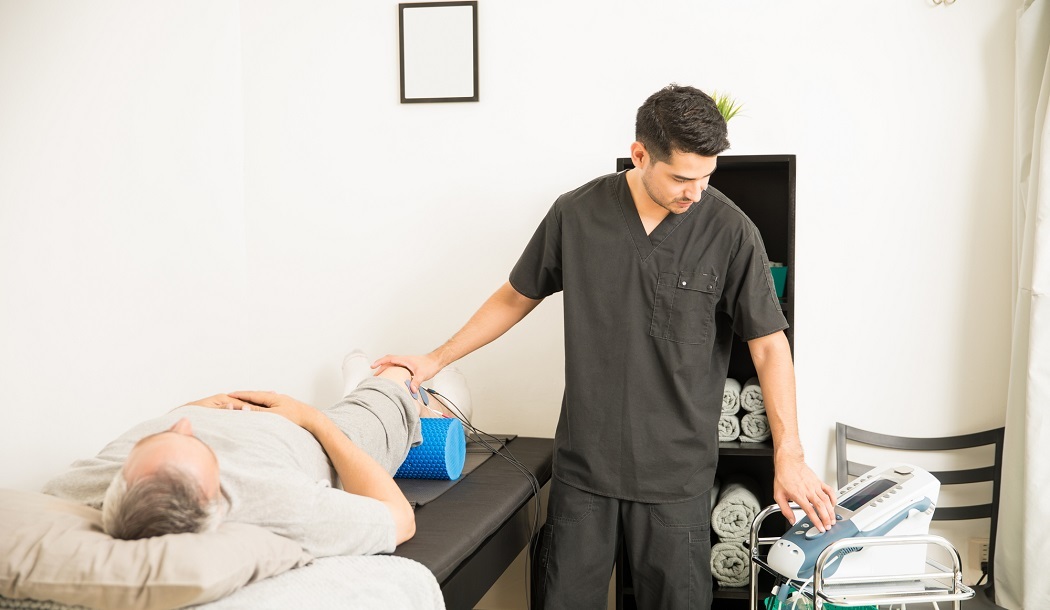 Phillip Stricker, an Australian urologic oncologist says, “You can’t underestimate the potential of this technology.”

And Boris Kuvshinoff from New York’s Roswell Park Cancer Institute agrees that it’s “one of the real exciting technologies that’s come out in the last few years.”

It’s called Nanoknife. What makes it so special?

Ablation therapies use cold or heat to ablate (destroy) tumors.

With most variations of this approach, needles/probes deliver the treatment directly to the tumor. This avoids invasive surgery, causes minimal pain, and only requires a very short recovery time.

There are several different types of ablation therapy. Cryoablation destroys cancerous tissue by freezing it to minus 40 degrees; radiofrequency ablation heats up the tumor by delivering radiofrequency waves until it’s destroyed; and high intensity focused ultrasound also kills through extreme heat.

These therapies rely on temperature – usually heat or extreme cold – to kill cancer cells. The problem is that – at least in the case of heat — this can harm surrounding structures such as nerves and blood vessels and, because of the irregular distribution of the heat, cancer cells close to these tissues may not all be killed, leading to a recurrence of the disease.

Cryoablation – the freezing version — also has its own set of challenges because variable amounts of ice are required within different tissues.

Now comes a new approach that may solve all these problems.  Irreversibleelectroporation(IRE) — more familiarly known by its commercial name, Nanoknife — is a form of ablation that has no thermal effects. Instead it uses direct, high strength electrical current to permanently damage the cell membrane of the cancer cell. This leads to the cell’s death.

It was named Nanoknife because of the size of the holes it creates in the cancer cell and because it was seen as a kind of electronic scalpel that opens up the cell membrane.

The technique involves inserting anything from two to six needle-shaped electrodes or probes through the skin, guided by scanning technology, to surround the tumor. When the generator is switched on, a strong disruptive magnetic field is created.

The ultra-short (10 thousandths of a second) electrical pulses are contained between the probes and produce many microscopic (nanosized) pores or holes in the cell membrane which are too extensive for cancer cells to repair.  The end result is death by apoptosis (suicide).

If the cancer ever comes back in the future, the procedure can be repeated.

Some of the best news about the Nanoknife is that it seems to be effective against pancreatic cancer, for which conventional medicine has no solutions.

Surgery to remove the tumor offers the best chance of long-term survival in pancreatic cancer patients, but most are not eligible because the disease has already progressed beyond the pancreas by the time it’s diagnosed.

For such patients, survival times average less than two years. It’s one of the most dreaded cancers.

In a 54-patient trial conducted by surgical oncologists at the University of Louisville, patients treated with standard treatment plus Nanoknife, when compared to those who received only standard care, had better than 50% improvement in overall survival (20 months vs 13 months).1

A much larger follow-up involving 200 patients achieved even better results. The investigators wrote:

“The appropriate and precise use of IRE in appropriately selected patients with locally advanced pancreatic cancer can result in a median overall survival close to 24 months, which is nearly double the survival rate with the best new chemotherapy and chemoradiotherapy,”2

The researchers concluded that the procedure is “safe and potentially effective with improved survival.”3

“What’s really innovative about it,” states Boris Kuvshinoff, “is that it kills the tumor without damaging surrounding structures.” He and others at Roswell Park have treated 25 patients with Nanoknife, and of eight that have had post-op CT, MRI or PET scans, no visible tumors could be detected.4

Keith Lillemoe, Chief of Surgery at Massachusetts General Hospital, Boston, is a specialist in disorders of the pancreas and Editor-in-Chief of the journal Annals of Surgery. He describes the procedure as an “exciting new therapy for locally advanced pancreatic cancer.”5

Dr. Michael Stehling is a physician, physicist, and medical innovator, and is also an internationally recognized expert on irreversible electroporation for prostate cancer. He founded The Prostata Center in Offenbach, Germany in 2010.

In the Center’s first seven years he treated 650 patients with Nanoknife, more than anyone else in the world. He also works closely with Boris Rubinsky from the University of California, Berkeley, the man who developed the procedure in 2002.

In a 2015 study, Dr. Stehling and his team treated 265 patients with all stages of prostate cancer. Over a follow-up period of four years, the recurrence rates were 0 patients out of 55 with a Gleason score under 7; three out of 117 in a second group with Gleason 7, and only ten out of 67 among the patients with scary Gleason scores of more than 7. (The higher the Gleason Score the more aggressive the cancer.)

The most common side effects — impotence and incontinence – were either eliminated or greatly reduced, and minimal toxicity was seen on surrounding structures even in advanced cancers.

Commenting on his experience, Dr. Stehling said, “The patients we have treated at The Prostata Center have had their cancers destroyed without the need for surgery, with a low incidence of side effects and in most cases have been back on their feet the next day.

“The data from this study confirms what we see every day. We have a very attractive approach for patients who are concerned about quality of life challenges and are considering options for the treatment of localized and late stage prostate cancer.

“Treating prostate cancer with minimal pain and minimal risk of impotence and incontinence, even in patients with advanced and recurrent cancer, with a one-time, one-day treatment, until recently, was unthinkable. The cutting-edge technology of IRE makes this a reality.”6

Dr. Stehling published a review of 429 patients (and 471 treatments) with intermediate to high risk cancers in the journal PLoS One in April this year.

He described Nanoknife as “primarily successful in all treatments except three.”

After five years, 27 recurrent cancers were detected, mostly in the high grade, high risk group. Recurrent-free survival was approximately 98% for Gleason 6, 92% for Gleason 7, and 75% for a Gleason score greater than 7.

Adverse events occurred in about a quarter of patients, with four out of five of these described as mild. The most common was short-term urinary retention.

In patients who were fully continent before the procedure, no urinary incontinence was observed 12 months later. This compares favorably with radical prostatectomy (RP) surgery, which removes the whole gland. The incontinence rate here varies from 20 to 50%.

The researchers evaluated erectile function in 124 patients by way of a questionnaire. 14 said they developed severe dysfunction, but this persisted for over a year in just four patients (3%). Radical prostatectomy has an impotence rate of up to three out of four patients a year after surgery.

The conclusion of the study was that IRE is “a safe, effective and suitable modality for the treatment of [prostate cancer] at all clinical stages and recurrent disease.” Overall toxicity was low and continence “was preserved in all cases.”7

There is now a branch of the Prostata Center in San Diego, where it is called the Vitus Prostate Center with Dr. Stehling as its director.

Phillip Stricker is one of the leading experts in the treatment of prostate cancer in Australia and one of the pioneers in the use of Nanoknife.

He describes current outcomes as performed by him and his team:

Prof. Stricker says that for the right candidates the therapy is “extremely effective” and will “save a lot of people from having unnecessary surgery.” He believes it is now “an established and real treatment option.”8

Nanoknife technology is only offered by a small number of specialized centers around the world at this time, but is expected to become more widespread in the years ahead.