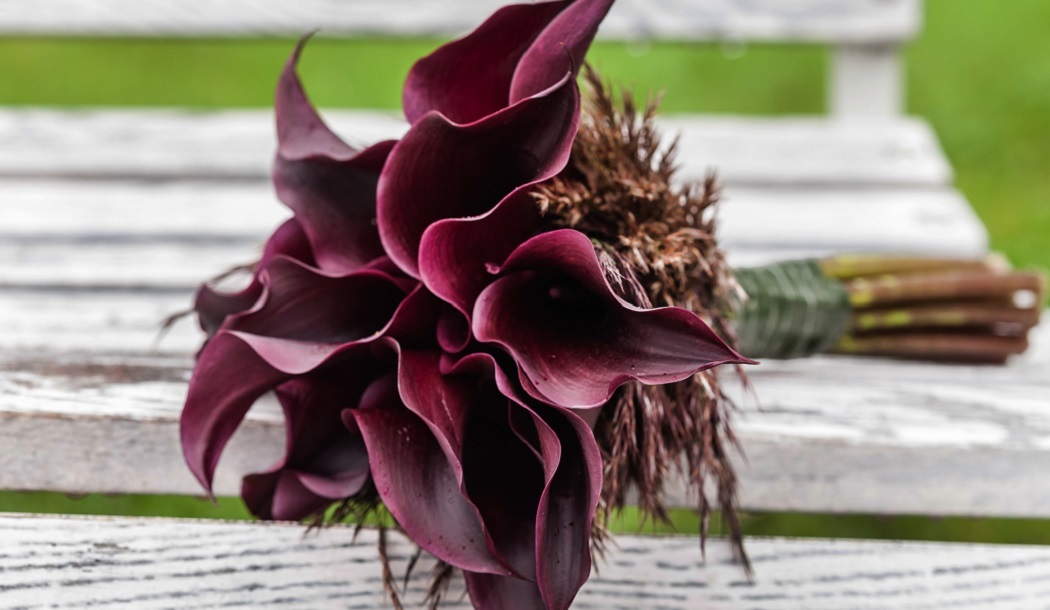 Since ancient times, people living in the Middle East have treasured one species of lily for both its culinary and medicinal properties.

Today, the black calla lily is the most popular complementary therapy for cancer in the region. It’s so effective that even Big Pharma is taking notice.

An age-old food and remedy

Arum palaestinumBoiss, more commonly called black calla lily, or Solomon’s lily, has been widely cultivated in the Palestinian and Eastern Mediterranean region for over a thousand years.

Surprisingly, the plant is poisonous to eat when uncooked, but cooking neutralizes the toxins and transforms the black lily into a healthy and delicious food.

In one traditional delicacy, a chef removes the leaves from the stem and cuts them into thin pieces before cooking them thoroughly with lemon or sorrel and serving them with flat bread.

From a medicinal standpoint, the cooked leaves are eaten to kill intestinal worms and to strengthen the bones. Crushed leaves are used to treat infection in open wounds, obstructions in the urinary tract, and to provide relief from kidney stones. Other uses include the treatment of venereal disease, rheumatism, tuberculosis, diarrhea, atherosclerosis and diabetes.

But perhaps the most popular medicinal use for the black calla lily is against cancer.

Black calla lily is regularly self-prescribed by cancer patients in the Middle East, with one survey finding that nearly 40 percent ingested it anticipating a cure. Another survey of 372 Palestinian cancer patients found 43.5 percent added black calla lily to their diet, and that it was the most popular complementary therapy used among them.

To treat cancer, black calla lily leaves are boiled in water and then fried in olive oil and garnished with lemon. The plant can also be brewed as a tea.

In spite of its long use in the treatment of multiple maladies including cancer, very little research had been conducted on the black calla lily until recently.

Scientists have found 180 chemicals in the black lily plant, 35 of which have known anti-cancer activities.

In 2015, researchers from Jordan and Egypt isolated four of these, all of which were flavonoids including luteolin, chrysoeriol, isoorientin and isovitexin.

They tested each on human cancer cell lines of the larynx, cervix, liver and breast. They also tested extracts containing a combination of chemicals from the plant.

The researchers found that both the extracts and the pure isolated compounds showed “strong anti-tumor activities” against all of the cancer cell lines in the study.

Also, in 2015, researchers from different labs in Kansas carried out a study using the plant’s leaves and roots together.

Since the amount of chemicals vary from plant to plant because of location, soil and growing conditions, researchers fortified black lily with specific amounts of three compounds contained within the plant.

One is a sterol called beta-sitosterol, another is the fatty acid linolenic acid, and the third is isovanillin, which belongs to a group of chemicals called phenolic aldehydes. Each of these compounds is known to have anti-cancer activity alone, but researchers wanted to see what they’d do together. They named the combination GZ17.

The first part of the study involved testing GZ17 on an aggressive form of human prostate cancer in a cell culture at varying doses. They also tested the black calla lily alone, the three fortifying compounds alone and a control made from purified water.

When the three compounds were applied to the cancer cells individually there wasn’t much response. The black calla lily performed much better, showing a dose-dependent increase in cell death. However, with GZ17, the cell death rate was greatly enhanced to the point where nearly all cells were dead at the highest tested dose.

This is an example of synergy, where the whole is greater than the sum of the parts. This is a standard feature of holistic medicine where whole herbs or combinations of nutrients are utilized.

Conventional scientists who study plants are latching on to this concept, but they call it the entourage effect.

It means that even if one compound is the “active” ingredient, it’s just as potent at lower concentrations when it’s in the presence of other compounds naturally present in the plant.

This approach is also gaining favor in the treatment of cancer because it can target the many signaling pathways cancer uses to grow and spread.

Getting the combination right involves a lot of research. Sometimes, with too many ingredients, the mix becomes less effective than when employing fewer components.

With synergy in mind, scientists from the University of Kansas continued to work on developing GZ17, adding Peganumharmala (wild Syrian rue) and Curcuma longa (turmeric), herbs with recognized anti-cancer effects. They called this combination GZ17-S. They also created two other formulas, one containing 16 extracts and another with three extracts of GZ17-S.

Researchers tested these on head and neck squamous cell carcinoma (HNSCC) in cell culture and rodents. They also tested them with cisplatin, a chemotherapy agent commonly used to treat HNSCC.

They found one of the formulas stood out from the rest. They wrote, it was “superior in anti-cancer efficacy compared to any single agent, and demonstrated robust anti-tumor effects in preclinical models.”

The most successful formula was called GZ17-6.02. It combines three extracts of GZ17-S, isovanillin, curcumin and harmine, an extract isolated from Peganumharmala.

One of the mechanisms by which GZ17 suppresses tumor growth is by targeting multiple signaling cascades that allow cancer to grow. It also increased the activity of caspase-6, an enzyme with known functions in cancer cell apoptosis (cell death). Finally, the extract boosted the effect of the chemotherapy drug cisplatin.

Next, researchers carried out a similar study on pancreatic cancer and found equal success.

GZ17 also showed itself to be incredibly non-toxic with the study authors writing, “Perhaps one of the most important findings of this paper is that an extremely high dose of the extract administered for three weeks did not cause obvious side effects in the mice or visible changes in any organs.”

In conclusion they explained, “These results clearly demonstrate an effect of fortified Arum palaestinum on suppressing prostate cancer cells and prostate tumors in mice.”

One key finding from the research is that GZ17-6.02 acts as an inhibitor of “super enhancers.” These are areas of the genome that play critical roles in gene regulation and can drive the overexpression of oncogenes – genes that promote cancer growth.

GZ17-6.02 is being developed by Genzada Pharmaceuticals based in Kansas. Chief operating officer, Cameron West M.D., said, “We’re excited to have reached the clinical stage of development of GZ17-6.02. Through the rigorous preclinical developmental path, we have discovered a unique mechanism of action via super-enhancer inhibition.

“Based on numerous preclinical studies, we believe this therapeutic will be very well tolerated and will achieve meaningful outcomes for cancer patients.

“Additionally, as GZ17-6.02 is composed of three active pharmaceutical ingredients – originally derived from medicinal plants – we’re hopeful that 6.02 will tackle various malignancies on multiple fronts. [It’s] knocking out multiple hallmarks of cancer, so it helps shrink the tumors. It helps block the cancer from spreading.”

These very promising findings led the FDA to approve the first clinical trial. The trial involves 44 patients with a very wide range of advanced solid tumors and lymphoma, who will take GZ17-6.02 orally at home.

One of the three centers across the U.S. where the drug is being tested is HonorHealth Research Institute, Scottsdale, Arizona. Frank Tsai, M.D., medical oncologist and principal investigator at HonorHealth, added, “GZ17-6.02 is truly a novel therapy with the potential to transform cancer care.”

We’ll find out whether the drug is able to fulfill its promise when the study is completed late next year.