New Proof You Can Fight Cancer with Foods - Cancer Defeated

New Proof You Can Fight Cancer with Foods 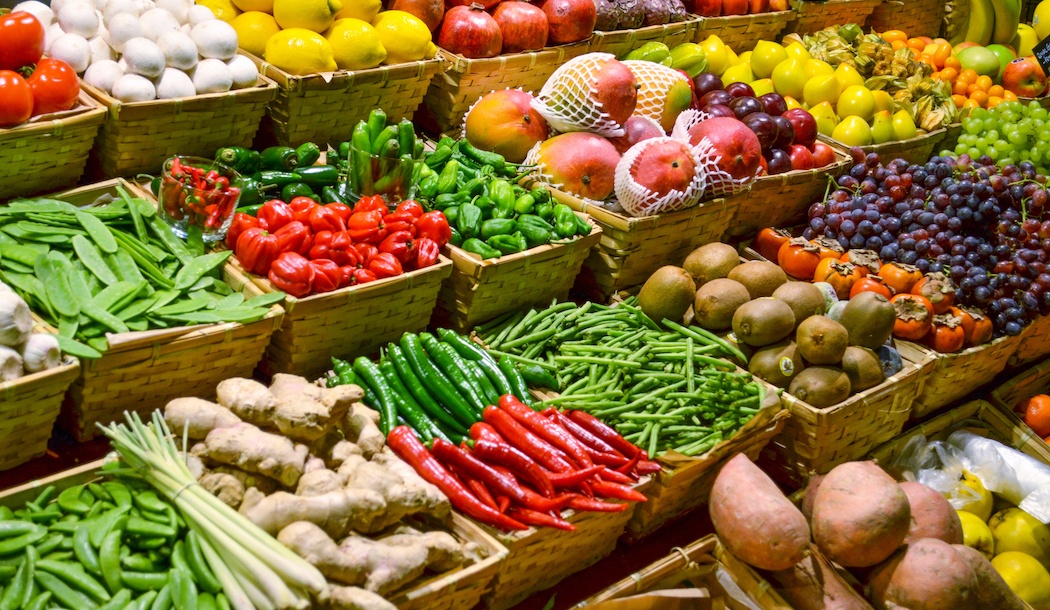 Kathy was 41 years old when she was diagnosed with a rare form of inflammatory breast cancer… so rare that it makes up only one out of a hundred breast cancer cases. Worse yet, the survival rate is very low. Kathy, the mother of two young girls, was given only 21 months to live.

So she started an aggressive battle to fight the disease. Her treatment included conventional surgery, chemo and radiation.

But Kathy’s fight became more complicated. A year into her treatment, she found out she had developed another problem – a rare and aggressive type of tumor in her head and neck.

And eventually, Kathy’s organs started to deteriorate. Both her lungs and heart were damaged by the toxic drugs and pills she had to pump through her body. And to make matters worse, the treatments weren’t working.

Then one day, a radical decision came to her while she was meditating…

“I told my oncologist that I’m done with that protocol because one way or another, I’m going to die. And I don’t want to go that way,” Kathy described her decision later. So against her doctor’s advice, Kathy stopped the treatments and let nature run its course.

And that’s when things started to get interesting…

A diet that stops cancer

Kathy had begun eating an anti-angiogenic diet.  As you may know, angiogenesis is the medical term for the process your body uses to create new blood vessels.

Your body has 60,000 miles of blood vessels. And your ability to create new ones is important at certain times, such as when you’re growing or when your body needs to heal.

Your body regulates angiogenesis with different chemicals that trigger or block the process.  When things go the way they should, it’s only triggered when it’s needed.

But it’s possible for the process to get knocked out of whack.  And when it does, diseases develop.  In fact, the Angiogenesis Foundation says defective angiogenesis is a factor in at least 74 diseases including age-related blindness, cardiovascular disease, and certain types of ulcers.  And it’s a critical component of tumors and cancer.

In order for tumors and cancer to grow and spread, they need oxygen and nutrients.  They get these from nearby blood vessels.  And the more oxygen and nutrients they have access to, the more aggressive the disease will be.  So tumors trick your body by sending out chemical signals that activate angiogenesis.

That’s why doctors may use angiogenesis inhibitors to fight cancer. And there are a number of drugs now being used in treatments, with even more in clinical trials. But they only work on certain types of cancer. Plus, they come with a host of nasty side effects, as pharmaceuticals usually do.

In the case of angiogenesis inhibitors, those side effects include blood clots that lead to stroke or heart attack, hypertension, and brain disorders. And that’s just some of them.1

But research shows drugs aren’t the only way to block angiogenesis.  Your diet can, too. And it can be very effective. Kathy is proof. Her diet, along with meditation, Reiki, and visualization cured her cancer. And 13 years later, she’s still cancer-free. In fact, researchers at Harvard will be taking a closer look at Kathy’s remarkable results as part of an upcoming study.

Blocking angiogenesis, either with drugs or diet, can help people with cancer. But why wait until there’s a problem? The fact is, if you make anti-angiogenesis foods part of your lifestyle, you could greatly reduce your risk of developing cancer in the first place.

It’s “normal” to have cancer cells

The Journal of Oncology published a report with some alarming statistics.  It said if you’re around 50 years old, there’s a good chance you have cancer cells in you now. If you’re 70 or older, it’s almost guaranteed. These cancer cells aren’t necessarily caused by outside influences.2

In fact, it’s normal for cancer cells to develop during the cell replication process that happens in our bodies every minute of every day. So it’s very common for adults, and even children, to have cancer cells in their bodies and not be sick. This has been confirmed from autopsies performed on people who were healthy before they died in accidents.

The researchers who performed these autopsies made these surprising discoveries…

And yet most of these cancers never become a problem.  They just live out their cell life and eventually die. But if angiogenesis is triggered, the disease takes hold.

If this is the mechanism, it makes sense that if we can prevent angiogenesis from starting, there’s a good chance those cancer cells we all have won’t become a problem.  And that’s where eating the right foods comes in.

Some researchers believe blocking angiogenesis with our diet is the best way to reduce the prevalence of cancer. If they’re right, it’s a huge discovery, because at the rate things are going now, it’s estimated that one person out of every three will have cancer at some point during their life. That’s why the research around angiogenesis-blocking foods is so exciting.

So what foods block angiogenesis?

The Angiogenesis Foundation that I mentioned earlier started the “Eat to Beat Cancer” initiative. Part of this initiative involves researching foods for their ability to block angiogenesis.

If you’re a regular reader, you won’t be surprised to hear the best foods are mostly the ones that make up the Mediterranean diet – fruits and vegetables, herbs and spices, olive oil, seafood, legumes, nuts and seeds.  Also included are certain foods typical in Asian diets such as green tea, miso, and soy.

And here’s where this gets really exciting. The researchers at the foundation are looking at how to pair specific foods with their ability to target specific cancers!

For example, studies show cinnamon is particularly effective at blocking angiogenesis in melanoma, the most deadly type of skin cancer.3 For prostate cancer, the food of choice is cranberries.4 And in the case of breast cancer, flaxseed blocks angiogenesis. In fact, a study done in Finland and Sweden showed some remarkable results.

The study involved healthy premenopausal women. When these women added 25 grams – a bit less than an ounce — of ground flaxseed to their daily diet, the level of endostatin increased in their breast tissue.  Endostatin is one of our body’s angiogenesis blockers. And what was so surprising was the flaxseed worked just as well as the drug tamoxifen, which many women take both to treat breast cancer and prevent its return.5

Combinations of certain foods may work even better

Researchers studying the anti-angiogenesis powers of food believe it’s even possible to pinpoint which varieties of a type of food might work better. Or to combine foods in a way that makes them more effective.

So maybe someday soon smart food companies will look at ways to create anti-angiogenesis food lines. Or maybe it will become an option on food delivery services, just as they now offer paleo or gluten free.

I suspect these healthy foods do more to stop cancer than merely inhibiting angiogenesis. Other research shows that foods and nutrients with anticancer properties work in a variety of ways.