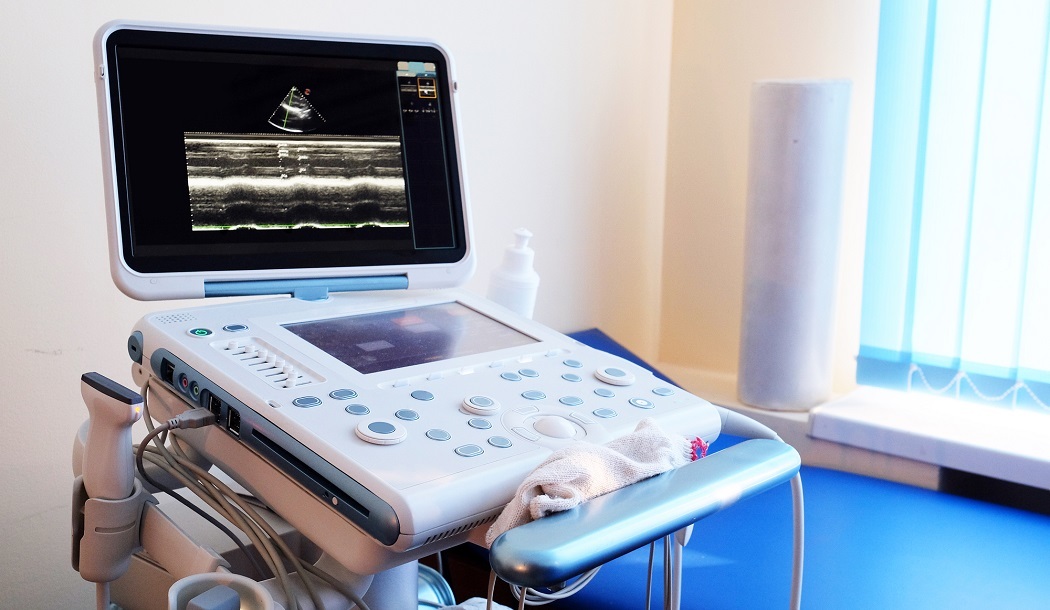 If you’re like most people, you associate the word “ultrasound” with pregnancy and the ability to examine a baby in the womb or determine its gender.

This practice, called fetal imaging, is one of the most common uses for ultrasound. But doctors have also used ultrasounds as a diagnostic tool as well as a cancer treatment for some time.

Recently, they began developing a new and improved ultrasound cancer treatment that’s even stronger and safer than the one before.

Ultrasound, also known as sonography, uses high-intensity sound waves to show what’s happening inside the body. These frequencies are higher than the human ear can hear, hence the “ultra” tag.

An instrument called a transducer sends these high-frequency sounds. The echoes that follow give information about internal tissues and organs. This information is displayed as images on a computer screen. When it comes to diagnostics, ultrasound has an impressive list of benefits:

Ultrasound as a cancer treatment

Though doctors use ultrasound as a cancer treatment, most of the treatments to date use high-intensity bursts of ultrasound. These sound bursts create heat at a single target area in the body to destroy tissue. And that’s the big problem with most therapeutic ultrasound treatments: they kill cancer cells and healthy cells alike within the targeted area.

The latest innovation fine-tunes the ultrasound frequency to seek and target only cancer cells without harming healthy cells.

Michael Ortiz is an Aeronautics and Mechanical Engineering professor at Caltech. Five years ago, he started researching therapeutic ultrasound. He wondered whether cancer cells would vibrate when hit with sound waves of specific frequencies that differ from those of healthy cells, because cancer cells and healthy cells have physical differences – like cellular size, cell-wall thickness, stiffness, and more.

Would those differences impact how the cells vibrated when hit with sound waves?

Ortiz built a mathematical model to show how different cells would react to various frequencies and pulses of sound waves.1

The differences he found meant that a sound wave could be targeted to cause cell membranes of cancer cells to vibrate to the point of rupture, while sparing nearby healthy cells.

Dr. Peter P. Lee is chair of City of Hope’s Department of Immuno-Oncology. He’s also co-leader of the Cancer Immunotherapeutics Program and works in collaboration with Caltech.

He says that if you can hit cancer cells with the right frequency, you can “shatter” them.

The principle behind it is like that of the opera singer who breaks a glass with her voice. This new ultrasound treatment targets cancer based on biophysical properties. And the good thing is that cancer cells can’t mutate to become resistant to this therapy.

From this discovery, a new field of cancer research has emerged called oncotripsy, from the Greek oncos (for tumor) and tripsy (for breaking).

Researchers hope that oncotripsy will one day be used alongside other prominent cancer treatments.

Recently, researchers began testing oncotripsy on a number of cancer cell lines including cells from hepatocellular carcinoma (liver cancer), colon cancer, and breast cancer. They’ve also been testing it on healthy human cells, including immune cells, all with great success. They reported their findings in the journal Applied Physics Letters in January of 2020.2

This research group combined ultrasound with tumor-targeted microbubbles and used them in mice. When they activated the ultrasound, the microbubbles exploded like smart, targeted warheads, blasting holes in cancer cell membranes.

One challenge of using ultrasound in the treatment of cancer is that cancer cells are more unique than you might think. Even cancer cells within the same tumor.

This makes it almost impossible to find perfect ultrasound settings– ones that will kill every single cancer cell. Thus, some cancer cells will survive the treatment.

This approach killed about 80 percent of the tumor cells in the mouse study. Because the ultrasound therapy didn’t kill 100 percent of cancer cells, the researchers also injected an immunotherapy gene to signal the immune system to attack the remaining cancer cells.

The results were impressive.

The mice had tumors on both sides of their bodies. Though researchers only treated one side with the ultrasound therapy, the immune system attacked and reduced cancer cells on the other side as well.

Researchers at the University of Virginia (UVA) are testing a similar targeted ultrasound treatment against glioblastoma, the deadliest brain tumor, which is almost always fatal. UVA Health neurosurgeon Jason Sheehan, M.D., PhD, is leading this research.

In their investigation his team is relying on drugs that help sensitize the brain cancer cells to sound waves.

They hope to expand the technique to other hard-to-treat cancers including lung cancer and melanoma, as well as cancers in other sensitive parts of the body that are hard to access.

Other proposed uses for ultrasound therapy

As exciting as these new frontiers are in the fight against cancer, Dr. Ilovitsh and other researchers hope to use ultrasound as a noninvasive treatment for other diseases too.

Ultrasound shows promise in treating neurodegenerative conditions such as Alzheimer’s disease and Parkinson’s disease. Even though it’s profoundly challenging to penetrate the blood-brain barrier with medications, microbubbles can open the barrier, allowing doctors to treat the brain with ultrasound.

Epilepsy is another possible target for ultrasound therapy in the future.

This is all very exciting stuff. I’ll keep you posted on any new developments in the field.