No Need to Wait For a Cancer “Cure”! – Cancer Defeated

No Need to Wait For a Cancer “Cure”! 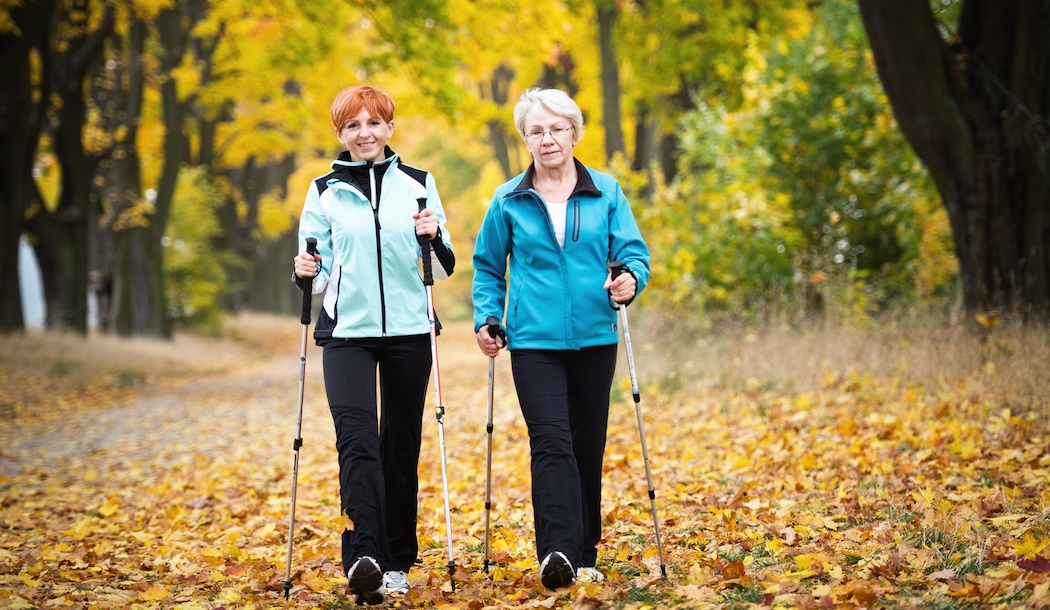 This is the first of two reports about the 2018 Cancer Control Convention and Doctors’ Symposium, held over Labor Day weekend at the Glendale Hilton Hotel in Glendale, California.

Many cancer patients believe that a cancer cure may be decades away — too late to be of any help for them. This is a tragic mistake.

Some patients hope for a magic pill or some kind of razzle-dazzle technological breakthrough that will cure their cancer. One of the speakers at the Cancer Control Convention, Dr. Paul Anderson, N.M.D., does offer state-of-the-art cancer treatments such as hyperbaric oxygen, laser therapy, and hyperthermia.

But he says it’s first necessary to establish a three-pillar foundation to give these treatments the best chance of success.

These three foundational pillars are: (1) food, (2) muscle, and (3) brain. In other words, an anti-cancer eating plan, an exercise plan, and health-promoting thoughts such as forgiveness, gratitude, and mindfulness. It’s worth noting that these three pillars don’t cost anything, since you’re eating anyway, and the other two are free.

On the importance of food, Dr. Anderson said, “If diet isn’t the first and last therapy in cancer treatment, nothing else will work well.” He recommends daily intermittent fasting of 14 to 16 hours during which water only is consumed, leaving a window of 8 to 10 hours in which you do all your eating. He said it’s easy to do and effective.

Typically, this might mean having a couple of meals between 10 AM and 6 PM, and not eating from 6 PM  until 10 AM the following day.

Dr. Anderson said exercise, particularly muscle-building exercise, is important because the patient’s metabolism is anti-cancer when muscles are building, but metabolism is pro-cancer when fat is building. He advises cancer patients to “start where you are.”

You’ve got to move!

The typical cancer patient is a toxic mess, but exercise helps detox the body through perspiration and also by flushing the lymphatic system. Proper lymphatic drainage boosts the immune system, which is often compromised, impaired, or disabled in cancer patients.

Another speaker, a registered nurse and cancer survivor named Carl Helvie, declared, “Exercise is even more important than nutrition when you have cancer!”

He pointed out that exercising for just 15 minutes a day, five days a week, reduces the risk of cancer by half. Exercise has just about the best “return on investment” of any cancer-beating therapy.

It’s easy to understand why. Cancer finds a welcome environment where oxygen is low and circulation is poor. Exercise oxygenates the tissues and boosts circulation of the blood.

Recognizing the importance of oxygen in preventing and treating cancer, the Cancer Control Convention featured Dr. Gerred Popejoy, D.C., a doctor who recommends Nordic walking as the ideal exercise for cancer patients.

Walking has been called the king of exercise because it’s effective and yet mild and easy. Just about everybody can do it. One of America’s top cancer doctors, Dr. Keith Block, M.D., of Illinois, has declared that no patient has ever died the day after doing a three mile speed walk.

The only disadvantage of walking is that it only exercises the lower body, ignoring the upper body. Nordic walking, sometimes called “ski walking,” fixes that disadvantage.

During the summer, Finnish cross country skiers began walking with their ski poles, powering their forward motion primarily with the muscles of their arms and chest rather than their legs. This transformed simple walking from a lower-body exercise to a full-body exercise and kept the skiers in tip-top shape for the next cross country skiing season.

Thirty minutes of Nordic walking equals nearly an hour of ordinary walking, while giving you better posture plus the muscle-building benefits of a full-body exercise like swimming or cross country skiing.

I’ve long been interested in Nordic walking, so I was already pre-sold on the idea and bought a set of poles from Dr. Popejoy. I now enjoy Nordic walking in a park near my home and attest to its benefits. Cancer patients or anyone else looking to improve their health through exercise should take a close look at Nordic walking. Dr. Popejoy has informational and instructional videos on his website: https://nordicwalkingnations.com.

The big takeaway is clear: if you have cancer but aren’t serious about daily exercise, you may be sabotaging even the most effective cancer treatments.

Just say no to sunscreens!

As everyone “knows,” you shouldn’t go to the beach or swimming pool without slathering your body with sunscreen boasting a high enough SPF rating to protect you from tanning or burning.

Elizabeth Plourde, Ph.D., gave a talk that demolished this widely accepted dogma and exposed a little known danger of sunscreens: the contamination and pollution of our pools, lakes, and oceans with the nasty chemicals and nanoparticles in sunscreens. She also gave advice on common sense alternatives to sunscreens that prevent sunburn without blocking the vitamin D benefit of exposure to direct sunlight.

Consider this: In the year 1900 most people worked outside with no sunscreen protection, and skin cancer was rare. Today, most people work indoors and wouldn’t think of going to the beach or a swimming pool without first applying a sunscreen lotion, yet skin cancer is more common than it’s ever been. The more people use sunscreens, the higher the skin cancer rate.

To provide a context for the widespread belief that “sunscreens are good for you,” Dr. Plourde displayed another dubious claim from years gone by: A 1947 advertisement with the headline, “DDT is good for me.” DDT was eventually banned for its harmful environmental effects, but the damage was done. She said, “It’s causing breast cancer in females who were exposed to DDT in the prenatal period.”

As for sunscreens, Dr. Plourde said, “All sunscreens create oxidation, and zinc oxide is also harmful. Sunscreens fail to protect from melanoma and, what’s more, they impair fertility.”

This last point is concerning because infertility and low fertility have become a significant problem in recent decades. Those who may want to have children some day now have an extra reason to avoid sunscreens.

Dr. Plourde is especially concerned about a particularly nasty substance in sunscreens, titanium dioxide, which she says is “everywhere.” She called the widespread use of titanium dioxide a “social experiment” that’s already producing bad effects.

For example, she cited what happened when pregnant mice were exposed to the chemical. When the offspring were born, their brains were full of titanium dioxide, which had altered 1,087 genes that were involved in brain development. She said, “Titanium dioxide harms mitochondria, increases inflammation, alters neurotransmitters, and this could cause the onset of psychiatric disorders in adulthood.”

The main problem, according to Dr. Plourde, is that titanium dioxide is 75 percent nano — meaning that it contains particles that are less than 100 nanometers, which is 1/5000th the width of a human hair. She cited animal studies indicating that the nano particles “increased damage to sperm and increased death in the testicles.”

As if that weren’t bad enough, Dr. Plourde said titanium dioxide has also been approved as a food additive. “We’re eating it. It’s in toothpastes. It’s in candy. It’s in chewing gum. It’s in makeup.” She urged women to look for makeup without an SPF rating.

When the nano particles in titanium dioxide enter a water supply, they can’t be filtered out.

Because sunscreens wash off into oceans and lakes, Dr. Plourde pointed out that titanium dioxide is also in the fish we eat. “Titanium dioxide is bio-cumulative in fish. When you eat fish you’re eating sunscreen chemicals, because these chemicals are in the water.” She’s convinced that sunscreens rather than “climate change” are the culprit in killing the coral reefs.

As for outdoor swimming pools, Dr. Plourde says they’ve become toxic dumps because so many people slather on sunscreens before entering the pool. Some sunscreens are sprayed on, but these sprays are particularly dangerous because the sprays get right into the brain immediately through the nose. (The brain is directly exposed in the nasal cavity.)

Just as DDT was once pushed as “good for you,” so titanium dioxide is now being promoted as a natural substance that’s “kid safe.”

Natural ways to avoid a burn

If sunscreens are bad for your health and bad for the environment, you’re probably wondering what you’re supposed to do to protect yourself from sunburn. Dr. Plourde says the answer is simple: you can eat your solar protection by consuming antioxidants. Sunburn is oxidative damage to the skin, which is caused by too much exposure to sunshine without a good supply of antioxidants. But if you fortify your body with extra antioxidants, she said, your skin will be able to absorb the sunshine without burning.

Dr. Plourde told the story of an Irish lady with VERY light skin who went on vacation in Mexico. While there she ate a high-antioxidant diet and didn’t even turn color! Dr. Plourde has a chapter about the best antioxidants to eat for sunburn protection in the new edition of her book, Sunscreens Biohazard: Treat as Hazardous Waste.