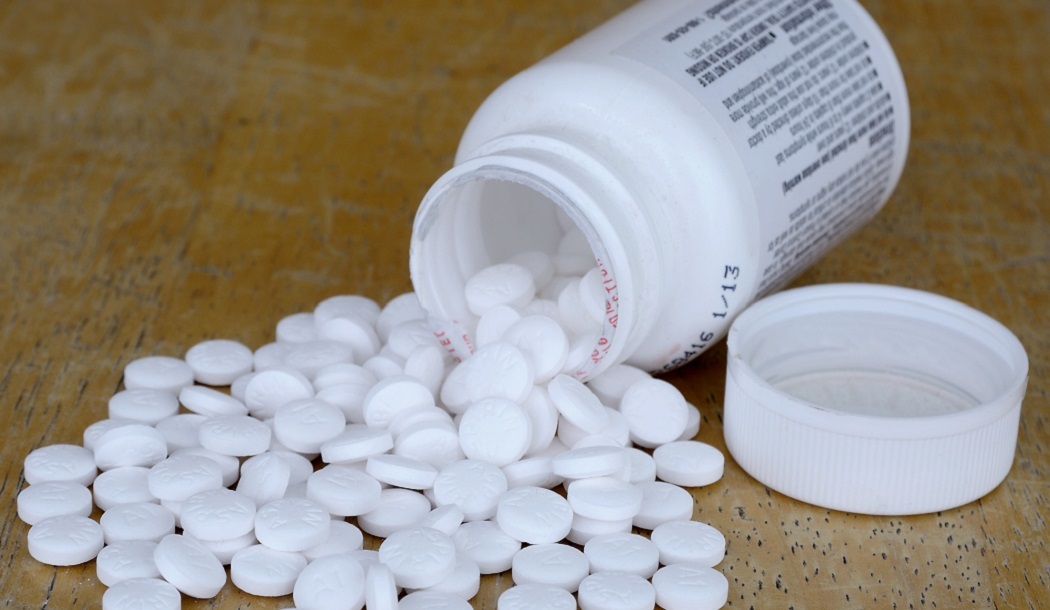 Research now shows that taking a small daily dose of one over-the-counter pill can significantly reduce your risk of cancer.

Researchers believe this pain-killing medication — readily available in most stores — may help stop the cellular changes that enable cancer to take root in the body and grow.

However, this over-the-counter pain pill isn’t for everyone, as it can sometimes result in dangerous side effects. Here’s what you need to know…

This over-the-counter-pill is aspirin. Researchers are studying its effects on cancer risk and coming up with surprising findings.

According to a research review of more than 100 studies at the University of Milan in Italy, taking aspirin is linked to a reduced risk of cancers of the digestive tract, including cancers of the liver and pancreas, which are almost always fatal.

The research analysis reveals that aspirin provides a 22 to 38 percent reduction in the risk of these types of cancer– that’s a significant reduction, in my opinion.1 All the same, I have reservations about this strategy, so keep reading.

Specifically, researchers found that taking a daily aspirin may reduce the risk of:

How much aspirin is needed?

In many cases, the research showed that the more aspirin somebody takes, the lower the cancer risk. Although you should be very cautious, because large doses of aspirin can have serious side effects, which include damage to your digestive tract—the very thing you’re taking aspirin to protect!

To put these dosages into perspective, the standard baby aspirin dose is 81 mg, and doses as low as 75 mg are available. Regular-strength aspirin is 325 mg.

But Dr. Bosetti cautions that the evidence for the protective effects of very high doses of aspirin is not based on a large number of cases and is not as strong as the supporting data for cancer protection from low doses.

Dr. Bosetti explains, “Our findings on bowel cancer support the concept that higher aspirin doses are associated with a larger reduction in risk of the disease. However, the choice of dose should also take into consideration the potential risk of stomach bleeds, which increases with higher aspirin doses.”

Besides the risk of ulcers, I wonder what population of people took an aspirin a day, or more, for years on end, and what other characteristics they might have that don’t apply to the rest of us. Maybe they were following the old recommendation to take a daily aspirin to prevent heart disease (which I don’t endorse), or maybe they had chronic pain, such as arthritis.

Ovarian cancer is considered to be the most deadly gynecological cancer, because most of the time it’s not diagnosed until the late stages of the disease. Researchers think the inflammation that takes place during ovulation triggers the formation of ovarian cancer.

Researchers at Harvard along with scientists at the Moffitt Cancer Center in Tampa, Florida, studied low dose aspirin’s benefits against ovarian cancer risk.

In the Harvard study, low doses of aspirin (100 mg) were linked to a lower risk of ovarian cancer but the standard dose (325 mg) was not. And the increased risk between naproxen and ibuprofen use and ovarian cancer was found in those who took ten or more pills a week, which is more than the label recommends.

Whatever the effect on cancer may be, it’s unique to aspirin and does not generalize to other anti-inflammatories. I find that interesting, because we know inflammation is a major risk factor of cancer. But it does not seem to be the anti-inflammatory benefit of aspirin that explains its impact on cancer risk.

What is it, then?

How does aspirin succeed at preventing cancer?

Although nobody is quite sure how aspirin lowers cancer risk, researchers at the University of Edinburgh in Scotland have uncovered some important clues.

In lab tests they have found that aspirin blocks a key cellular process that makes a cell likely to turn cancerous. They believe aspirin interferes with a molecule called TIF-IA that influences the function of the nucleolus – a structure in the cell that’s involved in the manufacture of proteins.

Dysfunction and enlargement of the nucleolus is considered to be “a hallmark of cancer as it contributes to tumor growth,” the Scottish researchers point out.

When the nucleolus becomes overactive and enlarged, these changes enable the rapid production of proteins that help a cancer cell grow and multiply. The scientists believe that aspirin helps to rein in the nucleolus and may push cancer cells towards apoptosis – programmed cell death.3

There are additional studies that show aspirin can reduce the risk of cancer spreading and metastasizing. A review study in Europe found there’s “extensive evidence consistent with reductions of about 15 to 25 percent in cancer mortality by aspirin.”4

All that being said, the question of whether or not you should take aspirin as a preventive measure against cancer and, potentially other diseases, is complicated.

The Edinburgh researchers say the answer is no.

“Despite the overwhelming proof that aspirin prevents colon and other cancers, these agents are still not recommended for cancer prevention in the general population due to their significant side effect profile,” writes the Edinburgh study’s lead researcher.

But not everyone agrees.

A review of the available research by an international group of researchers concludes that taking aspirin to lower the risk of cancer looks worthwhile. In their opinion, “Prophylactic aspirin use for a minimum of five years at doses between 75 and 325 mg/day appears to have favorable benefit-harm profile.”5

In any case, you must remember that the potential common side effects of aspirin include intestinal bleeding, stomach bleeding, increased risk of hemorrhagic stroke, heartburn and vomiting. Yikes!

If you’re at very high risk for any of the cancers prevented in the research and you decide to take a daily aspirin, you should probably take a baby aspirin, and discuss your decision with a knowledgeable healthcare provider who can monitor you for unwanted side effects.