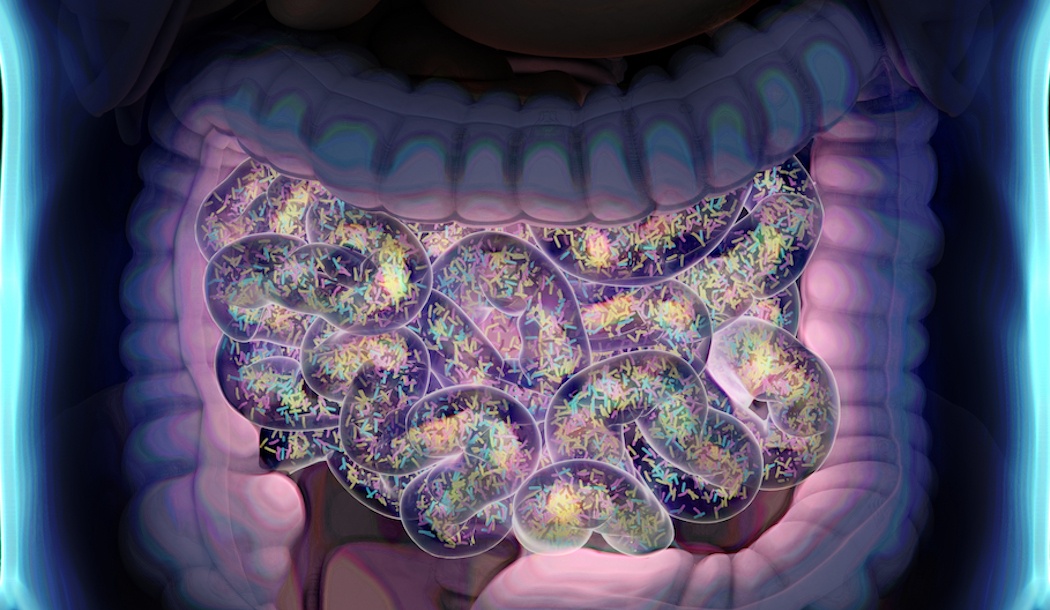 Prostate cancer can be successfully treated, especially in the early stages. But, as with many cancers, some cases don’t respond as well to treatments—whether or not you’re using conventional therapy or alternative therapy.

Now researchers believe they know a reason why. And it starts in your digestive tract…

Once regarded as nothing more than a digestive organ, the gastrointestinal tract, with its vast amount and variety of microbes, is now known to have a huge impact on our overall immune health, including cancer prevention.

Now, in the first research of its kind, unhealthy gut bacteria have been shown to fuel the growth of prostate cancer and sabotage the hormone suppression strategy used to treat it.

What can you do? Scientists have two answers. But first…

Up to a hundred trillion microbes – bacteria, viruses, fungi and other microorganisms collectively called the microbiome – reside in and on the body. This is more than the number of human cells! For example, a person weighing 130 pounds could be carrying up to four pounds of microbial weight.

Some bacteria are considered “good” while others are “bad”, but so long as they are in balance then they’re valuable to us. They work together to perform many vital functions including the assimilation of food, neutralizing toxins, supporting the immune and glandular systems, as well as producing and releasing enzymes, nutrients, hormones and neurotransmitters.

While some bacteria live on the skin and in the mouth, most of bacteria reside in the gut and this is where research efforts have been focused.

Since conventional oncologists often find their treatments work for a time but then fail, scientists wondered if treatment failure in prostate cancer could be linked to the gut microbiome.

A team of scientists from the Institute of Cancer Research, London, the Institute of Oncology Research in Bellinzona, Switzerland, and the Swiss Federal Institute of Technology, collaborated on a research project to investigate the role of the gut in prostate cancer treatment.

What they discovered was fascinating and unusual—at least at first glance.

In advanced cases of prostate cancer this approach is the standard of care.

The research team thought that the gut microbiome could be relevant because while the population of bacteria is normally in a healthy balance, in disease states including cancer, the balance tips in favor of the bad bacteria. This encourages the release of toxins and other molecules that could affect cancer cells and might disrupt patients’ hormones, stimulating cancer growth.

For their research they removed all the gut bacteria in mice with prostate cancer and found this slowed tumor growth and delayed the emergence of hormone treatment resistance.

Next, they took feces from mice that had already developed resistance to hormone treatment and transplanted it into mice that were yet to develop resistance. As a result, tumor growth accelerated.

The scientists went on to demonstrate, remarkably, that in both mice and human patients, gut bacteria counter their androgen suppression efforts by hijacking hormone precursor molecules to manufacture androgen hormones themselves.

Professor Andrea Alimonti from Switzerland explains the process further, saying, “We have found that in these patients the presence of some bad bacteria species increases, taking androgen precursors from food and transforming them into testosterone which enters the circulation.

“In practice, with these bacteria the intestine behaves like another testicle. This additional source of testosterone reduces the effectiveness of the therapy.”

Bacterial “fingerprints” determine who will benefit

In further studies, the researchers transplanted stools of patients with resistance to hormone treatment into mice that were not resistant. This prompted both hormone resistance and tumor growth in the mice.

They also analyzed microbial genetic material from patients’ stools. This enabled them to identify one specific bacterium they thought played a major role in the development of resistance to hormone treatment. The bad bacterium is called Ruminococcus. Fortunately, the research team also found another bacterium that improved clinical outcomes– a good one called Prevotella stercorea.

Further lab work allowed the scientists to identify favorable and unfavorable bacterial “fingerprints” linked to prostate cancer outcome, which could help determine men who would benefit from strategies to manipulate the gut microbiome.

“Excitingly, our research has identified particular signatures among gut bacteria which could indicate that some men with prostate cancer who have these gut bugs are more likely to develop resistance to hormone therapy.

“The next step will be to further explore how we apply these signatures in patients, with the aim of devising tests to pick out men who would benefit from fecal transplants, antibiotic therapy and other strategies to manipulate the microbiome.

“In the long-term, our aim would be to produce a ‘yogurt’ enriched with favorable bacteria to prevent resistance to treatment.”

Professor Alimonti also suggested that these good probiotics could be produced in pill form to increase good bacteria in the intestines, including strains that inhibit the activity of the bad ones.

Professor Kristian Helin, Chief Executive of The Institute of Cancer Research, London, added, “The influence of the gut microbiome on cancer is a fascinating new area of science that we are just beginning to understand. These exciting findings are the first to unveil a mechanism through which the gut microbiome can drive prostate cancer growth and resistance to hormone therapy.

“Understanding how common, good bacteria in the gut – which play a vital role in keeping us healthy – can interfere with hormone metabolism in men with prostate cancer could help us devise new treatment strategies. I look forward to this research moving forward into the clinic and hope that strategies to manipulate the microbiome could make a real difference for patients.”

Keeping your microbiome in top shape

This research proves that it’s more important than ever to support a healthy gut microbiome. One way to do that is to avoid a diet low in fiber and rich in sugar and processed foods. This type of diet is strongly linked to a loss of microbial diversity and the creation of bacterial imbalances, increasing the risk of cancer and other diseases.

On the other hand, a Mediterranean-style diet produces a beneficial microbiome profile.

Prebiotic foods pass undigested through the small intestines to be fermented in the large intestine. They include raw chicory root, Jerusalem artichoke, dandelion greens, garlic, leek, onions and asparagus.

As suggested by Professor Alimonti—and many others over the years— a high-quality probiotic nutritional supplement is vital for boosting beneficial strains of bacteria.