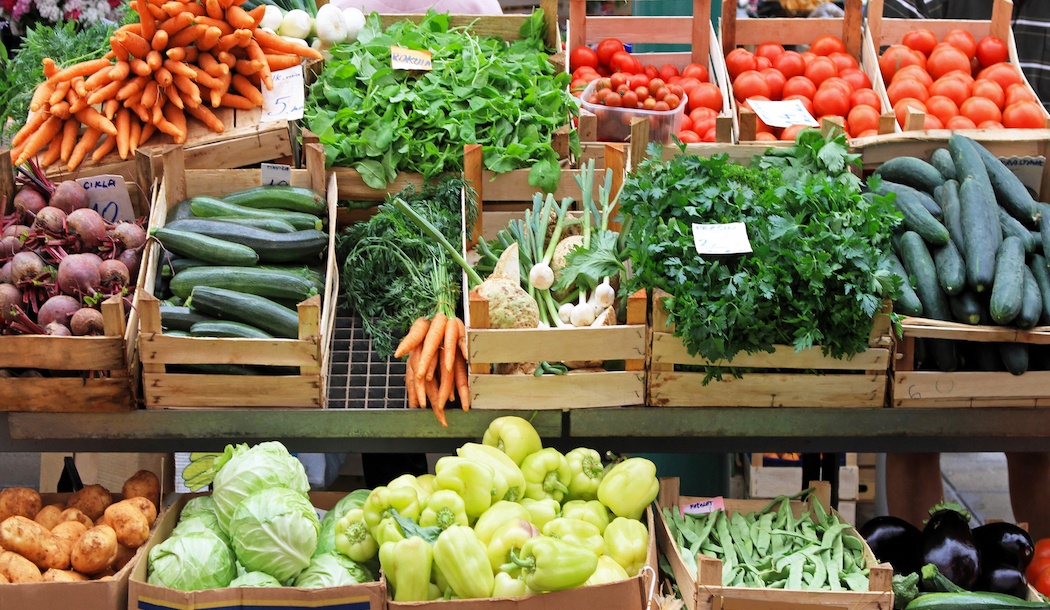 People often ask me if buying organic food is worth the extra money it costs.

Now there’s an exciting extra reason for insisting on organic foods: They contain much higher amounts of cancer-fighting compounds than you’ll find in conventional foods.

They provide your organs and immune system with an extra helping of biological weapons they can use to kill off cancer cells.

The main reason organic fruits and vegetables provide more anti-cancer protection is the higher doses of natural chemicals these plants make to protect themselves against insects, competing plants and microbes.

A great many species of plants contain such chemicals – for example, one might have a compound that kills or repels insects that try to eat it, another might produce an “antibiotic” to protect against a bacterial pest. An organically grown plant just happens to have higher levels than does the same species of plant grown with the help of chemicals.

It’s not hard to see why. Conventionally grown crops that farmers treat with pesticides, herbicides and other chemicals don’t have to fight for themselves. Organic plants have to produce their own defenses.

Conventionally-grown plants, thanks to a farmer’s help, can get by with a less rigorous natural set of self-produced safeguards. In effect, they become lazy, or you could say their “muscles” become weak and their “weapons become rusty.”

So the studies indicate organic crops manufacture higher levels of those safeguarding substances, and it turns out the same substances can help kill another type of pest: cancer cells. All you have to do is eat them, and they can help your body prevent tumors.

Carrots and celery as cancer medicine

Consider the case of polyacetylenes – a prime example of beneficial cancer-fighting compounds that are more abundant in organic carrots and celery than in vegetables grown with pesticides.

Although researchers don’t know for sure why carrots and other vegetables make polyacetylenes, their theory is that the substances chase away insects and, when released into the ground, keep other plants from germinating nearby.1 And research shows that stressed plants that are not treated with pesticides or herbicides make more of these chemicals.2

In our bodies, digesting and metabolizing polyacetylenes produces impressive effects that have caught the attention of researchers around the world:

The California scientists believe that the fact that organic vegetables are fertilized with manure and compost increases these nutrients. Plus, the slower growth of organic produce may also encourage the extra development of beneficial flavonoids.

Other research demonstrates that flavonoids can:9

When it comes to picking out meat and dairy, you’re also better off with organic.

According to a study that involved researchers from a wide variety of countries, cows that eat a 100% organic grass and legume-based diet provide both meat and milk that is richer in omega-3 fats and conjugated linoleic acid (CLA) – nutrients that are good for your health in many ways.11

In lab tests, CLA has been shown to stop the growth of cancer cells and keep breast, colon and prostate cancers from spreading and metastasizing.12 And in a relatively small “proof of principle” study at Dartmouth, researchers found that CLA can disrupt the cell growth of breast cancer by slowing the cells’ metabolism of fatty acids.13

And organic meat’s extra omega-3 fats may also may help the body fight cancer. Research at the University of Illinois demonstrates that when your body takes in omega-3s, it manufactures natural chemicals that interrupt the growth and penetration of tumors.

According to the Illinois scientists, our cells use omega-3s to form anti-cancer substances called endocannabinoids – which have some molecular similarities to substances in marijuana but don’t produce mind-bending effects.14

In lab tests, the scientists found that endocannabinoids hinder the growth of a type of bone cancer called osteosarcoma. In this research, the cancer cells were slowed in their efforts to grow the new blood cells they need for accessing nutrients. The cancer cells also were less able to move around the body and invade other organs, and were more likely to succumb to apoptosis – programmed cell death.

The researchers say they were particularly impressed with endocannabinoids’ ability to keep cancer cells from migrating into other organs.

“The major cause of death from cancer is driven by the spread of tumor cells, which requires migration of cells,” says researcher Timothy Fan.  “As such, therapies that have the potential to impede cell migration also could be useful for slowing down or inhibiting metastases.”

As I mentioned earlier, when you eat organic food you also slash your exposure to pesticide residues in your meals – and many of those pesticides, which are not supposed to be applied to certified organic crops, have been linked to an increased risk of cancer.

Now, because pesticides are so widely used and have been previously dumped on farm fields that are now growing organic crops, no matter how much organic food you eat you can’t entirely avoid these chemicals. They’re too widespread, and some unknown amount of pesticide is often blown onto organic crops from conventional farm fields nearby.

But research in England shows that “the frequency of occurrence of pesticide residues was found to be four times higher in conventional crops, which also contained significantly higher concentrations of the toxic metal cadmium (which is picked up by crops from the soil).”15

All this research makes it clear why I eat organic food whenever I can, but I don’t obsess about it when it’s not available. There are clear benefits to eating organic. But if you still eat mostly conventionally produced food, remember that eating plenty of fruits of vegetables is still the most important way you can improve your diet and health, organic or not.