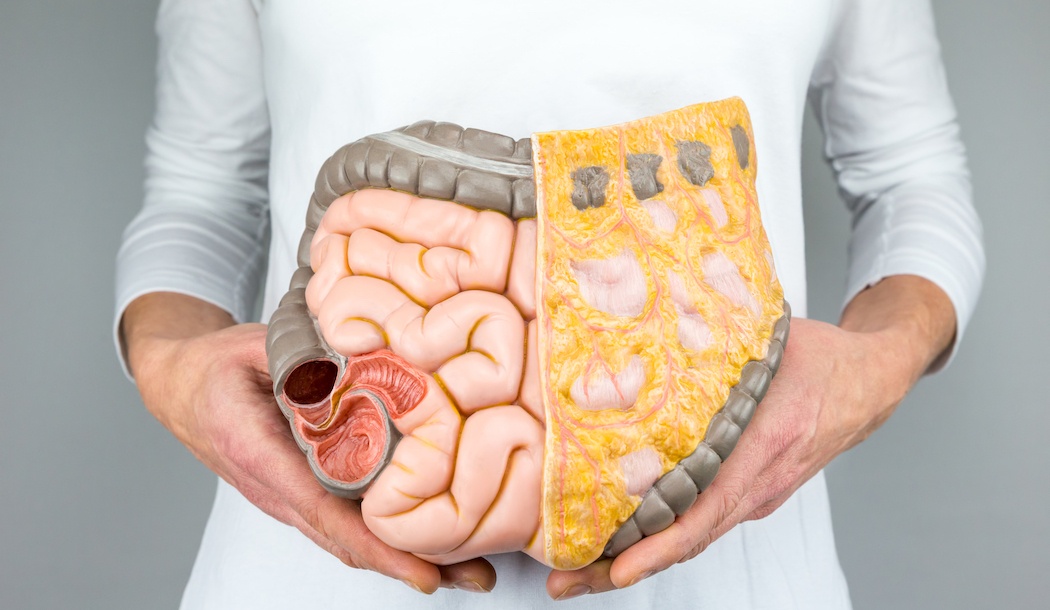 The next time you have an ice cream cone you might want to ask yourself, “Want some colon cancer or IBS with that?”

Medical research says there’s a good chance the sweet treat could be making you sick to your stomach and upping your cancer risk. But the problem is not necessarily the milk or milk fat, or even the sugar (for once)… keep reading and I’ll explain…

Perfect-looking and perfect-tasting food does not always translate into perfect health.

When food companies formulate processed foods so they possess luscious texture and resist spoiling, the additives they use can wreak havoc with your digestion and make you more prone to cancer.

Medical researchers are just beginning to catch up with what these additives do to the digestive tract. The compounds can make profound changes to the lining of the intestines and induce dangerous shifts in the bacteria living down there – changes that make you more susceptible to infection and tumors.

The problem with emulsifiers

A study at Georgia State University looked into chemicals called emulsifiers, which are blended into processed food to keep it from going bad and improve a quality called “mouth-feel.” They found these chemicals affect intestinal bacteria in ways that increase inflammation. And as you probably know if you read this newsletter, inflammation increases your chances of colon cancer and other conditions.1

The additives can change the composition of your microbiota – the bacterial community – in the intestines. Those changes can lead to ulcerative colitis and Crohn’s disease, the two most frequent types of inflammatory bowel disease (IBD), also called inflammatory bowel syndrome or IBS.

According to the Georgia State scientists, IBD is recognized as a promoter of tumor growth. A common name for the resulting tumors is “colitis-associated cancer.”

And even if you don’t get a painful condition like Crohn’s, the overgrowth of bacteria spurred on by these additives can still lead to chronic intestinal inflammation.

“The incidence of colorectal cancer has been markedly increasing since the mid-20th century,” warns Emilie Viennoiss, a research assistant professor at Georgia State. “A key feature of this disease is the presence of an altered intestinal microbiota that creates a favorable niche for tumorigenesis (tumor growth).”

A new and potent explanation for digestive disorders

Tests by Prof. Viennois and other Georgia State scientists has shed new light on how low-grade intestinal inflammation is stimulated by eating dietary emulsifiers.

In a lab study on animals, their research provided details on the harmful effects of two common emulsifiers – polysorbate 80, which makes ice cream smoother, and carboxymethylcellulose, which keeps those annoying ice crystals from forming in ice cream.

You can see why the food makers add this stuff.

The research team found that with emulsifiers in the colon after a meal, malfunctioning cancer-prone cells that might normally self-destruct via a process called apoptosis were more likely to keep dividing and spreading. And the bacteria in the gut began to manufacture extra amounts of signaling chemicals that altered the genetic expression of immune cells and thereby led to the release of inflammatory compounds.

Making inflammation worse with other additives

An added wrinkle to the story of inflammation in the colon has been revealed by scientists at Case Western Reserve University School of Medicine. Their lab tests show that if you suffer from Crohn’s disease, using the artificial sweetener sucralose (marketed under the brand name Splenda) will make your gut problems even worse.2

This research showed that Splenda causes changes in gut bacteria that allow harmful strains of these bugs to penetrate into the intestinal wall. In a healthy gut, the mucus lining of the digestive tract keeps these bacteria out. The researchers found these problems in people who already had Crohn’s disease. Consuming Splenda did not seem to be a problem for people who have not yet developed the condition. (I still recommend against using ANY artificial sweeteners. They have other undesirable effects.)

“Our findings suggest that patients with Crohn’s disease should think carefully about consuming Splenda or similar products containing sucralose and maltodextrin (another additive in the sweetener),” says researcher Alex Rodriguez-Palacios.

This vitamin can help protect you

I thought it was interesting to know that vitamin D has shown promise as a defender of the intestines. It seems like scientists discover new benefits of this vitamin every month.

A study at the Vall d’Hebron Institute of Oncology in Spain shows that a deficiency of vitamin D speeds up the aggressive nature of colon cancer, spurring it to spread.3

The Spanish researchers note that a great many studies show vitamin D limits the growth of cancer cells in many parts of the body. And the Spanish study confirms that vitamin D plays a crucial part in slowing down the action of cellular proteins that stimulate cancer cells to grow and spread in the digestive tract.

But when cancer cells begin to accumulate, the protein forms pools in nearby cells that are on the verge of becoming cancerous, collecting in cells’ nuclei where it acts as a carcinogen.

However, vitamin D and a cell’s vitamin D receptor (VDR) can limit this cancer-increasing process

“Our study has confirmed the pivotal role of the VDR in controlling the anomalous signal that sparks off the growth and uncontrolled proliferation of colon cells which, in the final instance, ends up causing a tumor to emerge,” says researcher Héctor Palmer. “The stimulation of this receptor suppresses the action of the beta-catenin protein, intercepting the series of events that change the intestinal cell into a malignant tumor cell.”

He also adds that while the study didn’t show that vitamin D and VDR prevent cancer from starting, they do limit its aggressiveness and speed of growth.

He emphasizes that if you are continually low on vitamin D – and many Americans are – you have an added risk of falling victim to very aggressive colon tumors.

Vitamin D has also been shown to be useful for other colon conditions. For instance, a study at the UK’s University of Sheffield shows that vitamin D supplements can help relieve the pain of IBS.4

“It is evident from (our) findings that all people with IBS should have their vitamin D levels tested and a large majority of them would benefit from supplements,” says researcher Bernard Corfe.

Of course, supplements aren’t the only way to get vitamin D. Foods like fish, mushrooms and egg yolks contain vitamin D. And your skin makes vitamin D from sunlight.

Plus, researchers in Canada have found that certain probiotics (beneficial bacteria) supplements may help the body use vitamin D more effectively in protecting the digestive tract.5 However, these types of probiotic supplements are not yet available. But I’ll let you know when they are.

Meanwhile, make sure you read food labels and limit foods with emulsifiers. Along with carboxymethylcellulose and polysorbate 80, other commonly used emulsifiers include xanthan gum, lecithin, polyglycerols and carrageenan.

As my readers know, my constant advice is to avoid processed foods, period. Most of the time a food shouldn’t list more than four or five ingredients on the label. If there are more than that, the food manufacturer is probably up to no good. And especially, if the ingredients include things you’ve never heard of or can’t pronounce, don’t eat that food!