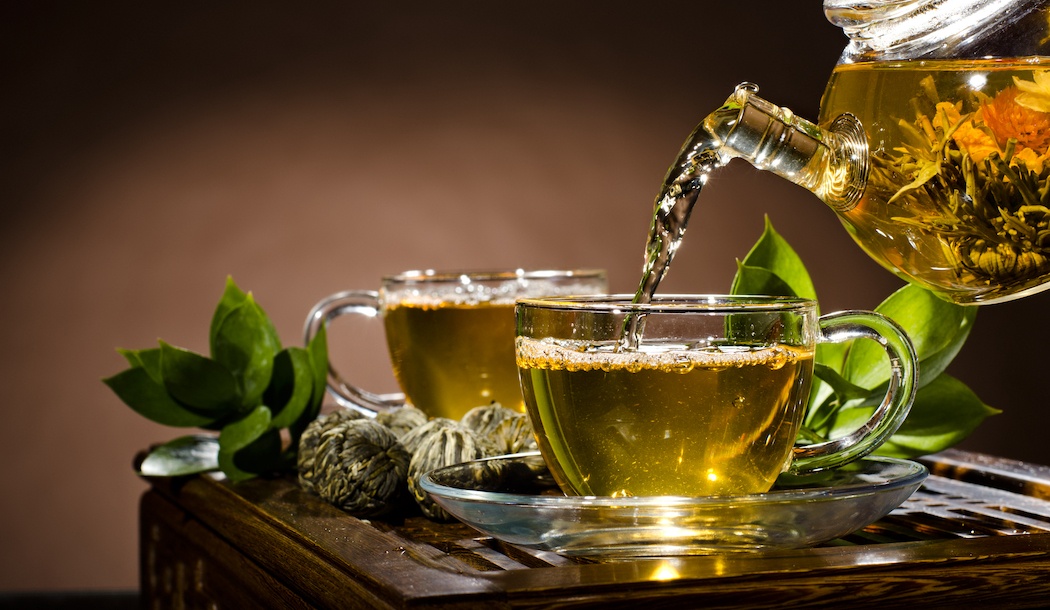 Tea is a great substitute for coffee in the morning if you want to cut back on caffeine. And one kind of tea not only helps you reduce your caffeine intake, but also can help you fight cancer.

Here’s what you need to know about the marvelous cancer-fighting benefits of green tea.

Green tea comes from the leaves of a tea plant called Camellia sinensis. It’s considered a true tea – along with white, black, and oolong teas. It might surprise you to know that each of these teas all come from the same plant and use the same leaves. The difference is in how they’re processed.

Green tea is the least processed out of all the teas, and researchers say that might be one reason why it has so many health benefits, like fighting cancer.

Another epidemiological study found that green tea consumption reduced the risk of breast cancer in a dose-dependent manner, meaning the more tea women drank the lower their breast cancer risk.2

So, what’s so powerful about a cup of green tea?

Scientists believe the main driver of green tea’s health benefits is its chemical antioxidant composition of powerful polyphenols. The most well studied green tea polyphenols include catechins and flavonoids such as:

Of the three, EGCG has the most research documenting its ability to fight cancer. For example, EGCG has powerful free-radical-scavenging properties.4

Free radicals are reactive compounds that wreak havoc on your body. They’re triggered by pollution, smoking, excessive alcohol, inactivity and fried or processed foods. Free radicals cause cancer, premature aging, inflammation, heart disease, and more. Think of them as your body rusting.

Researchers have dubbed this natural anticancer protein the “guardian of the genome” because of its ability to repair damaged DNA and destroy cancer cells. When the p53 gene mutates, cancer can grow unchecked. In fact, studies show that mutations of p53 are present in over half of human cancers. So, the discovery that EGCG can boost p53 activity is big news.

In the study published in the journal Nature Communications, researchers found that EGCG binds with p53 to prevent mutations. Specifically, EGCG protects one end of the p53 protein, called the N-terminal domain, from breaking down.6,7

Rats and mice have been the subjects of much of the research performed on green tea’s cancer-fighting benefits. These studies have revealed that green tea can:

In addition to helping your body fight off cancer, green tea can provide numerous other health benefits. Many studies document how it:

Perhaps most important though, green tea can help you live longer.

But before you pour yourself a nice hot cup of green tea, make sure you’re drinking it properly.

The research shows that green tea’s health benefits depend largely on how it’s brewed.

More leaves mean higher concentrations of cancer-fighting, health-improving antioxidant polyphenols. In addition, hot green tea has more polyphenols than instant, iced, and decaffeinated green teas. But take care in your brewing process. If you brew the tea in water that’s too hot, it can damage the polyphenols so brew your tea at temperatures no higher than 180 F. This is different from black tea, which is brewed by pouring boiling water on the leaves.

You might also consider having a cup of tea without a meal. According to one study, green tea may have more health benefits when consumed on an empty stomach.11

Don’t like the taste of green tea? Not to worry, you can also take green tea or the extract EGCG as a supplement.