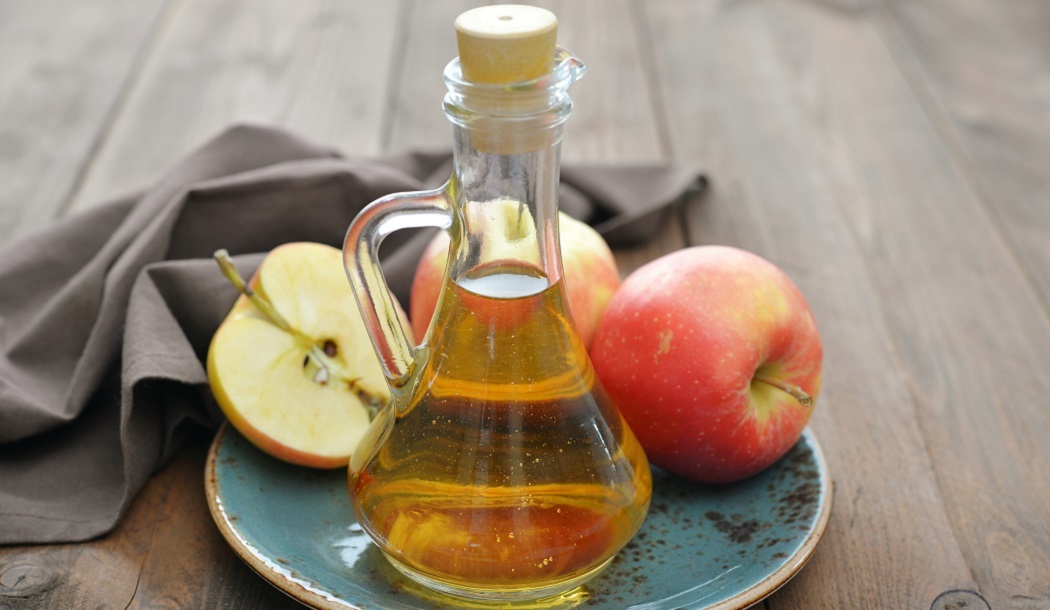 “Sour wine,” or vinegar—apple cider vinegar in particular—has been touted as a virtual cure-all. You’ll find reports of apple cider vinegar improving everything from cardiovascular health and diabetes to curing the common cold, promoting weight loss, even fighting cancer.

Proponents point to apple cider vinegar’s wide array of nutrients, including probiotics, antioxidants, and a vitamin profile similar to that of apples. But in terms of disease prevention and cancer control, what’s the real story?

Apple cider vinegar, or ACV, is just apple juice fermented by adding a little yeast and bacteria on the side. You can buy it at the store for practically nothing or make it cheaply at home. All you need are apples, sugar, water, and time to let the stuff ferment. I’ve read you can even make it with apple peels or cores, so nothing goes to waste.

The combination of yeast and bacteria that forms during fermentation creates something called a “mother,” which counts as a probiotic. If you look at ACV in a bottle, you can see white strands of this “mother” material floating around. Most natural health enthusiasts will tell you that the more “mother” you see, the more healthful the apple cider vinegar will be. But is ACV healthful enough to fight cancer?

That study was in vitro, performed on both human and rat gastric cancer cell lines grown in a laboratory. So the challenge becomes how to apply acetic acid to real tumors in the body.

It’s not feasible to apply it directly to the internal organs of a living person, so the next step is to find ways to deliver acetic acid to tumor tissue. Could that be done through ingesting ACV? It’s yet to be clinically tested in a manner that provides a definitive answer.

While we wait for additional research, here’s some food for thought: Case studies do document ACV helping cancer patients. In fact, the first person to spark interest in ACVs use as an alternative cancer treatment was none other than a famous Nobel Prize winning scientist.

German physiologist and Nobel Prize winner Otto Warburg was the fellow who originated most of the claims about ACV as a cancer treatment. Dr. Warburg believed that cancer is the result of a nutritional problem. If you followed a smart, natural diet, you were less likely to get cancer. Well, I have to say that Dr. Warburg was clearly ahead of his time!

Dr. Warburg investigated the metabolism of tumors and the respiration of cells, particularly cancer cells. His work earned him 46 nominations for the Nobel Prize over a nine-year period. Finally, in 1931, he was awarded the Nobel Prize in Physiology for his “discovery of the nature and mode of action of the respiratory enzyme.”

Dr. Warburg believed it was the low levels of oxygen combined with high levels of acidity—resulting from nutritional imbalance—that caused cancer. His hypothesis triggered heated debate in the science world. People who got on board with his theory believed regularly drinking ACV shifts the body’s pH to alkaline, which helps the body kill cancer cells.

Once again, Dr. Warburg was ahead of his time.

Today, a number of leading natural health doctors use pH as a tool in healing—and preventing— cancer. For example, patients with certain cancers shown to grow in an acidic environment are encouraged to consume more leafy green vegetables for a more alkaline body.

Meanwhile, they’re asked to reduce their consumption of red meat and refined grains and sugars, which acidify the body. It’s a main reason why juicing is so popular in alternative cancer treatment.

Interestingly, I’ve heard debate among natural health doctors about which cancers flourish in the acidic environment, and which flourish in an alkaline environment. Believe it or not, some doctors believe that certain prostate cancers will continue to grow in an environment that’s too alkaline.

As with anything though, you can move your pH too far either way and trigger problems when it comes to fighting cancer, or any disease. This is why most natural health doctors don’t recommend juicing as a “stand-alone” treatment for cancer.

But many natural health doctors will agree that regular juicing of leafy green vegetables and avoiding refined foods is a smart addition to any alternative cancer treatment protocol. And yes, some of them do recommend apple cider vinegar to help cancer patients and people who are fighting other chronic health problems.

Flood your body with antioxidants
and balance blood sugar

What is certain is that ACV and other types of vinegar are good sources of antioxidants. Of course, antioxidants help your body fight off oxidative damage that can trigger normal cells to turn cancerous.

ACV in particular has quite a few B-vitamins and polyphenols (plant-based antioxidants), such as catechin and caffeic acid. Supplements of both of these are recommended in a number of cancer-fighting supplement protocols.

Vinegar also helps balance blood sugar, as noted in the Journal of Food Science. This is important, because people with Type-2 diabetes are twice as likely to develop liver or pancreatic cancer. They also run a high risk of developing colon, bladder, or breast cancer.

Other benefits to ACV include improving weight loss, lowering bad cholesterol (LDL) and increasing good cholesterol (HDL). ACV also helps with overall digestion, probably due to the natural probiotics inside the “mother”.

ACV every day keeps the doctor away

At the end of the day, apple cider vinegar is a safe and beneficial supplement for almost everybody. It’s no cure-all, and it’s not a substitute for a healthy lifestyle, but when used as a nutritional supplement ACV does offer health benefits that can help all of us.

The best results from ACV occur from daily intake. Two tablespoons a day is a general recommendation for health maintenance. Some folks like to drink it hot, mixed with honey and water—it is vinegar after all so it has a strong, tart taste.

Others recommend mixing it with seltzer water and a squeeze of lemon. Still others add ACV to smoothies or vegetable and fruit juices.

Two considerations: The acid in AVC can erode your tooth enamel. If you decide to drink it regularly, I’d do it with a straw or rinse your mouth out with water afterwards. And if you struggle with acid reflux, ACV might aggravate your condition, so try substantially diluting it with water before drinking.

Finally, if you have any kind of chronic kidney disease, use ACV sparingly or under the observation of a natural health doctor, because the acetic acid can cause an extra burden on your kidneys.