Popular Breast Cancer Drug Affects Memory—Here’s What You Can Do About It…. – Cancer Defeated 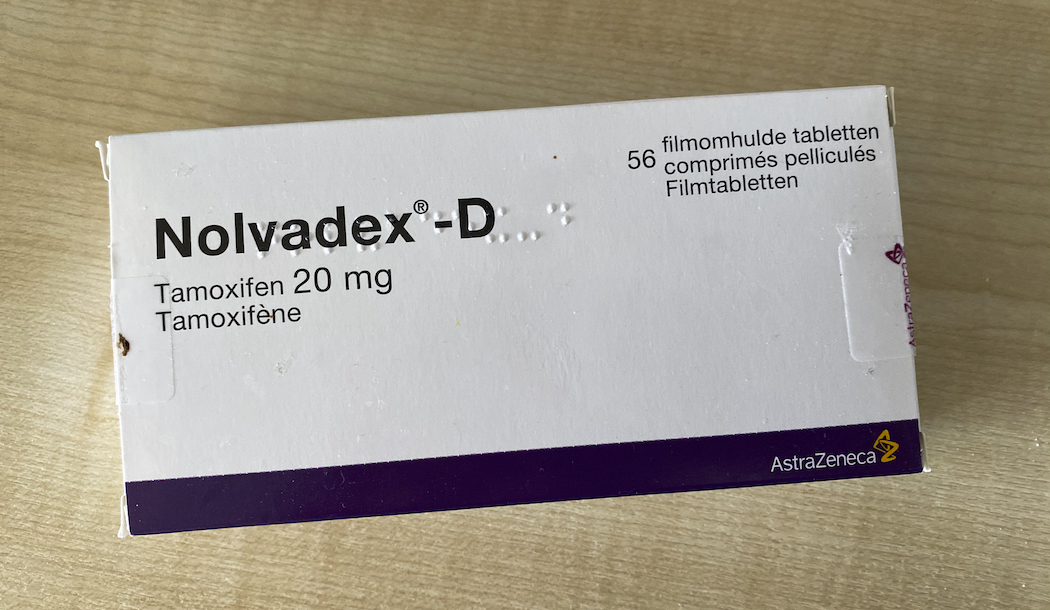 Doctors have been prescribing tamoxifen for more than 40 years to treat breast cancer in women and men (yes, a few men get breast cancer). Doctors may also prescribe it as a preventative strategy for women at high risk of developing breast cancer.

But research from the University of Rochester Medical Center shows that while this drug is working to curb growth of cancer cells…it also seems to poison your brain cells and cause foggy thinking!

Tamoxifen is one of the most popular breast cancer drugs around. It’s not a cytotoxic (cell-killing) type of chemotherapy, but a type of hormone therapy designed to block estrogen receptors on breast cancer cells.

You see, some breast cancer cells need estrogen to grow. These cells have receptors that become active when estrogen locks onto them. Because the drug compounds bind to these receptors, estrogen can’t. It’s as if another car has already taken the parking space the estrogen was planning to use.

Tamoxifen essentially acts as a sort of blockade to stop the growth of estrogen sensitive tumors.

But manufacturers warn it does have some common, unpleasant side effects including:

Manufacturers probably don’t want to add a warning to this lengthy list, but if they’re going to tell the full truth they need to alert users that tamoxifen may also damage your brain cells, resulting in memory loss.

According to lead researcher Mark Noble, Ph.D., director of the Stem Cell and Regenerative Medicine Institute at the University of Rochester, the drug produces symptoms including what is known as “chemo brain.”

Cancer patients often use the terms “chemo brain” and “mental fog” to describe thinking and memory problems that can occur after the brain is treated with chemotherapy or radiation.

The new research seems to back up anecdotal evidence that patients taking chemotherapy drugs may experience similar troubles.

According to the Mayo Clinic, cancer survivors who’ve taken tamoxifen and other chemotherapy drugs often describe cognitive symptoms as follows:

The American Cancer Society said that for most people, cognitive effects happen quickly and only last a short time. But for others the mental changes can be long-term.

The University of Rochester research team identified the types of cells in your central nervous system that could be most impacted by the toxic cancer drug. One type called O-2A/OPCs (oligodendrocyte-type 2 astrocyte progenitor cells) are the cells that make a type of insulation called myelin that helps protect nerve cells.

According to findings published in the Journal of Neuroscience, Dr. Noble’s team found that exposing these cells to clinically relevant levels of tamoxifen for 48 hours killed a whopping 75 percent or more of the cells!

But it is possible that the research also may have found…

A silver lining to this dark cloud

After studying tamoxifen’s effect on central nervous system cells, Noble’s team next examined a group of 1,040 drugs already approved for human use or being used in clinical trials. They identified a compound called AZD6244 that seemed to protect the O-2A/OPCs myelin cells from tamoxifen damage.

Post-doctoral fellow Hsing-Yu Chen, Ph.D., led the research examining the effects in mice who received a mix of the drug AZD6244 along with tamoxifen. The results?

According to a University of Rochester press statement, the researchers noticed that cell death came to a screeching halt in the area of the brain that has the largest amount of myelin, the corpus callosum.

What’s more, it seems that the protective effects of AZD6244 appear to only protect the myelin cells, not cancer cells. The drug seems to enhance chemotherapy’s ability to target and destroy cancer cells.

The Rochester lab hopes to steer future efforts toward identifying the specific dose of AZD6244 needed to protect nerve cells from the destructive force of chemotherapy drugs. This study only deals with tamoxifen, but hopefully AZD6244 will turn out to neutralize the brain-damaging effects of a wide range of drugs.

Readers of this newsletter don’t need a reminder (but here’s one anyway) that I resist turning to chemotherapy as a first defense following a cancer diagnosis. Chemo brain is just one more reason to steer clear of it.

But in the real world, I know people are usually frightened or pressured into using conventional treatments anyway – so the information above may be helpful. And – although I’m a hard case – I’m the first to admit that conventional treatments can be successful for early-stage cancer, and I’m not critical of people who follow that route. So, one way or another, you may someday find yourself on the receiving end of a tamoxifen prescription.

Is there a natural alternative to tamoxifen?

Certain supplements including DIM (di-indolyl methane) are thought to snap up those estrogen parking spots and might therefore be a sort of natural replacement for tamoxifen. DIM is readily available in health food stores or on the Internet. It’s often recommended by alternative health experts to treat or prevent breast and prostate cancer.

Your body creates DIM as a metabolic byproduct of digesting cruciferous vegetables like broccoli, cabbage, and cauliflower. Off the top of my head, I don’t know what quantity of these vegetables you’d need to eat to achieve a medicinal dose of DIM. Probably a lot. So, the supplements are handy (I take DIM myself).

Another thing you can do is implement lifestyle strategies that will eliminate excess estrogen that can nourish hungry cancer cells.

You can eat plenty of whole grains, fruits, and vegetables to get the vitamins and natural antioxidants that boost your immune system. Regular exercise can help you manage stress—which can wear down your body and leave you wide open to disease-causing germs.

You can also try to avoid unnecessary exposure to hormone- influencing toxins. Unfortunately, many of the products people use in the home, garden, and as health and beauty aids contain harmful chemicals that mess with your hormones, as we’ve reported in the past.

It’s worth making an extra effort to purchase safer, chemical-free products. And get rid of any plastics that contain Bisphenol-A (BPA), a polycarbonate that’s used to harden plastics.

It’s found in everything from CDs and dental fillings to sunglasses and metal cans. BPA acts as a synthetic form of estrogen—which is the last thing you need when battling cancer or attempting to reduce cancer risk.

The optimal result would be that your healthier lifestyle choices help you avoid the need for any health-damaging chemotherapy treatments!