Popular Ingredient in Natural Products Can Tackle Cancer, Too 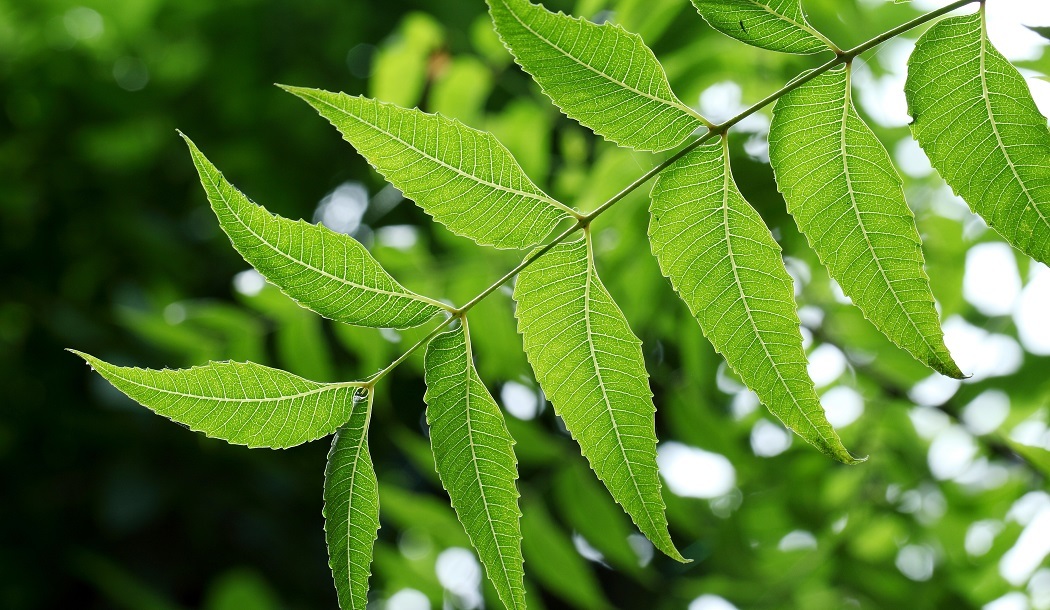 During the past decade, medical researchers have finally begun waking up to the fact that a plant used in traditional medicine for more than 4,000 years can take on cancers that have stumped modern doctors.\

When I looked at the latest research on neem’s anti-cancer effects, I found the topic is pretty hot.

The ancient medicine causing the stir comes from neem, a tree whose seeds, sap, leaves, roots, bark, fruit and flowers have long been a source of treatments in Ayurveda – India’s traditional medical system.

Neem is a mainstay of Ayurvedic practitioners. They use it to banish parasites, increase personal energy, ease arthritis, improve gum health, lower blood pressure and fight cancer. It has also been used as a contraceptive. (So if you’re pregnant, you should not use neem.)

These days in the U.S. you can find neem in natural toothpastes, soaps, shampoos, lip balm and more. I don’t think it’s as popular as an ingested remedy, but maybe that should change. . .

For example, tests in Germany are looking at how a substance called nimbolide, extracted from neem seeds and leaves, can kill cancer cells that resist chemotherapy and other modern cancer drugs. According to the German scientists, analyses of nimbolide’s anti-cancer actions show it can:1,2

Most likely these drug-resistant cells are cancer stem cells, able to change their shape to outsmart chemotherapy drugs and (I suspect) some natural remedies, too.

So far, it seems MDR cancer cells haven’t figured out how to outsmart the neem extract.

In lab analyses, the German researchers have found that many of the cellular changes and mutations that cancer cells use to evade being killed by conventional drugs don’t work against nimbolide. Plus, when nimbolide is added to chemotherapy, say the investigators, it can increase the effectiveness of the chemotherapeutic agents in wiping out cancer cells.3

Meanwhile, studies at Texas Tech have examined how nimbolide can be used to stop pancreatic cancer.4 Similar to other natural treatments, nimbolide leaves normal cells unharmed while shutting down cancerous growths.

Here, too, studies show that nimbolide closes the door on cancer’s spread to other parts of the body – the process called metastasis.  Nimbolide slowed it down by about 70 percent. That’s an important finding, because generally it’s not the primary tumor that kills a patient. Research shows that cancer metastases account for four out of five cancer deaths.

The Texas researchers also note that nimbolide increases apoptosis – programmed cell death – among pancreatic cancer cells by 80 percent. And the fact that people in India eat neem, says researcher Ramadevi Subramani, “suggests that using nimbolide for pancreatic cancer will not cause adverse effects like chemotherapy and radiation typically do.”

A pill for prostate cancer?

Other researchers have found that nimbolide may help in the fight against prostate cancer. Tests in Singapore indicate that the compound taken orally may shrink prostate tumors by 70 percent while slashing by half prostate cancer’s potential for spreading to other organs (so far these tests were performed on animals.)

According to researcher Gautam Sethi, “We have demonstrated that nimbolide can inhibit (prostate) tumor cell viability — a cellular process that directly affects the ability of a cell to proliferate, grow, divide, or repair damaged cell components — and induce programmed cell death in prostate cancer cells.”

In these lab tests (again, I’m stressing, on animals), the scientists found that taking nimbolide pills could slow the growth of prostate cancer because the remedy restricts the activity of an enzyme that prostate cancer cells use to fight off oxidative stress and to then spread in the body.5

Dr. Subramani and his colleagues in Texas are also studying another neem compound called gedunin. While nimbolide is usually made from neem’s leaves and flowers, gedunin comes from neem’s seed oil.

Dr. Subramani’s tests show that gedunin restricts cancer growth by interfering with the signaling proteins that cancer cells release.6 These signals transfer information from each cell’s nucleus to its membrane. When gedunin disrupts this communication, cancer cells are more likely to die from apoptosis.

In addition, tests at the Georgia Regents University Cancer Center show that gedunin can stop cancer cells from “hijacking” protective chemicals – meant to protect normal proteins – for their own defense. These substances are called “molecular chaperones.” They usually function to keep a cell’s normal proteins intact, but cancer cells manage to turn them against us.

Gedunin, however, can put a stop to that. It disrupts these misguided chaperones and thereby causes cancer cells to once again destroy themselves via apoptosis.7

In another vein, researchers have uncovered characteristics of neem that lead them to believe it can be used to prevent cancer as well as treat it.

In one lab study, researchers found that giving neem leaf extracts to animals increased their supply of natural killer cells that have the ability to fend off melanoma.8

And as researchers in India point out, neem extracts seem to be particularly potent in improving and increasing the activity of immune cells generated by the spleen, an organ they call “one of the most pivotal organs involved in immune regulation.”9

The details are too involved for this article, but the researchers name a long list of cancer-fighting immune cells and immune system activities that neem mobilizes in the body to keep cancer from taking hold.

The more I read about neem, the more I’m astounded by its collection of health-boosting and anti-cancer compounds. It’s obvious that science has only scratched the surface of its benefits so far. As researchers point out, “The main relevant aspect of neem is its chemical complexity. The peculiar character of neem is the variability of the composition of its drugs and derived products.”10

And that variability should keep them busy ferreting out neem’s anti-cancer benefits for a long time.