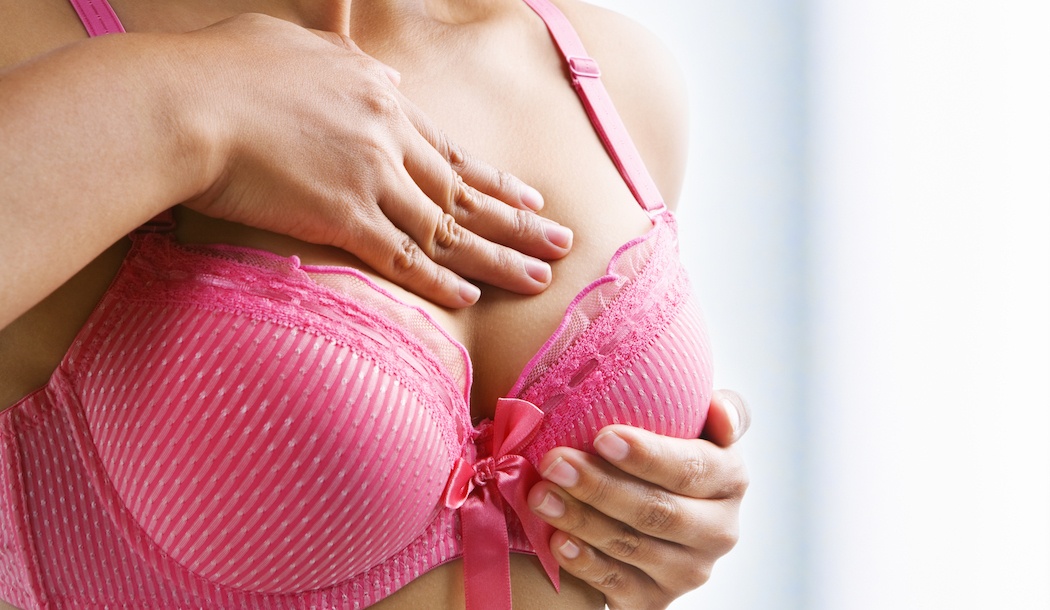 The idea that bras may increase the risk of breast cancer will inspire a few snickers, no doubt. And it’s not a widespread belief – it’s pretty much the private crusade of just a few people.

But I’m impressed enough with their evidence to take it seriously. Here’s the full story – you decide. . .

For starters, breast cancer incidence right now is higher than ever. It’s a worldwide epidemic. Our medical community has been pushing for more answers on how to lower the risk of breast cancer, and we’ve made excellent strides over the years.

Confirmed risks include hormones, radiation, certain chemicals, obesity, alcohol intake, and some genetic factors. All have been identified as causes of breast cancer.

But the bulk of the research on causes centers on things inside the body. Little has been done to understand how cultural influences might impact the disease – and clothing, in particular. That’s where taking a look at applied anthropology and the study of lifestyle and self-expression are of surprising help.

If you look at bras and breasts the way an anthropologist does, you’ll see our society has an intense preoccupation with that particular area of a woman’s anatomy. Most apparel is designed to make a woman more attractive to men.

But those bras also contribute to increasing, and perhaps even triggering the development of breast cancer. Anyway, that’s the premise of the book Dressed to Kill: The Link Between Breast Cancer and Bras (2nd edition) by Sydney Ross Singer and S. Grismaijer.

The idea may seem laughable at first blush – but the authors back up their claims with hard evidence from medical research performed by others in the breast cancer field, which I’ll share with you today.

This is certainly not the first time a medical malady has been tied to underwear. For example, tight briefs contribute to male infertility. It happens because the briefs hold men’s testicles so close to the body that their temperature rises to a level that depresses sperm count.

When it comes to bras, consider research from the journal Annals of the Rheumatic Diseases about women whose bra straps were so tight they experienced nerve damage that went all the way down their arms to their hands. Sometimes they even developed rounded shoulders and neck pain. The women were suffering from something known as costoclavicular syndrome, a disorder first identified in soldiers with heavy knapsacks.

In another study, this time out of Germany, obese women with large breasts developed lesions on their shoulders, underneath where their bra straps sat.

Then it was a 1980 article in Clinical Obstetrics and Gynecology that first pointed out how too-tight bras can interfere with a new mother’s ability to produce milk.

Finally, a 1991 study by Harvard researchers and published in the European Journal of Cancer found that premenopausal women who did not wear bras had half the incidence of breast cancer of those who wore them. Worded differently, wearing a bra increased breast cancer risk by 100 percent.

The stealthy way toxins get trapped in breasts

As authors Singer and Grismaijer put it, women are unknowingly pulling the trigger for breast cancer themselves – “but the gun is loaded by society.”

Their research points to the constricting confines of the bra as a tax on the body’s lymphatic system, which is unable to flush out toxins efficiently when it’s being constrained by something tight, because the pressure impairs tissue drainage through the lymphatics.

And because of the lack of drainage, toxins become concentrated in constricted breast tissue, causing longer-term toxin exposure to the breast.

Add to that the fact that most women – especially those living in America – are exposed and then re-exposed to toxins as a part of everyday life.

Singer and Grismaijer believe the constricted breast tissue can degenerate and ultimately become cancerous thanks to concentrated daily toxin exposure and the inability to drain out those toxins due to restrictive bras.

It’s a process that takes years… but considering that many women wear bras daily, and sometimes also at night, from the time they’re in their teenage years and for decades beyond…

Well, it seems very feasible. Especially when you look at the important role of lymphatic drainage in our bodies.

To be clear, the authors are not saying bras cause breast cancer. The problem is extraordinarily tight bras, often worn 24 hours a day for decades, that appears to lead to the degeneration of cells in the breast.

This could be a lesson in history repeating itself

The intention of this research is not to have women start burning bras in the streets or to roll out lawsuits for lingerie companies. Rather, the point is simply to change the way we look at bra usage. If the way a bra is currently constructed could contribute to breast cancer, why not look into redesigning it? It might save countless lives.

I hope more research follows. And to the doubters, don’t be too quick to discount it. Once upon a time, people laughed at the idea that cleanliness was connected to health. During the eighteenth and part of the nineteenth century, physicians did not wash their hands between meetings with patients and handling diseased or dead bodies.

The result was high loss of life among newborns and women who’d just delivered those babies. In some hospitals, as many as half died. It’s safe to say hundreds of thousands of lives could have been saved if doctors and midwives had simply washed their hands.

To us, it’s shocking because nowadays we know that unwashed, bacteria-laden hands transmit disease. Is it so impossible then to believe that a hundred years from now, people might look back with shock that women during this era spent so much time harnessed tightly in clothing that contributed to cancer? Only time will tell…