Pray Cancer Away? Science Says it Might Be Possible - Cancer Defeated

Pray Cancer Away? Science Says it Might Be Possible 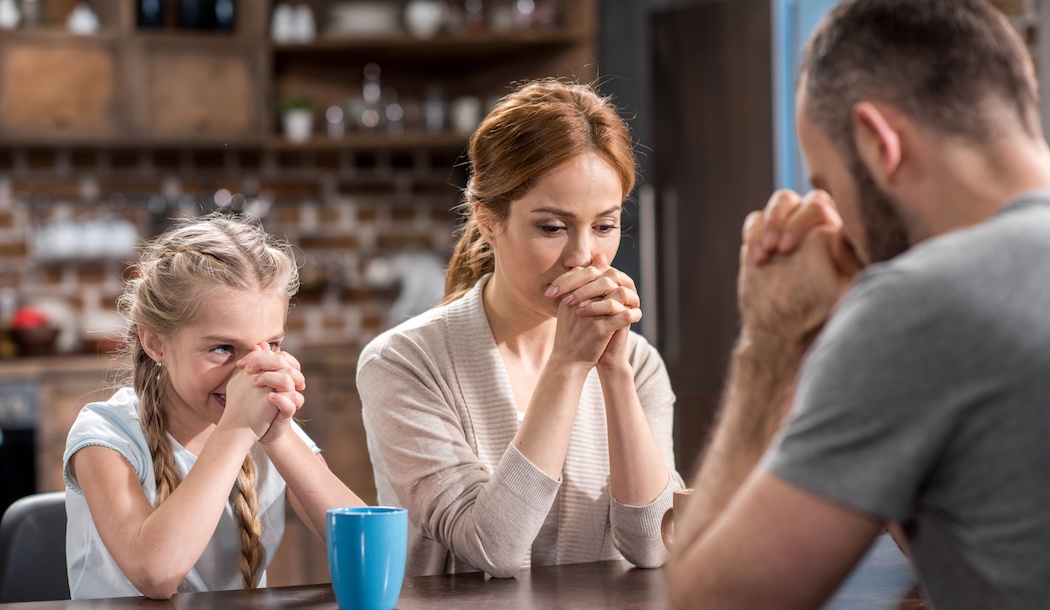 Whether or not you believe in the power of prayer, researchers have what you may find to be surprising news.

Prayer may help you avoid cancer.

When you pray, your body can undergo microscopic physiological changes that make you more resistant to cancer. Some of these beneficial changes can even occur when you pray for the better health of somebody else.

If you’ve been reading up about cancer, you probably know that inflammation – harmful malfunctions by the immune system that occur when immune cells become over-active – can make you more vulnerable to the development of tumors.

Well, research shows that prayer can calm down inflammation and potentially lower the risk that it will lead to the type of uncontrolled cancerous cell division that can threaten your life.

A central player in the power of prayer is a protein that most people have never heard of. It’s made by your cells and can spur inflammation by signaling to immune cells that they should converge on one place in your body in large numbers to defend against an infection or organ damage.

Unfortunately, during chronic inflammation, there’s generally no problem that needs to be fixed by the immune system, so this protein’s false alarm can cause the destruction of healthy tissue and pave the way for the body’s cells to become cancerous.

The protein that often acts like a battle cry is called N-F-kappa-B
(NF-kB).

Researchers refer to NF-kB as a “Dr. Jekyll and Mr. Hyde” molecule. When the body needs a quick fix – patching up damaged tissue or subduing harmful invaders – NF-kB is a crucial first responder, a Dr. Jekyll good guy who helps mobilize the body’s immune defenses.

Meanwhile, under normal circumstances, i.e. when not sounding an alarm, NF-kB spends most of its time silently present in each cell, waiting for the proper opportunity to spring into action. Most of the time, that only happens when a virus or malignant strain of bacteria appears.

At those times of real danger, NF-kB excites the genes that set off inflammatory responses – promoting cell reproduction and keeping cells from dying.

But when NF-kB becomes hyperactive – turning into the evil Mr. Hyde – it gets into the cell’s nucleus, stays there, and continues to promote inflammation even when that’s physiologically unnecessary. It can be a key player in helping cancer get started.

Under these circumstances, when a cell becomes cancerous, NF-kB’s ability to help keep a cell from dying becomes a liability. You want cancer cells to die.

“In cancer cells without any stimulation you can see this nuclear form of NF-kappa B. The cell just won’t die because of this. That is why NF-kappa B is so important in cancer,” explains Lin-Feng Chen, a medical biochemist at the University of Illinois who has studied these cellular processes.1

Aside from being involved in the initiation of cancer, this protein can help cancer evade the body’s immune defenses that are supposed to keep cancer in check. In this way, researchers at Ohio State have found, during the hidden immune changes that often go on inside your body, NF-kB can help cancer cells spread more rapidly and easily.2

The Ohio study focused on how pancreatic cancer cells avoid being consumed and destroyed by immune cells called macrophages – cells that are designed to roam the body, surrounding and gobbling up misbehaving cells. The research shows that NF-kB helps the cancer cells produce other proteins that stymie the macrophages. It makes these immune cells unable to manufacture the chemicals they require to destroy the cancer.

“We believe that this mechanism for disarming macrophages develops early in cancer cells, enabling small tumors to survive and grow,” says researcher Denis Guttridge.”Overall, our results reveal that NF-kB is responsible for the synthesis and secretion of GDF-15 (another harmful protein) from pancreatic tumor cells.”

Prayer to the rescue

So what can you do? Pray. At least it appears to help.

According to researcher Ivana Buric, who works at the Brain, Belief and Behavior Lab at Coventry University in England, an activity like praying acts as a mind-body intervention (MBI) that causes responses in our neurons that alter gene expression. These epigenetic gene effects, which are not well-understood, reduce the production of Nf-Kb.

“These activities are leaving what we call a molecular signature in our cells,” she explains. “Put simply, (they) cause the brain to steer our DNA processes along a path which improves our wellbeing.”

In a review study at Coventry University in England, Buric and her colleagues found that praying could reduce inflammation by changing the behavior of genes that are linked to NF-kB and yield a “reversal of pro-inflammatory gene expression pattern.”3

Furthermore, other studies show that entering the kind of meditative state you can achieve with prayer may allow you to “produce a decrease in pro-inflammatory gene expression related to NF-κB.”4

Praying can offset other proteins, too

Incidentally, NF-kB isn’t the only cancer-linked protein the body makes that praying can offset. A study led by researchers at the University of Michigan shows that praying can keep the level of inflammatory C-reactive protein (CRP) under control as well.5

In these tests, which involved about 1,600 people, the scientists were investigating the connection between traumatic events in people’s lives and the levels of CRP in their blood. In general, the more trauma you suffer, the more CRP you possess, which increases your inflammation. But the study shows that praying can disconnect this link and reduce inflammation.

And, interestingly enough, in this research the people being studied who benefited weren’t even praying for themselves. They were praying for the well-being of other people!

Even besides the measurable physical benefits of praying, other research has demonstrated the psychological and emotional results that accompany praying. For instance, a study in Florida shows that along with improved physical health, folks with cancer who feel more in touch with their spiritual selves don’t suffer as much with the pain of cancer or cancer treatment. They also have a better ability to cope with the normal tasks of daily living.6

And a study at Northwestern demonstrates that cancer patients who pray and express their spiritual beliefs enjoy better mental health. These people have less anxiety than those who don’t pray and also enjoy less depression or general feelings of distress.7

Additionally, an investigation at the University of Massachusetts found that among women with advanced ovarian or lung cancer the women who prayed had good success finding ways to cope with their illness while they experienced a “renewed appreciation for life, provision of strength and courage, and gained a stronger spiritual connection.” This study discovered that praying for others helped the women achieve better emotional health.8

With all this evidence for the usefulness of prayer, it’s no wonder that surveys show nine out of ten Americans have prayed for healing at some time in their lives.

An analysis at Baylor University demonstrates that:9

One thing to keep in mind about the power of prayer: Many researchers attribute its benefits to what’s called the “relaxation response,” a physical reaction that lowers stress. Consequently, these scientists believe you can get the same benefits through activities like yoga and meditation.

But whatever you choose, I’m convinced by this research that getting in touch with your spiritual side and acknowledging higher powers in the universe has a powerful influence on health. We would all be wise to take advantage of this health-booster.

Switching topics, you may also want to take advantage of safe, natural deodorants and antiperspirants. As we explained in the last article (running again below), the conventional ones contain some potentially deadly substances.