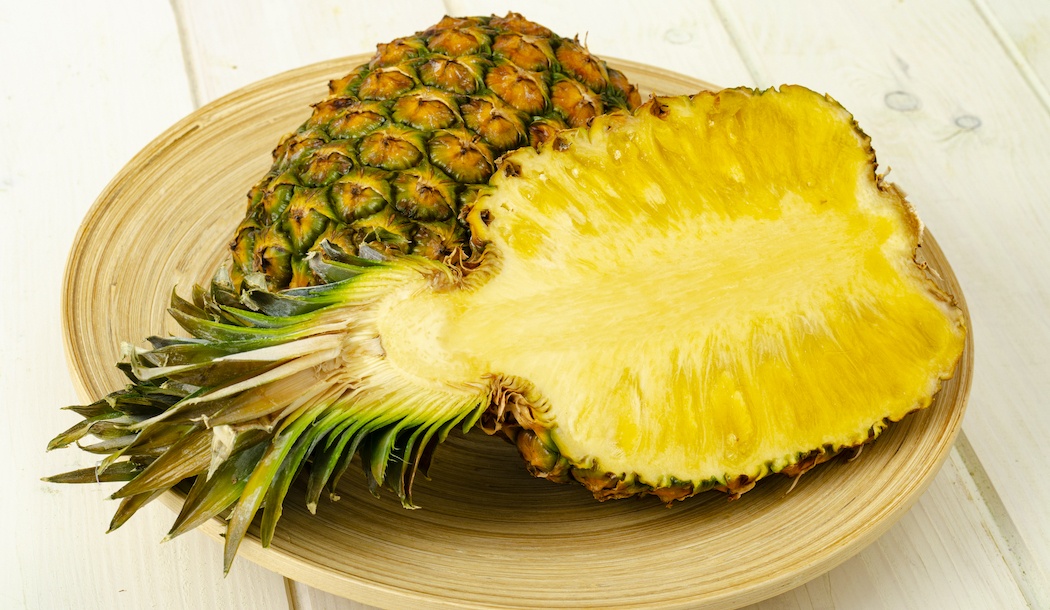 Enzymes are safe, harmless, and (as far as I’m concerned) proven effective in thousands of patients. But it wasn’t until the last decade that mainstream scientific research started to pay attention. In one such study a group of Australian researchers proved the cancer-fighting power of the enzyme bromelain.

If you’re a long time reader then you’ve heard me say before that I believe nearly EVERYONE should be supplementing with enzymes.

Besides their ability to fight cancer, the range of health benefits from enzymes include pain relief, improved circulation (i.e. fewer heart attacks and strokes), better digestion, and much more.

I call enzymes “The Missing Ingredient” because so many doctors don’t realize how important they are, and most people STILL don’t take enzyme supplements. As more and more research appears that supports the use of enzymes, my hope is that this will change—especially for cancer patients.

Cancer-fighting proof from “Down Under”

You may know that a major limitation of mainstream cancer therapies is that they’re non-specific. This means they can destroy both normal cells and tumor cells. Chemotherapy also does horrible damage to your immune system, the very system you need to fight cancer and other diseases, too.

The Australian team was looking for a cancer treatment that targets abnormal cancer cells and leaves healthy cells alone.

Their research on pineapple stems began in 2005 when Dr. Tracey Mynott led a research team studying bromelain — an enzyme found in the fruit and stem of pineapples. The substance is commonly used as a meat tenderizer and in tanning leather hides.

If you know much about alternative health, you’ve probably heard of bromelain. It’s a natural anti-inflammatory enzyme that reduces pain without the stomach upset (and even ulcers) caused by anti-inflammatory drugs such as aspirin, ibuprofen and nearly every common pain-killing drug.

The QIMR researchers discovered that bromelain could activate certain immune cells at the same time it blocks the immune function of other cells. And some small studies have suggested bromelain may ease the effects of certain chemotherapy treatments.

But as far as I’m concerned, you don’t want to use bromelain and other enzymes to reduce the side effects of chemotherapy — you want to avoid chemotherapy in the first place.

The Australian team succeeded in isolating two specific proteins found in bromelain, called CCS and CCZ. According to a QIMR statement, Dr. Mynott said these proteins “could block growth of a broad range of tumor cells, including breast, lung, colon, ovarian and melanoma.”

CCS and CCZ are types of enzymes called proteases (PRO-tee-ayz-ez), which are involved in protein digestion. The CCS molecule works by blocking a protein called Ras.

A defective form of this protein is found in nearly a third of all cancer cases.

When the Ras protein is activated, it can cause unchecked cell growth, which can ultimately lead to cancer. But this enzyme found in bromelain stops it cold.

The Australians found that the other enzyme in bromelain — CCZ — stimulates your body’s immune system to help it identify and destroy cancer cells. The two enzymes in combination appear to form a powerful knock-out punch for cancerous tumors!

According to Mynott, “the way CCS and CCZ work is different to any other drug in clinical use today. Therefore, CCS and CCZ will represent a totally new way of treating disease and potentially a whole new class of anti-cancer agent. In general, products with novel mechanisms of action are more likely to represent real breakthroughs in the treatment or prevention of disease.”

With all due respect to Dr. Mynott, this is not “a totally new way of treating disease.” It’s a way that alternative doctors have known about for more than a hundred years. Welcome to the big leagues, doctor.

Years ago I wrote a Special Report called “The Missing Ingredient for Good Health” that deals exclusively with this one powerful type of nutrient, and that’s because I was so impressed with enzymes.

In fact, bromelain is a rather weak protease. Most of the enzyme research and successful cancer treatment has involved other, more powerful proteases, such as pancreatin, trypsin, papain and chymotrypsin.

Of course, enzymes are not a magic bullet to cure cancer. There is no such thing. They are one of a number of powerful, natural therapies that should be employed together for best results.

Fortunately, getting more enzymes is easy. They’re available in fresh natural fruits and vegetables. This is one of the reasons the cancer diets that alternative doctors recommend are so effective at curing the disease. You can also buy enzymes in pill form at any health food store.