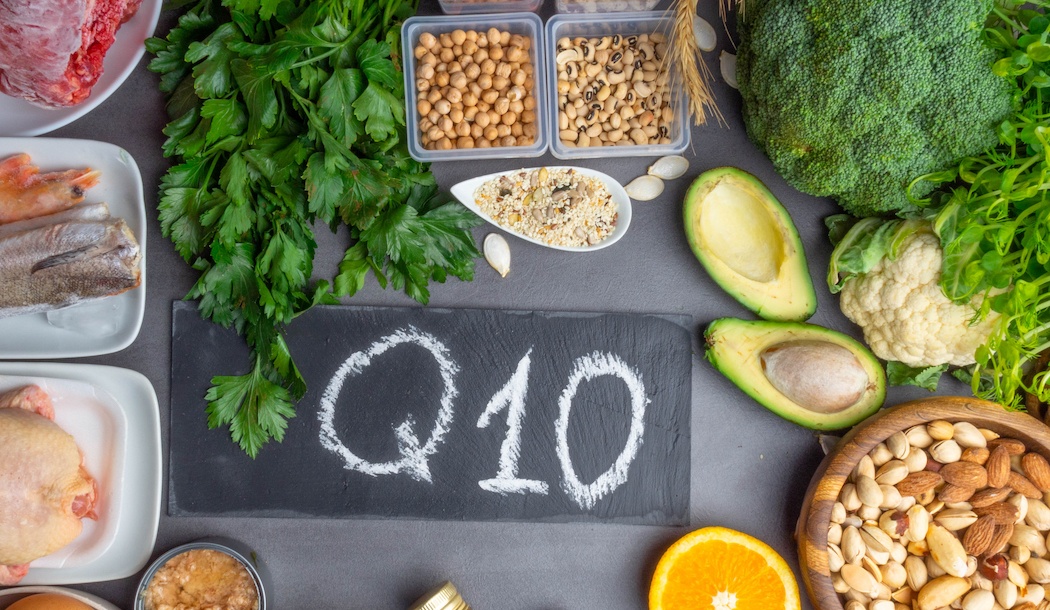 You know how coenzyme Q10—commonly called CoQ10—is a heart-saving miracle. This nutrient provides the fuel your heart needs to maintain its steady rhythm of 100,000 beats per day.

But recent clinical studies suggest this heart helper could be an outstanding cancer-fighting nutrient too!

According to the National Cancer Institute, coenzymes such as CoQ10 act as helpers to other enzymes in the body. The enzymes speed up the pace of the natural chemical reactions in your cells.

You probably know that I consider enzymes to be sorely lacking in most folks’ nutritional supplement regimens. Enzyme deficiency is one of the biggest overlooked nutritional problems in America, in my opinion.

In fact, years ago I wrote a report called The Missing Ingredient for Good Health to highlight the critical role of enzymes in fighting cancer… improving digestion… clobbering pain… and boosting circulation—just to name a few remarkable health benefits!

And as an enzyme’s helper, CoQ10 provides the boost that every cell in your body needs to function properly.

Interest in CoQ10 as a possible cancer treatment dates back to 1961. That’s when researchers found that some cancer patients had lower than normal amounts of CoQ10 in their blood.

In fact, low blood levels of CoQ10 have been found in patients with various cancers including those of the breast, lung, prostate, pancreas, colon, kidney, and head and neck.

Recent clinical studies also suggest that CoQ10 shows promise for treating cancer in humans. The journal Biochemical and Biophysical Research Communications reported on one 48-year-old man with heart failure who was diagnosed with inoperable lung cancer in 1977.

After receiving CoQ10 treatments, this man had no signs of either heart failure or cancer symptoms while taking CoQ10 for 17 years!

In October 1993, a 74-year-old woman had a small tumor removed from her right breast. Encouraged by the results of Lockwood’s study, she refused a second operation to remove more growths and opted for 300 mg of CoQ10 daily.

Three months later, an examination and mammography revealed no evidence of the tumor or metastases!

In most of these observed cases of heart disease and cancer, patients typically suffered from a CoQ10 deficiency. I certainly wouldn’t recommend CoQ10 all by itself as a cancer “cure,” but it seems to me it would be a valuable addition to whatever else you’re doing. Boosting your CoQ10 intake could prove to be a safe and effective way to fight dangerous free radicals… protect yourself from cancer… and re-energize your entire body!

CoQ10 works inside the cell mitochondria—the “energy factories” of your cells—to help transform foods you eat into the energy molecule ATP. ATP is then directed to areas of the cell where energy-consuming activities are taking place.

In addition to helping enzymes do their job, CoQ10 also doubles as a free radical fighter. Free radicals form in the mitochondria when oxygen interacts with certain molecules. These harmful scavengers can destroy body cells if left unchecked.

In its role as an antioxidant, CoQ10 helps protect your cells from free-radical damage. These dangerous molecules even cause damage to your DNA, which some researchers have linked to the development of certain cancers.

You’ll probably NEVER hear anyone at the National Cancer Institute call CoQ10 a “cancer cure”, but the government agency does admit that CoQ10 is a powerful antioxidant that can help protect your body from cancer.

It is also commonly used as adjuvant therapy—that is, treatment given after a primary therapy to increase the chances of a cure. Of course, the mainstream medical establishment insists on pushing their chemotherapy cocktails and surgeries first. But the results of some animal and human studies show CoQ10 could be effective at treating cancers without resorting to popular “slash, poison, and burn” remedies.

You may be surprised to know that CoQ10 has been listed as an essential nutrient in the Physicians’ Desk Reference for years. Also, the safety and effectiveness of oral supplements have been proven through numerous clinical studies.

CoQ10 is a natural substance found in most plant and animal cells. Some foods rich in the nutrient include:

These foods contain some of the CoQ10 you need to power up and protect your cells. However, many of the foods you eat may not contain enough CoQ10 to provide protection from cancerous growths.

Plus, aging decreases your body’s production of CoQ10. Fortunately, you can easily find CoQ10 supplements at your local store.

There are a lot of choices available. Nearly every supplement brand has its own CoQ10. Is there any difference among them? As it turns out, there is.

95 percent of the CoQ10 in your blood is in a form called ubiquinol. But the form of CoQ10 found in nearly all supplements is ubiquinone. Your body has to convert the ubiquinone in the capsules into ubiquinol, and it’s not very efficient at doing that.

The reason some supplement makers market the “inferior” form is that it doesn’t spoil as easily. The more potent form — ubiquinol — is very reactive with oxygen and oxidizes when exposed to air. In fact, the form found in many pills — ubiquinone — IS the oxidized form of CoQ10. You could say the CoQ10 in some pills is the “spoiled” form!

Researchers have found a way to stabilize ubiquinol so it doesn’t oxidize, and you can now obtain this superior form of CoQ10 in many supplements. Animal studies and some individual case studies in humans have confirmed that the superior form really is more effective.

It’s more expensive, but to get equivalent results with the cheaper form you need to take large doses. I’ve heard of heart patients taking up to 3,000 mg a day of the cheaper form to get the desired results.