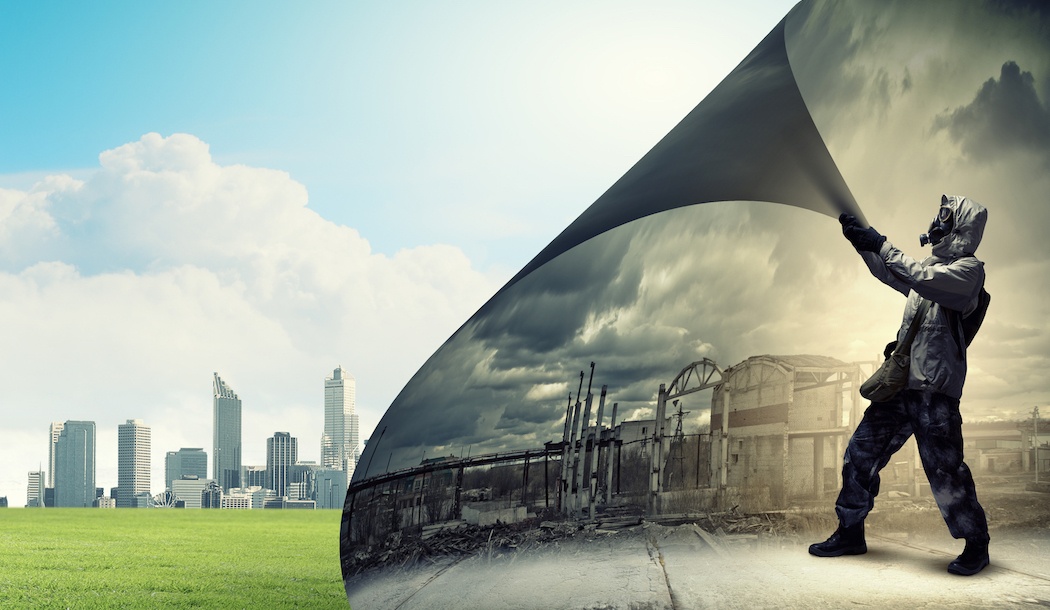 Even though global smoking levels have decreased over the past several decades, lung cancer still kills more people every year than any other cancer.

It’s largely because outdoor air pollution is on the rise, and anyone who breathes polluted air has an elevated risk of lung cancer and other cancers.

While you can’t quit breathing, there are several measures you can take that significantly lower your risk, and they’re easy to do. . .

The word “smog” was coined around a hundred years ago as a merger of the words smoke and fog. It was initially meant to describe the visible air pollution common to late 19th- and early 20th-century London that contained soot particulates. London fog or smog of that period was legendary because the nation used coal to cook, warm its homes and power its industry.

But the modern smog we see today is different. These days air pollution mostly comes from vehicle exhaust systems that spew out carbon monoxide, volatile organic compounds, and other toxins. The molecules from the toxins go on to react with sunlight, moisture, ground level ozone, and other compounds to create modern smog.

Emissions from coal burning processes also contribute heavily to our smog problems, and in China coal pollution is especially dreadful. You may have seen pictures of Chinese on the streets wearing face masks

Add to that some industrial emissions, solid fuel use, and refuse burning, and you’ve got a perfect cocktail of miserable air quality.

This is depressing – but there’s hope!

There’s no question that modern air quality causes untimely deaths. A 20-year study from the American Cancer Society was conclusive in its findings that smoggy skies lead to respiratory disease and death. Risk of lung cancer closely tracks the amount of exposure to air pollution.

Particle pollution is of primary concern as a pollutant. Also called particulate matter (PM), it looks like dust, soot, smoke, or smog. Fine particulate matter, known as PM2.5 (because its particles are less than 2.5 microns across), has the biggest negative impact on health.

When it occurs indoors, the International Agency for Research on Cancer (IARC) classifies this type of particulate matter as a human carcinogen. This has led to outdoor air pollution being deemed one of the top global causes of premature death.

And a 2013 study from Environmental Health Perspectives showed that air pollution from vehicles is associated with several childhood cancers, including leukemia and retinal cancers.

For older people, air pollution raises the risk of developing a host of other cancers, from cancer of the upper digestive tract to pancreatic cancer and even increased risk of dying from breast cancer.

Part of the reason smog is so detrimental is because it damages DNA and alters your immune response. It also triggers inflammation, a well known cause of cancer.

In America alone, more than 100 million people (about one-third of us) live in smoggy cities with high levels of air pollution. Fairbanks, Houston, New York, Washington, and multiple cities in California are especially noted for dirty air.

But even those who don’t live in major metropolitan areas could be at risk for lung disease related to air pollution. Which is terribly depressing. I live in a fairly remote rural area, but our valley is bisected by one of the busiest interstates in the country. It’s like a Los Angeles expressway – no exaggeration.

So what can we do about it?

The smartest thing you can do is be aware of your local air quality and take protective steps whenever possible. That’s where modern-day technology comes in…

Here are some of the measures you can take to protect yourself and reduce the amount of smog you inhale.

The tragedy of it all is that we shouldn’t have to protect ourselves. The air we breathe should be clean. But this is our global reality for now. There are more than seven billion of us, said to be heading toward ten or eleven billion, and vast areas of the globe are industrializing at breakneck speed. I don’t think relief is in sight.