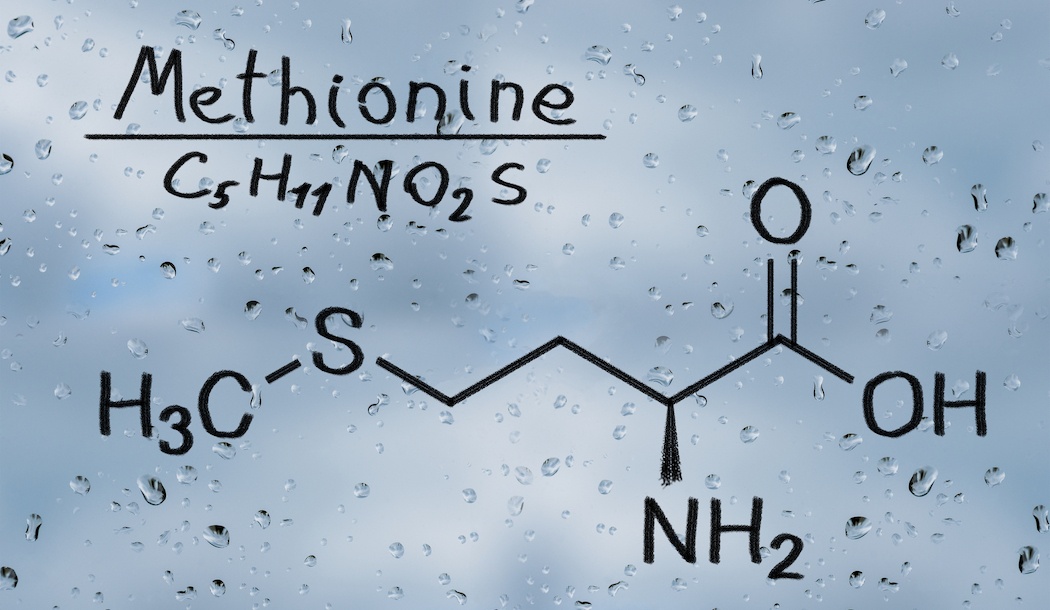 A proven way to extend the healthy lifespan of insects and animals is to dramatically lower the number of calories they consume while not reducing the nutrition their bodies need.

Research shows that this approach works in people as well, but of course, it’s hard to stick to a program of strict calorie restriction.

The good news is that there’s another approach that allows for a much greater intake of food, and it works just as well as calorie restriction. What’s more, this approach is turning out to be a very promising strategy to combat cancer. All that’s needed is to cut back on a single nutrient, an amino acid called methionine.

Like other essential amino acids, methionine is needed to ensure proper growth and maintenance of all cells and tissues in your body, but it also has some other important roles.

Methionine is the only sulfur-containing essential amino acid. The addition of sulfur means it’s particularly important for growth and protein synthesis. Therefore, methionine is at the heart of a whole host of functions inside cells including modifying DNA, controlling oxidation, and maintaining healthy cellular function.

This cycle is important to form methyl donors which are used for many essential processes in the body including the transfer of methyl groups between molecules including DNA.

Why is this important?

Methylation of DNA can switch genes on or off as required, a critical function in human health, especially in the fight against diseases like cancer. In fact, the science shows that restricting methionine is a boon to good health and longevity.

Extends lifespan up to 45 percent

Animal studies have shown that under methionine-restricted diets, body weight is reduced, adipose (fat) tissue is lowered, insulin sensitivity is increased (reducing the risk diseases like diabetes), markers of inflammation are lowered, oxidative stress from free radicals is slashed and lifespan is extended.

In fact, a methionine-restricted diet dramatically extends the amount of time a variety of test organisms remain healthy, reducing the onset of chronic disease. It has also been shown to extend the lifespan of fruit flies, worms, and rodents by as much as 45 percent.

When researchers took an even closer look at the changes in the body resulting from a methionine restricted diet, they found improved autophagy, whereby cellular debris is swept away, improved energy metabolism within cellular mitochondria, and better levels of hormones that protect the cardiovascular system.

Many of these important actions may explain why, in all these lifeforms, methionine restriction also reduces the risk of getting cancer and dying from the disease.

This isn’t the first time that researchers have investigated how dietary methionine impacts cancer growth and development.

Back in 1959 researchers found that tumor growth in rodents varied depending on which one of each of the essential amino acids they removed from the animals’ diet. When one particular amino acid was removed, tumor growth remained the same as in those eating a normal diet. In the case of other amino acids, the dietary restriction caused the rate of tumor growth to slow a bit. However, when researchers removed methionine from the rodents’ diets, tumor growth slowed considerably.

By 1973, researchers found that mouse leukemia cells can’t grow if methionine is substituted with its precursor, homocysteine. Many lab experiments followed over the next two decades showing that most cancers can’t grow when methionine is replaced with homocysteine. Instead, they undergo cell cycle arrest followed by apoptosis (death) while normal cells remain unaffected.

Interestingly, cancer cells can readily synthesize methionine from homocysteine yet depend on methionine supplied from the diet. The reasons for this are unclear but researchers believe it is because many types of cancer cells are missing enzymes that are needed for the conversion to methionine, or because of an increased need for certain metabolites that can only be derived from dietary methionine.

Whatever the explanation, this methionine requirement is now firmly established and is referred to as the “methionine dependence of cancer.” This suggests it may be possible to specifically treat cancer by restricting methionine in the diet. When researchers tested this theory, they found some remarkable results.

In particular, prostate cancer development and growth were blocked in two lobes of the prostate where the most severe lesions are usually found.

Next, researchers tried a similar approach to preventing colon cancer in laboratory rats. They fed the rats their usual diet or one that was 80 percent deficient in methionine. A week later, they gave the rats a carcinogen to induce colon tumors. Ten weeks later, researchers found an over 80 percent reduction in precancerous lesions in the methionine restricted group compared to controls.

In another study published in 2019 by scientists at Duke University School of Medicine, researchers fed mice an 86 percent methionine restricted diet, then two weeks later, implanted them with human colon tumor cells. This significantly reduced tumor growth compared to controls.

The scientists repeated the study, this time restricting the diet only after the tumor had formed. Again, the researchers found methionine restriction had a significant effect on reducing colon tumor growth. In a final experiment, they discovered that a methionine restricted diet enhanced the efficacy of radiation and chemotherapy.

In people, researchers gave eleven patients with metastatic colorectal cancer three cycles of chemotherapy combined with three days of a methionine-free diet at the start of each cycle. Only four patients were able to be evaluated for response and of those four, three experienced a partial response and one patient had disease stabilization.

Research into stomach cancer also revealed very good results. Mice implanted with human tumors were given a methionine-free diet followed by four cycles of chemotherapy. This had the effect of doubling antitumor activity in the mice.

In people, a clinical study of 14 advanced gastric cancer patients undergoing surgery and chemotherapy, the group that had seven days of restricted methionine before treatment “showed marked degeneration of cancer, while almost no effect was seen in the control group.”

In another clinical study among 20 patients with metastatic melanoma, the methionine restricted diet was only given on each of four days that coincided with the start of four cycles of chemotherapy. Treatment didn’t show itself to be better than chemotherapy alone in terms of survival time, although there was “an interesting long-duration stabilization for two patients.”

Finally, mice were injected with breast cancer cells and then put on a methionine restricted diet for 12 weeks. They had decreased cell growth, increased apoptosis and smaller tumors compared to controls.

In 2018 scientists from Rutgers Cancer Institute of New Jersey reviewed all the research and concluded that “restricting methionine…is a promising antitumor strategy.”

It sure looks promising to me. Over the years I’ve talked with numerous alternative cancer doctors who have successfully treated cancer of all kinds and stages using diets rich in fruits and vegetables—sometimes juicing them in large amounts—as well as using nutritional supplements and other supportive therapies.

Animal sources such as meat, eggs and milk are abundant in methionine, whereas fruits and vegetables have far less methionine. So, it’s not surprising that after the Duke study was published The New York Post ran an article reporting, “Going vegan may halt cancer in its tracks, scientists say.” Other media outlets also took the same line.

But that’s not entirely true. While a vegan diet will be low in methionine, there’s more to the story when it comes to using methionine restriction as a cancer treatment.

The leader of the Duke study, cancer biologist Jason Locasale, says while his study did provide evidence that methionine restriction improves outcomes in colon cancer models in mice and that when tested in people, blood samples suggest similar success, more research is needed.

In particular, Mr. Locasale is interested in further studying how nutrition impacts the altered metabolism of cancer cells and how to use this knowledge to block the metabolic pathways they need to develop and grow. He wants nutritional research to become much more precise in determining how this can be achieved.

And here’s the kicker, the precision he’s looking for won’t come from any single type of diet. It will only come from a targeted therapy that takes into account the fact that at different sites in the body cancer has different metabolic effects. This is probably one reason why some treatments work well for some people and not for others.

Meanwhile, if you or someone you love is interested in methionine restriction, please be aware that while a vegan diet is low in methionine, it’s not the same as a diet that restricts methionine only. You’ll need to seek help to put this approach into practice.