Secrets to a Cancer-Free Life Hidden in Plants – Cancer Defeated 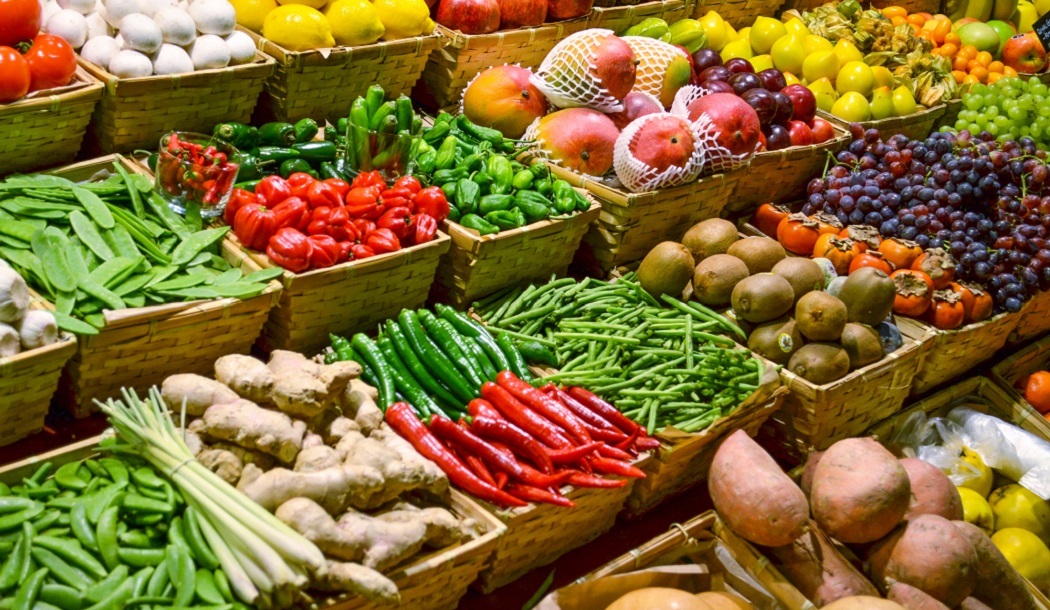 The message has been drummed into us since 2003, when the World Health Organization launched its “Five-a-Day” campaign to encourage everyone to eat more fruits and vegetables.

This was rebranded in the U.S. as “Fruits & Veggies – More Matters” in 2007. But the question is, does eating more fruit and vegetables really keep you cancer-free? A team of international cancer researchers decided to investigate. Here’s what they found…

One of the reasons fruit and vegetables provide such critical nutrition is the flavonoids they contain. Flavonoids are a group of highly diverse compounds — one of the main subclasses of dietary polyphenols — found in plants.

The plant produces them to protect itself from pathogens, fungal parasites, herbivores, and ultraviolet radiation. Flavonoids also give color and aroma to plants, which attract insects and birds for the purpose of pollination.

So far, around 10,000 flavonoids have been recorded. And they’re found in plants that go beyond what we see as traditional fruits and vegetables. Based on each flavonoid’s chemical structure, they’ve been categorized into six main subclasses:

I’m sure you recognize some of the compounds in that list, and you may be taking some of them as supplements. The health benefits of these flavonoids are vast and boost every part of the body. Chemists from Brazil summed them up as having:

Dr. Nicola Bondonno from Edith Cowan University, Perth, Australia, led an international team of 13 scientists to investigate the link between cancer deaths and the total amount of flavonoids in the diet, as well as the six subclasses of flavonoids considered separately.

To do this they looked at data from 56,048 men and women aged between 52 and 60 who had participated in the Danish Diet, Cancer and Health study. They also examined deaths from cardiovascular disease and deaths from any cause (all-cause mortality).

At the start of the study, information about the participants’ diet, education, income, body mass index, smoking status, and alcohol intake, were all taken into account. The researchers also considered risk factors for heart disease and any drugs the participants were taking for heart conditions.

The findings, published in Nature Communications in August, showed the more flavonoids in the diet, the lower the death rate from cancer, heart disease and from all causes.

The protective effect against heart disease and other causes peaked at 500 mg of flavonoids a day. Beyond this level there wasn’t any added benefit. Except when it came to cancer: For cancer-related mortality specifically, the threshold doubled to approximately 1000 mg per day.

I might add that the average of 1,201 milligrams taken daily by the high-consuming group is very modest. This is not heavy supplementation at all. It’s two or three typical supplement capsules.

Another interesting finding: When it comes to flavonoids, variety is a good thing.

Each flavonoid subclass is protective

This was also the first study of its kind to show each subclass of flavonoid delivers benefits.

After adjusting their findings to take note of dietary and lifestyle factors, the authors observed, “That the thresholds for each of the flavonoid subclasses approximately sum to the threshold for total flavonoid intake is consistent with the idea that all are important and afford added benefit.”

Commenting on their findings, Dr. Bondonnosaid,”These findings are important as they highlight the potential to prevent cancer and heart disease by encouraging the consumption of flavonoid-rich foods.

“This is easily achievable through the diet. One cup of tea, one apple, one orange, 100 grams of blueberries and 100 grams of broccoli would provide a wide range of flavonoid compounds and over 500 mg of total flavonoids.” (100 grams is about 3 ½ ounces.)

The main source of flavonoids in the Danish population they studied were tea, wine, apples, pears and chocolate.

Smokers and drinkers benefit most

The study found that people at greater risk of heart disease and cancer – smokers and heavy drinkers – benefited most from having a higher flavonoid intake.

The added benefit occurs because “[f]lavonoids may protect against some of the detrimental effects that these factors have on nitric oxide bioavailability, endothelial function, blood pressure, inflammation, blood lipids, platelet function, and/or thrombosis, ” the researchers wrote.

Yet in obese people, who are also at a higher risk for many of the same reasons, increased flavonoid consumption was only weakly linked to lower mortality.

The researchers couldn’t come up with a definite explanation for this. However, they suspect the gut microbiome plays a key role because it’s known to influence the metabolism of flavonoids and therefore affect their bioavailability to cells.

In other words, because obese people have a detrimental imbalance in the ratios of good and bad bacteria in the intestines, they are unable to absorb or use flavonoids in the way people of a healthy weight can. Again, this is a hypothesis, not proven as yet.

Acts against most tumor types

Although the study didn’t look at the impact of flavonoids on particular types of cancer, other studies have.

A more recent analysis of all relevant population studies from January 2008 to March 2019 also concluded that dietary flavonoid intake is associated with a reduced risk of many forms of cancer.

Their review suggested that certain flavonoids are more protective against different types of cancer than others. For example, catechins and flavonols protect against prostate cancer, epicatechin protects against breast cancer, proanthocyanidins protect against lung cancer, and flavones protect against colorectal cancer.

Now remember, population studies only demonstrate an association, they cannot determine that flavonoids directly prevent cancer. However, laboratory research reveals important clues as to why flavonoids might be effective in preventing cancer or stopping its progression.

This research shows flavonoids have growth inhibitory effects on various cancer cell types. They act on a number of molecular targets to stop inflammation, cancer cell proliferation, invasion and metastasis, as well as to activate apoptosis (cancer cell suicide).

Eat a variety of flavonoids

Whether these positive findings directly translate to humans can only be determined from randomized controlled clinical trials, but very few have been conducted and the ones that have did not find flavonoid interventions to be effective.

However, these trials focused on individual flavonoids, not the whole group used together. Scientists like to know whether a specific flavonoid is active against the disease, preferring to study quercetin from the flavonols subcategory, or EGCG from green tea for example, rather than look at the whole group of flavonoids used together. It’s a basic premise in the science of nutrition that the whole is greater than the sum of its parts, so we need to do as Dr. Bondonno advises in the conclusion of his research: Enjoy a variety of plant-based foods and beverages to gain their full anti-cancer benefits.

Also, it’s well known that long-term use of plant nutrients is essential. A human trial comparing people who eat wisely or take supplements to a control group that does not, and lasting only a few months or even a couple of years, is not significant in my opinion. You have to supplement for life, in every sense of the word.

And having studied the matter for many years, I do know something about it.