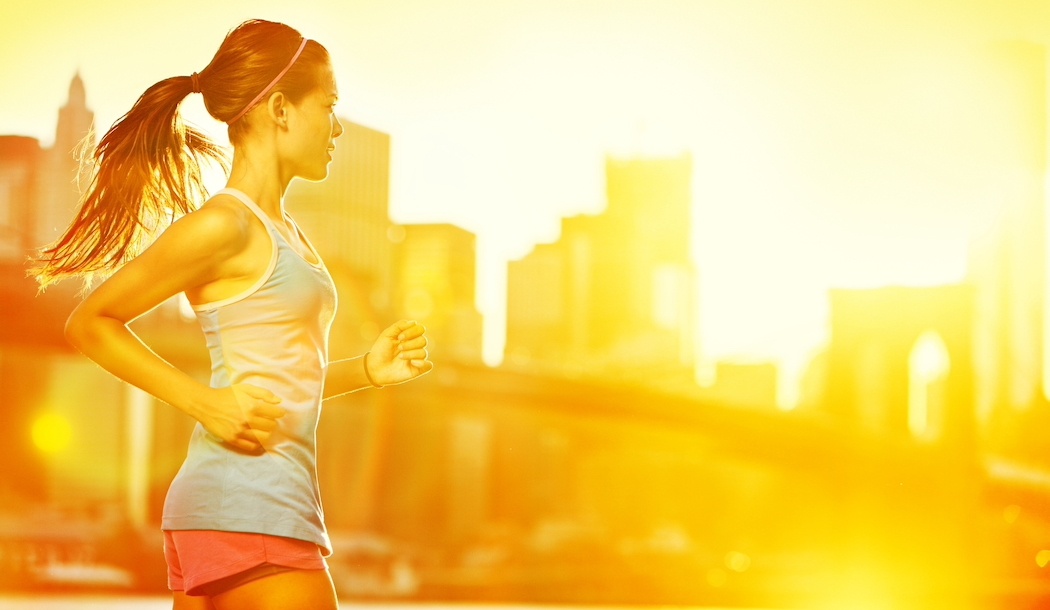 If you follow the advice of many conventional doctors, you might never let a single ray of sunshine touch your skin unless you’ve already slathered yourself with a thick coat of sunscreen.

That’s because those medical folks have become so obsessed with the possibility of ultraviolet rays from the sun causing skin cancer, they’re in the dark over the fact that you need sunshine on your skin to be truly healthy.

What’s more, research shows that one of the most important benefits from getting a healthy amount of daily sun is that it actually lowers your risk of cancer. Significantly!

We’ve written about the importance of sunlight and the “sun vitamin” – vitamin D – in fighting cancer before, but there’s some brand-new research that’s worth exploring. Let’s take a look…

If you do a search on the Internet for the words “sun and cancer,” you’ll find that the entire first page of results all warn of skin cancer caused by sun exposure. At least that’s what I found. And it had me shaking my head. Because if you look beyond this misguided obsession with blocking the sun, the danger of cancer caused by a lack of sunlight actually outshines the risk of getting more than your share of the sun’s rays.

Consider the results of one of the most recent studies that examined the link between sunshine and cancer.

When researchers at the University of California San Diego, took a look at colorectal cancer cases in people in 186 different countries, they found that getting less exposure to ultraviolet B (UVB) light from sunshine was associated with a higher risk of colorectal cancer in those over age 45.1

The California researchers, along with many other scientists, believe that getting too little UVB reduces the body’s production of vitamin D. As you know, the body can’t make vitamin D without this type of sunlight hitting the skin. Plus, as the San Diego researchers note in their published paper, other studies have likewise shown that having a low level of vitamin D increases the risk of colorectal cancer.

Sunlight can also lower the risk of breast cancer.

A study at the Danish Society Cancer Research Center shows that women who work outdoors, and who get plenty of sun, have a lower risk of breast cancer after the age of 50.

In this research, which involved more than 200,000 Danish women, working for twenty or more years outside was linked to a 17 percent reduction in the risk of breast cancer. Here, too, the researchers believe that the increased vitamin D produced by the body after exposure to the sun accounts for the lower cancer risk. They further argue that the high rate of breast cancer among women today is connected to the fact that most of them do not get outside enough – and thereby run short of vitamin D.2

Even if you do get cancer, a study conducted by the Brookhaven National Laboratory in conjunction with scientists in Norway suggests that getting more sun increases your chances of surviving the cancer.3

Researcher Richard Setlow, who took part in this study, explains, “Since vitamin D has been shown to play a protective role in a number of internal cancers and possibly a range of other diseases, it is important to study the relative risks to determine whether advice to avoid sun exposure may be causing more harm than good in some populations.”

He is particularly concerned that people living in northern climates like Scandinavia or the northern United States get too little sun and the sun they do get is weaker than it is farther south. So, if you live in those areas, being too obsessive about staying out of the sun is particularly counter-productive.

According to the figures analyzed in Mr. Setlow’s investigation, the bodies of people who live in sunny Australia, which is just south of the equator, make 3.4 times as much vitamin D as do people in England. And they make 4.8 times more than folks in the Scandinavian countries.

The study also found that the Australians are much more likely to survive a diagnosis of lung cancer, colon cancer, breast cancer and prostate cancer. And, Mr. Setlow notes that in a country like Australia, “survival rates for these cancers improve when the diagnosis coincides with the season of maximum sun exposure.”

Following the rhythms of the sun to avoid
“hallmarks of cancer”

Aside from the fact that the sun on your skin helps your body make vitamin D, which can lower cancer risk, getting out in the sunshine also helps to keep your circadian rhythms on track. That’s important.

The physiological daily rhythms that your organs and cells follow are coordinated with the rising and setting of the sun and the bright light of the day that gives way to darkness at night. So, when you get out in the sun during the day, you help keep those rhythms operating properly.

But our modern lives, which we live mostly indoors under artificial lighting, and our tendency to stare at video screens at all hours can send contradictory signals to the body about the time of day. And if you work at night or eat late in the evening, that can further disrupt the body’s natural circadian rhythms.

The result, according to researchers at the Salk Institute in California, can be “chronic inflammation, autophagy upregulation (a complex term for a process when too many cells are destroyed by the immune system), disrupted DNA damage repair and increased glycolysis (an energy-creating process favored by cancer cells).”4

These cellular processes, say the same researchers, are “hallmarks of cancer.”

As an added health bonus, daily exposure to sunshine also helps keep your blood pressure down, decreases your risk for heart attack and stroke and quite possibly extends your life.

A study at the University of Edinburgh demonstrates that when sunlight hits the skin, nitric oxide is released into blood vessels. That results in lower blood pressure. And most important, the Edinburgh researchers note, this benefit alone far outweighs any risk of skin cancer caused by ultraviolet light exposure.5

This new research—and the dozens of studies performed decades before it— shows that our phobia over sun exposure may be causing deadly health problems, not solving them!

As Dr. Michael F. Holick, a professor of medicine, physiology, and biophysics at the Boston University School of Medicine, explains, “Fewer than half of one percent of those who develop non-melanoma skin cancer die, about 1,200 people a year in the U.S. It is a fact the mortality rates indicate that 150,000 people die of diseases that can be prevented by sensible sun exposure.”

While you should never let yourself get too much sun and get sunburned, completely blocking sunlight and totally staying out of the sun is a serious mistake.

The advice I follow is to get a healthy ten to 20 minutes of sun exposure a day on sunblock-free skin, and then I cover up with long sleeves, a hat, and long pants. I question the safety of the chemicals in typical sunscreens, so I use them rarely, only when I can’t avoid lengthy sun exposure.

I don’t minimize the nuisance posed by non-melanoma skin cancers, which are likely caused by sunburn or excessive tanning going back many years before the cancer lesions appear. I’ve had a ton of these spots surgically removed myself. The answer to the risk is that you only a need a few minutes a day of sun exposure to reap the benefits. Your object is to avoid tanning, much less burning, not to avoid the sun altogether — and the younger you are when you start following that advice, the better.

The evidence is weak for a link between the deadly form of skin cancer, melanoma, and overexposure to sun, but if you follow the advice for avoiding milder forms of skin cancer you will largely avoid whatever risk there may be that sun also causes the serious kind.