Still One of the Top Ten Natural Cancer Treatments 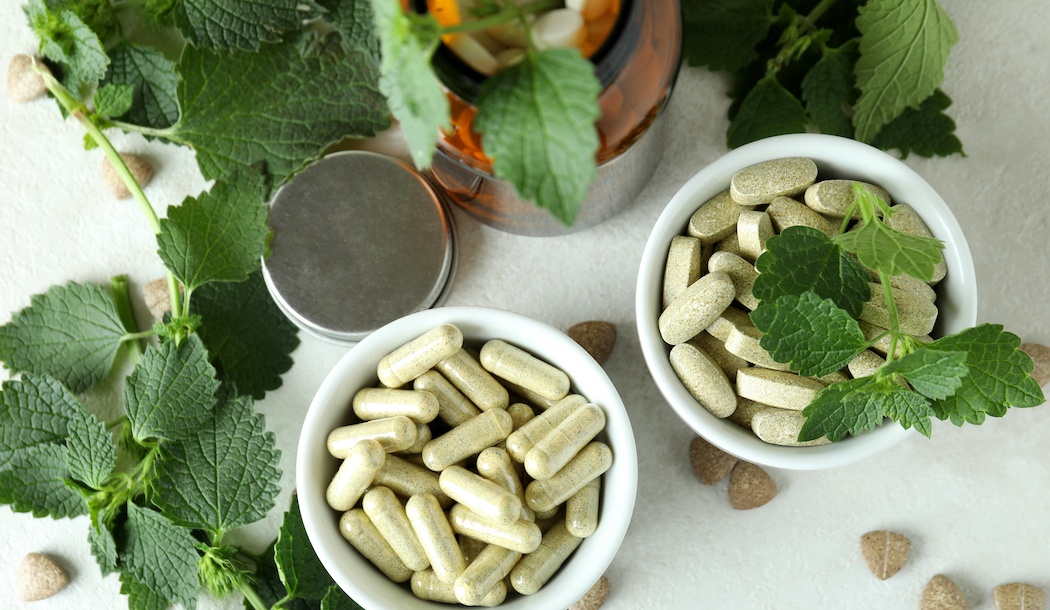 Dr. Merrill Garnett, a New York dentist and biochemist, was determined to uncover a cancer treatment that would selectively target tumors while supporting and enhancing the health of the whole body.

His research centered on the signaling mechanism that tells normal cells to clump together to form organs and tissues, something that doesn’t occur in cancer cells. If he could find it, maybe he could correct this defect, allowing young cells to develop normally and existing cancer cells to self-destruct.

It took over 20 years and the testing of more than 20,000 compounds, but his resolve and perseverance finally paid off. What he found is still one of my top ten natural cancer treatments.

The result of Dr. Garnett’s research is a nutritional supplement called Poly-MVA. And – just by way of further introduction – it’s one of the first alternative cancer treatments I came across seventeen years ago when I started this enterprise. And it remains one of the best and most important.

One of the most rewarding parts of my job is I’m able to give people hope – real hope. Poly-MVA is one of the reasons. Here are the results of three cases from a study of 95 late-stage cancer patients conducted at the University of Toronto.

Shari Lieberman, PhD, CNS, FACN, wrote up three case studies on the use of Poly-MVA in 2008. Two patients had stage 4 non-small cell lung cancer (NSCLC) and one patient had stage 4 glioblastoma brain cancer.

The first patient was given — at best — one year to live, yet her lung cancer disappeared five months after starting on the supplement. Nearly three years later she remained in full remission.

Given only eight months to live, the second patient’s condition stabilized two months after starting Poly-MVA. Two months further on, “her CT scan revealed complete resolution of the tumor. Her oncologist was shocked. In his clinical experience, he had not witnessed a remission of stage 4 NSCLC.” Two years later she remained in remission.

After intensive treatment, another patient, this one with a brain tumor, was not expected to live beyond a year. Nine months after he started taking Poly-MVA, his PET scan was clear. All pathology reports were negative for cancer. Three years later he remained cancer free.

Dr. Merrill Garnett, who originated this marvelous treatment, began his studies with the work of Nobel Prize-winning scientist Otto Warburg. As you may know, Dr. Warburg is famous for having discovered that cancer cells use anaerobic (without oxygen) metabolism to generate energy.

Dr. Garnett wondered whether he could target this difference in cancer cells, but leave normal cells, that rely primarily on aerobic (with oxygen) metabolism, alone.

His research focused on the changes in cells that cause them to shift from aerobic to anaerobic metabolism. He believed that a particular enzyme might be missing in cancer cells, causing them to behave abnormally. If this enzyme could be replaced, it could be one answer to solving the cancer puzzle.

Rather than approaching the problem by way of biochemistry, Dr. Garnett studied the electrical charge characteristics of DNA and the way this energy communicates with other areas within and between cells. This gave rise to a new field called electrogenetics.

In particular, he looked at the part of the body’s energy production called the electron transport chain, a series of protein complexes embedded in the membranes of the mitochondria – the energy factories of the cell. Electrons captured from donor molecules are transferred through these complexes to release energy.

He found, and was able to measure, an “electrical genetic pulse” – a vibration that distinguished healthy from abnormal cells. Deviant cells like those in cancer were found to be less electrically charged. This movement of electrical energy through the cell and its DNA was the difference between health and disease.

After two decades he developed a nutritional complex (and several variants) which acts like an enzyme to shunt electrons into the mitochondria and DNA of cells that rely on anaerobic metabolism, to effectively target and “electrocute” cancer cells.

The complex consists primarily of the metal palladium, chemically bonded with alpha-lipoic acid. This gives the complex a unique electronic property. It also includes vitamin B1, (thiamine).

The excess energy provided by these palladium lipoic complexes (LAPds) cannot be accepted by cancer cells. Instead, in the low oxygen environment, they generate free radicals at the mitochondrial membrane, which in turn triggers the release and activation of enzymes that turn on apoptosis (natural death of cancer cells).

Since healthy cells are richly oxygenated, LAPd is not toxic to them and in fact they benefit from the extra energy.

This is not the only hypothesis for how the palladium -lipoic complex works. An alternative proposition focuses on an enzyme called pyruvate dehydrogenase (PDH).

A normal cell begins by generating a small amount of energy anaerobically before it goes on to generate most of its energy utilizing oxygen. PDH acts as the bridge between these two methods of energy production.

PDH is altered in cancer cells; the modification stops the bridge from forming between the anaerobic and aerobic phases. LAPd is thought to act on this enzyme to prevent anaerobic metabolism from becoming the cell’s primary energy source. By doing so, it inhibits growth and long-term survival of tumors.

Poly-MVA is one variant of LAPd. It stands for “many minerals, vitamins and amino acids.”

In addition to palladium, alpha-lipoic acid, and vitamin B1, the supplement also contains B2, B12, the amino acids N-acetylcysteine and formyl-methionine, and trace elements molybdenum, rhodium, and ruthenium.

Palladium is a rare metal that allows for the electrical transfer of electrons into DNA and mitochondria and for the restoration of functions that are missing in cancer cells.

Alpha-Lipoic Acid is a very powerful antioxidant, detoxifier, and chelator of heavy metals. It is soluble in water and fat, has important roles in the mitochondria, and readily crosses cell membranes and the blood-brain barrier.

B vitamins have various roles in antioxidant and detoxification systems of the body and in energy production.

Formyl-methionine is required to make the powerful antioxidant glutathione. It aids in liver detoxification and helps prevent DNA damage and promotes its repair.

N-acetylcysteine (NAC) is an antioxidant that also enhances the immune system.

Molybdenum is crucial in the regulation of the body’s pH (acidity/alkalinity). It is needed to counter excessive acidity created by anaerobic metabolism and cancer cells.

Rhodium and ruthenium are rare metals that have high corrosion resistance and act as catalysts for many chemical reactions.

Research evidence from the lab

LAPd was first shown to selectively eliminate cancer cells in mice in the early 1990s. The animals stopped dying from a fatal form of cancer.

The complex was later tested in mice injected with glioblastoma brain cancer cells. Once the tumors had grown to a certain size, the mice were divided into groups to test oral vs. intravenous LAPd at different doses, compared with placebo.

After four weeks, mice taking LAPd in any form or dosage had a significant 50 percent or more shrinkage of tumors compared to those receiving placebo.

In 2007, Poly-MVA was tested on lab cultures of eight different cancer cell lines. It was found to be effective in every case.

The first report of Poly-MVA tested in human patients was presented by Dr. Rudy Falk of the University of Toronto in 1994.

95 patients with nine different types of late-stage cancer received the nutritional supplement intravenously. About 85 of these patients had failed to respond to traditional treatments, although they continued to receive moderate amounts of chemotherapy.

Under normal circumstances, between two and six out of ten would have been expected to survive six months. However, nine months after starting Poly-MVA, nine out of ten patients in the study were still alive.

Earlier in this article I gave the case-study details for three of the patients in this study.

An enthusiast of Poly-MVA is integrative oncologist James W. Forsythe MD., HMD, of the Forsythe Cancer Care Center in Reno, Nevada. He includes this supplement as one part of his comprehensive approach to treating cancer.

He writes, “We have seen patients go into full remission with aggressive, stage IV cancers and we see continued positive responses in others with previously chemo-resistant cancer.

“Other benefits from Poly-MVA are a significantly improved quality of life and a substantial reduction in the number and severity of side effects from chemo and radiation therapies.”

Another cancer center that includes Poly-MVA in its protocols is the Hope4Cancer Institute, Baja California, Mexico.

The benefits of Poly-MVA are not limited to cancer. It has been used to prevent brain damage after stroke and heart damage following a heart attack. Autoimmune diseases including psoriasis, multiple sclerosis and lupus respond. It is also effective for endometriosis.

Research by Dr. Garnett and others suggest the supplement can:

Poly-MVA also appears to be valuable as a cancer preventative. It comes in the form of a liquid and is available to purchase online. Dosage details and how to take it are available at the Poly-MVA website, www.polymva.com.

The first book we published, in 2005, featured Poly-MVA as one of the ten best alternative cancer treatments we knew of at that time. Despite the passage of years, I would change very little in this little tome – which also includes the Gerson Therapy, hyperthermia, the mushroom remedy coriolus versicolor, DMSO, and Essiac.