Successful Chemotherapy – It’s All a Matter of Timing – Cancer Defeated

Successful Chemotherapy – It’s All a Matter of Timing 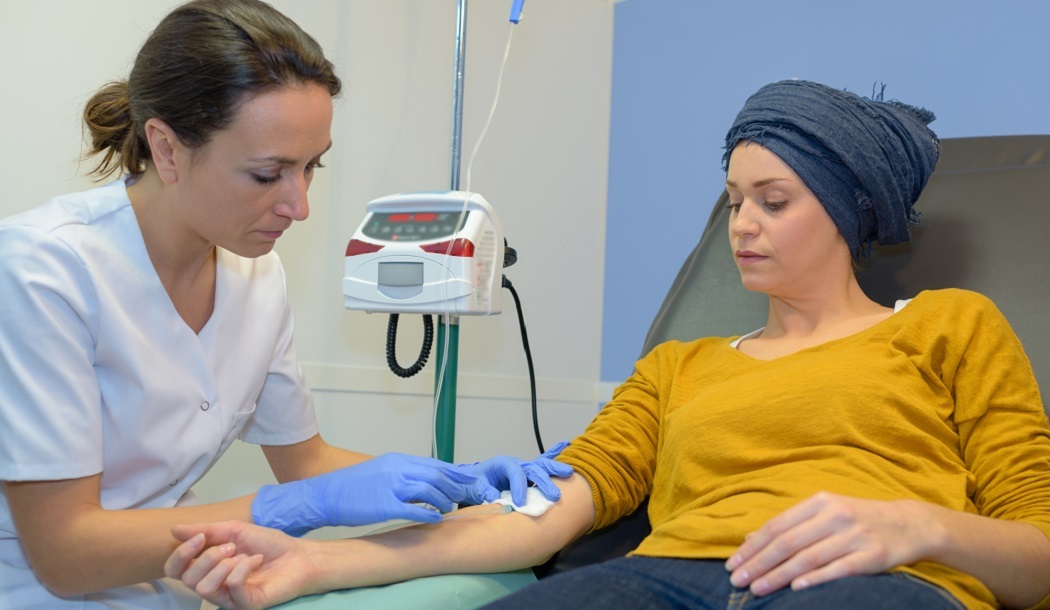 It’s best known for the regulation of the sleep-wake cycle. But its importance stretches much, much further.

Our circadian rhythm, or body clock, is linked to our mental health, heart function, immune system, and just about every aspect of how our bodies function. When it’s disrupted, the risk of diabetes, heart disease and cancer all increase.

Lately, doctors are paying closer attention to circadian biology—or the study of circadian rhythm and its impact on health. Born out of their research is a treatment called chronotherapy that’s giving oncologists new ways to harness the body’s circadian rhythm to beat cancer.

A few pioneering oncologists have been using this “secret” for years. Here’s what we know…

For many millions of years, humans have relied on an internal clock that tells us when to wake up, eat or go to sleep. This circadian rhythm evolved as a survival strategy.

Today, science has revealed that the circadian rhythm is directed by a central “master clock” located in the brain’s hypothalamus gland, with additional peripheral “clocks” located in cells in virtually every organ and tissue in the body.

The hypothalamus picks up messages from the day-to-night sunlight cycle and transmits them to these peripheral clocks. The clocks within each cell control the daily oscillations of multiple cellular processes, allowing the cell to adapt to its environment and maintain biological balance.

When your circadian rhythm is disrupted from travel, working the night shift, or even excessive exposure to artificial light at night-time, you can feel tired, or jet lagged.

In addition to fatigue, this disruption is also involved in the development of various diseases, cancer being one of the most well-studied. For example, it’s known that being on the night shift increases a person’s cancer risk. This was proven in a study of nurses who worked the night shift and developed breast cancer.

Growing evidence confirms that many of the cellular processes that go haywire as cancer develops are governed by so called “clock” genes. The researchers found that altered expression of core clock proteins and clock-controlled genes is involved in the cancer cell cycle, in ways ranging from DNA damage and repair and cancer cell proliferation, to a cancer cell’s metabolic pathways.

In the 1980s, scientists became interested in whether adjusting the timing of medical treatments to be in sync with the body’s circadian rhythm would make any difference in the results. That’s when the field of chronotherapy was born.

Initially, doctors used chronotherapy for sleep-related disorders but went on to try it successfully in the treatment of arthritis, asthma and hypertension.

Today, most of the best-selling drugs in the U.S., including those for heartburn and sexual performance, are controlled by the circadian clock. In other words, they work better if taken at specific times of the day.

Timing can be more important than dose

A scientist who specializes in chronotherapy is Professor Francis Lévi, an oncologist and chronobiologist, based at Warwick University in the United Kingdom.

Prof. Lévi has published 40 studies on chronotherapy and explains the benefits of using it in cancer treatment by saying, “We have clocks within our cells that govern the metabolism of drugs. So some drugs are best given at night and others during the day.

“We have found chronotherapy is reducing the toxicity of treatments and improving the quality of life of patients, by respecting the circadian rhythms of the patients.

“When you give a medication, you always know the dose. We have found that the timing is sometimes more important than the dose.”

In one of Prof. Lévi’s studies, 186 colon cancer patients were randomly assigned to receive chemotherapy synchronized to their circadian rhythms or to any time of the day.

For Carole Godain, time was running out.

The first treatment for colon cancer that had spread to her liver failed. With nothing to lose, she decided to take part in one of Prof. Lévi’s trials.

Prof. Lévi outfitted Carole with a watch-like device that monitored her circadian rhythm, and she underwent her chemotherapy infusions at precisely 10 p.m. Nine years later, Carole is cancer free. Prof. Lévi believes her very regular sleep-wake cycles contributed to the success of the treatment.

He was diagnosed with pancreatic cancer and, prior to taking part in one of Prof. Lévi’s trials, began receiving standard chemotherapy infusions during the day. The side effects were horrific.

“I was completely exhausted,” said Philippe. “When I got home from my local hospital I couldn’t even speak, let alone eat. I suffered extreme nausea which lasted for days.”

During Prof. Lévi’s trial his drug infusions were spaced during the day, with two happening overnight while he slept.

“The impact on my body is much gentler,” he said. “So much so that I don’t need to take the anti-nausea drugs which themselves carried their own side-effects.”

A review by biologists from the University of South Carolina in 2002 confirmed a better outcome from timed chemotherapy treatments, including less toxicity and fewer side effects, that have been found among Prof. Lévi’s patients.

In the study the biologists found that applying chronotherapy for patients undergoing chemotherapy:

Researchers found that the success of radiation therapy also depends on timing.

In a review carried out in 2017, researchers from Canada found that metastatic lung cancer patients had better outcomes and a greater chance of survival if treated with radiation therapy in the morning versus in the evening.

“If we can help people live longer and live better with fewer side effects just by changing our scheduling, that would be tremendous,” says Jeremy Rich, a neuro-oncologist at the University of California, San Diego.

However, it’s not going to be simple. This next study shows why…

Prof. Lévi led the largest trial in cancer chronotherapy so far when he tested the treatment in 564 patients with metastatic colorectal cancer. Average survival times were 19.6 months when the treatment was synchronized to time of day compared to a non-significant difference —18.7 months — when it wasn’t.

Why the starkly different results?

Prof. Lévi concluded that men seem to tolerate one type of chemotherapy drug between four and seven hours earlier in the day than women, plus women in general suffer more toxic effects than men from cancer treatment.

Gender is not the only issue. Age is another.

Doctors are hoping to develop a personal treatment timetable for each patient where the drug can be administered using implantable, programmable drug delivery systems that can provide more medication at certain times and less at others. This will, it is hoped, allow chronotherapy to be personalized and used more widely.

A new development in chronotherapy is to use drugs to target the workings of the body clock itself within cells and influence health at the cellular level.

Researchers are focusing on proteins called REV-ERBs that are essential components of the circadian clock. They repress biological functions that cancer cells depend on, such as cell division and cell metabolism.

A groundbreaking study published in 2018 showed that when activated by compounds called REV-ERB agonists, they killed different types of cancer cells without harming healthy cells.

The treatment worked by targeting two processes that play critical roles in triggering cancer cells to self-destruct (apoptosis). The first is autophagy, which clears up damaged and toxic cellular molecules and recycles them. The other is fat or lipid synthesis.

Both processes provide building blocks to create new cells. Healthy cells only need them at very low levels, but cancer cells rely on them heavily to support their growth.

Perhaps even more exciting, the REV-ERBs were also effective against senescent cells. Senescent cells, also called zombie cells, no longer divide. Even though they lose function, they don’t fully die off.

Instead they hang around secreting a cocktail of toxins that poison surrounding healthy cells and promote tumor growth. These cells can also worsen the side effects of chemotherapy and make cancer recurrence more likely.

The REV-ERB agonists were lethal to these cells yet had no effect on normal tissues.

This research is very new, but exciting. I’ll keep you posted on future discoveries in this area. Over the years we have encountered a few pioneering cancer doctors who take advantage of the findings about circadian rhythms. I applaud their willingness to step outside the box, but at the same time it’s scary to know that misapplication of this approach can actually make cancer worse in some cases. Clearly, the subject is complicated.