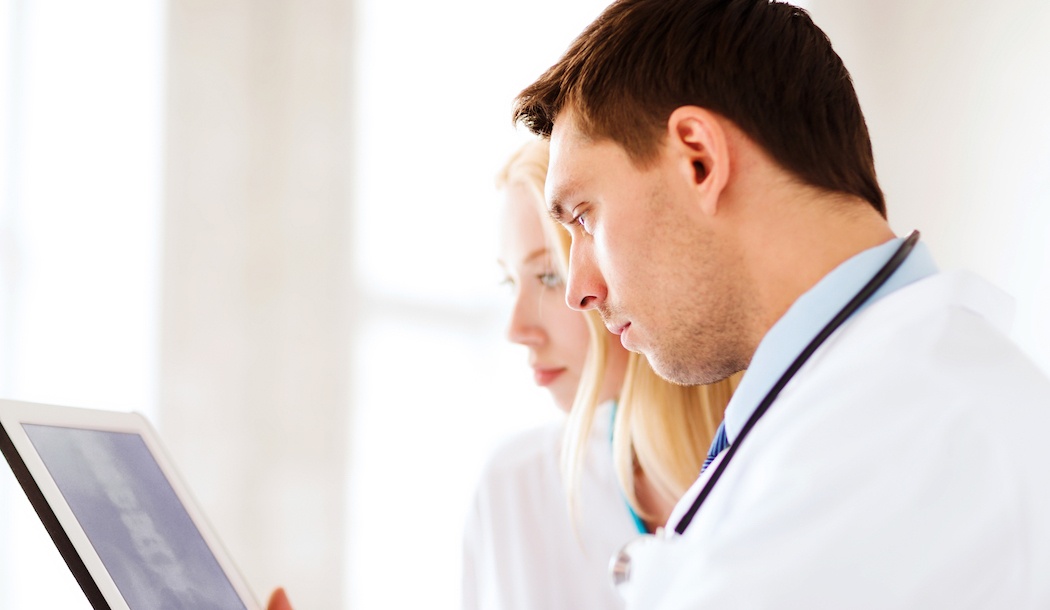 It’s about the worst diagnosis anyone can ever receive: glioblastoma multiforme, a deadly brain tumor. Life expectancy is around 12 to 15 months.

Such was Ben Williams’ situation back in 1995. But Ben was not going to accept his neuro-oncologist’s prognosis without finding out everything he could about the condition. Maybe there was something he could do.

It turned out there was a great deal he could do, because 23 years later he is still alive and well. We should all take a hint from what he did. . .

In a strange sense, Ben Williams was lucky. He was an academic who held a PhD from Harvard and was professor emeritus of experimental psychology at the University of California San Diego.

When he was diagnosed with glioblastoma at age 50, his background in science enabled him to interpret medical studies and evaluate clinical trials. His colleagues helped with research, and he was able to directly contact scientists conducting trials.

Nobody survives, he was told, and no options were presented other than surgery, radiation and chemotherapy. But after gathering a plethora of information, he became more optimistic. Perhaps things weren’t as bad as he was led to believe.

He came across drugs and remedies that benefited cancer patients in general and glioblastoma patients in particular. It seemed sensible to add these to the standard regimen. Why would you not use them? Why would doctors disregard these treatments?

So he intended to raise these issues with his neuro-oncologist.

He writes of his experience in his 2002 book, Surviving Terminal Cancer: Clinical Trials, Drug Cocktails, and Other Treatments Your Oncologist Won’t Tell You About. . .

After surgery, in which most of the tumor was removed, he was prescribed an anti-convulsant to counteract epileptic seizures. But he discovered this wasn’t warranted in his case.

“At that point I realized medical practice was standardized for all patients, with little regard for the tremendous variability that occurs among individuals.”

Oncologists do things their way

Having done his homework, it was now time to raise the issue of additional treatments.

He asked his neuro-oncologist to write out a prescription for the breast cancer drug tamoxifen based on research he had uncovered. It suppressed protein kinase c, which propels hyperactive cell division in glioblastoma. It also renders chemotherapy more effective.

The doctor outright refused, even though he believed the drug showed promise.

Ben discovered that what to him seemed like common sense — adding potentially beneficial agents to the standard treatment — was nothing of the kind to his oncologist. The doctor strongly opposed it.

At best, the “standard of care” treatments would add a few months to his life, so it made no sense to forgo remedies that demonstrated positive outcomes in trials.

“The current medical system,” he writes, “actively thwarts access to promising alternatives…even where credible evidence indicates they may increase the probability of survival.”

Welcome to the world of cancer treatment, Prof. Williams. . .

Williams’ relationship with the oncologist broke down after the tamoxifen flap. Fortunately, his neurosurgeon intervened. They all had a meeting and it was agreed that, although unusual — and possibly because Ben Williams possessed the professional status to argue with the doctors — they would grant him some latitude in the planning of his treatment.

Cross the border to buy drugs

Although he was given a prescription for tamoxifen after all this, it was for a much lower dose than was used in the studies he had read about. Not wanting another confrontation, he took the short trip from San Diego over the border to Tijuana, Mexico to top up his prescription there.

He then found an interesting trial conducted by the MD Anderson Cancer Center in Texas involving the drug isotretinoin (Accutane), which is prescribed for acne. This acid form of vitamin A was active against glioblastoma and could be used with other treatments.

Again he went over the border to get it.

He asked his neuro-oncologist about the heart drug verapamil. In a mouse study, researchers had found it to be very effective for decreasing growth of brain tumors. But the idea was dismissed out of hand. This time he didn’t need to cross the border because his internist wrote the prescription.

After the first round of chemotherapy, the MRI scan showed the tumor had receded a little, so he started taking melatonin. An Italian study showed this well-known supplement doubled survival time in glioblastoma patients.

He also included polysaccharide krestin. This mushroom extract is used routinely for cancer patients in Japan. It gives a general boost to the immune system and demonstrates anti-metastatic effects. It, too, was shown to double survival time.

He then added gamma linolenic acid (GLA) from borage seed oil because of a positive report from India, and then added aspirin to the mix to deal with blood clots.

His strategy was to find treatments that showed promise in trials, and to see where resistance to the effectiveness of chemotherapy might come from and use agents that could overcome this resistance.

After the second round of chemotherapy there was a lot of tumor regression and even more with the third round. After the fourth out of a total of six rounds, his MRI scan was clean and has remained so to this day.

He writes: “I had been convinced from the outset that the only chance for curing my cancer was to use systemic agents that would reach all of the tumor.

Although Professor Williams recognized the danger of toxicity in his approach, every remedy he took worked by different mechanisms and he saw no reason to expect adverse consequences.

In any case, as he puts it, “this risk seems dim when compared to the hope of finding a life-saving treatment.”

Long term survivors of glioblastoma are extremely rare. Even among this small group, a recurrence of the disease can be expected.

Yet Ben Williams has been cancer free for 23 years. His cancer has never returned. Coincidence?

As a scientist he recognizes this is possible but thinks it highly unlikely. He has advised many patients over the years on how to adopt a similar approach, many of whom have had good success.

One patient who bought Ben’s book was computer scientist Richard Gerber. He was diagnosed with glioblastoma in 2006 and given only months to live. As an expert at developing solutions for complex problems, he found Ben’s approach to be logically convincing.

After reviewing the research on his condition, he decided to find agents that would block all pathways the tumor needed to grow, so no cancer cell would be able to find an escape route.

He only intended to bring this strategy to his oncologist’s attention if he received a positive response to the idea of adding melatonin to his treatment.

In an interview for the documentary Surviving Terminal Cancer, based on Ben’s book, he said, “…she didn’t want to hear about it. She told me not to take melatonin and that it would just confuse the matter.

“At that point I realized I was on my own.”

He started adding agents incrementally, carefully reading research papers to understand dosages and making sure no drugs or nutraceuticals interfered with each other.

At its peak he was taking more than 25 remedies. To get hold of drugs not approved for cancer, he feigned symptoms of ailments he didn’t have. Where this wasn’t possible he resorted to forging prescriptions. (Not recommended to our readers. . .)

Stance of oncologists is unethical

It was a case of doing something radical (and illegal) to give himself a chance, or accept that he’d be dead in a few months.

At the time the documentary was filmed, Richard had not experienced any recurrence of the disease for 6½ years.

Ben Williams believes that for doctors not to explore therapies that might benefit patients except in the context of clinical trials, even when dealing with a terminal diagnosis is, as he expresses it, “…a gross violation of any acceptable ethical principle.”

Richard Gerber agrees, saying, “I just don’t think it’s even ethical. I wouldn’t be able to live with myself, just presiding over patients, giving them radiation and chemo and at the same time knowing they’re all going to die.”

Few would disagree with those sentiments.