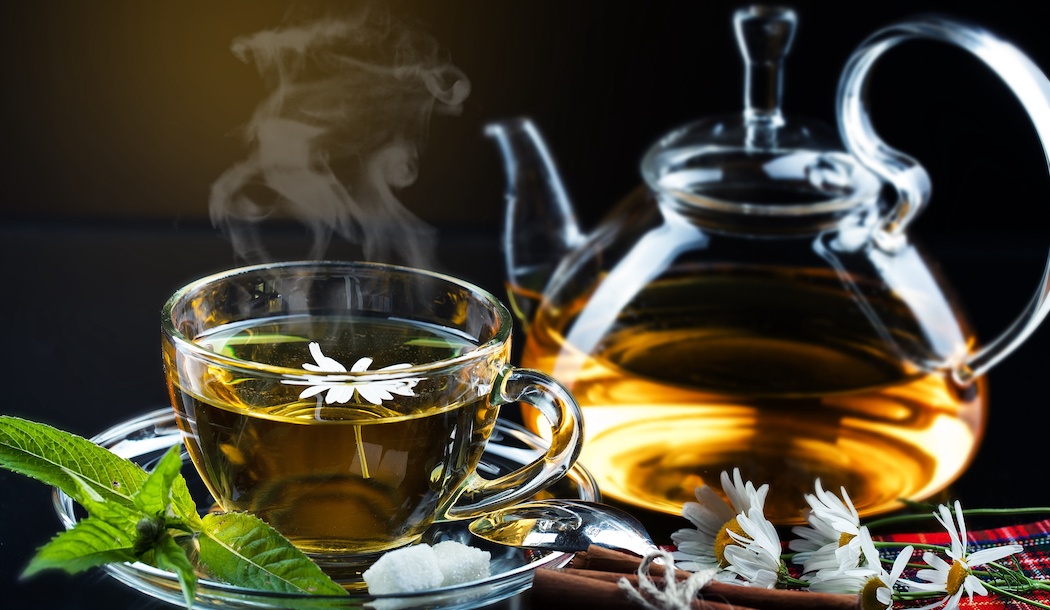 Four centuries ago, the Chinese began brewing the leaves of this plant and drinking it as a hot beverage. Today, it’s the world’s most popular beverage besides water. Hundreds of millions of people drink it. However, it’s never been as popular in America as in the rest of the world – despite its many benefits.

Just for starters, it’s been shown to slow the growth of at least 11 different kinds of cancer. And there’s more…

This drink is effective against cancers of the esophagus, stomach, colon, bladder, prostate, ovaries, uterus, and breast. And it also reduces lung cancer risk — even in smokers – as well as non-Hodgkin’s lymphoma, and leukemia.

And that’s why I rank green tea as the #1 anticancer beverage. You might think drinking a few cups of tea per day insignificant. But let me assure you, you’d be wrong.

Cancers of the digestive tract, for example, are up to 68 percent lower in tea drinkers. And this may be why major tea-drinking countries have lower cancer rates than America.

The healthiest tea of all…

How tea is processed can make a substantial difference in its nutrient and anticancer value.

Green tea is the least processed tea, richer in antioxidants and beneficial polyphenols than black.

Black tea tends to have oxidized catechins and compounds. In this context, oxidation is a bad thing; it destroys nutrients. Black tea is referred to as “fermented” while green tea is unfermented, and oolong is semi-fermented.

What makes green tea such a potent
anticancer drink?

Green tea boasts an exceptional blend of anti-inflammatories and antioxidants. It also has the uncanny ability to boost your liver function… and detoxify poisons and carcinogens.

Green tea enables your immune system to search for and destroy cancer cells and gives your DNA repair team a helping hand.

Researchers think most of green tea’s health benefits come from its polyphenols – recently coined “lifespan essentials.” Polyphenols are plant antioxidants that work in complex ways, above and beyond normal antioxidants.

A Japanese study in laboratory rats found that 93.8 percent of the rats with mammary tumors given green tea survived – compared to only 33 percent of the non-tea group. The green tea group also had smaller tumors.

Fights cancer in clinical study, too

A large clinical study in China found that prostate cancer risk in men decreased with increasing frequency, duration, and quantity of green tea consumption. In plain English, the more green tea you drink, the more often you drink it and the more years you drink it, the less likely you are to fall prey to this disease.

Can you cleanse your genes with green tea?

Nature created an ingenious way to reduce your risk of cancer, linked to how your DNA works.

Like a radio or TV, the genes in DNA can be turned on or off. When they’re turned on, they express themselves and give commands. But when they’re “off,” they’re silenced.

Now, those genetic instructions are important for preventing cancer growth. You see, your “off” button is triggered by something called a methyl group. When attached to your genes, it’s called DNA methylation. This “switch” can become stuck in the off position. But you can clean your genes of those methyl groups and turn them back “on” with the magic of certain plants.

And one of the plants with the most outstanding methyl-plucking talents is green tea.

Should you drink green tea during chemotherapy?

If you’re undergoing chemotherapy, green tea may increase the effectiveness of the treatment and yet protect you from its dangerous side effects at the same time.

Two Japanese researchers published several studies showing that green tea and some of its components increase the concentration of chemotherapeutic agents. For example, it increased Adriamycin’s effect 2.1 to 2.9 times, while decreasing the drug’s effect on normal tissue.

Green tea also boosted the effectiveness of Tamoxifen while protecting from liver damage. EGCG improves the cancer-killing effects of Taxol. And green tea can cause resistant cells to be more sensitive to Herceptin.

Green tea during chemotherapy also helps tumors shrink more than usual and protects some of the organs that chemo is most likely to damage.

One of the wonders of plant foods is that they confer such a wide range of benefits, for one health condition after another — unlike a pharmaceutical drug that targets one single system.

So, it should come as no surprise that green tea also can protect from or reverse other health issues besides cancer:

How to get a bigger health boost from green tea

Green tea is a nutritional powerhouse on its own. But it may be even better when combined with certain other nutrients. Consider pairing your green tea with the following for benefits far greater than the sum of the parts. For example:

How to choose and prepare green tea

It’s important to buy organically grown tea. Several non-organic brands were analyzed and found to contain traces of DDT. Obviously, a drink intended to reduce your cancer risk should not contain toxins that increase your risk.

Create your best-tasting, most nutritious tea by steeping your tea bag in hot water for three minutes. Tea connoisseurs say green tea becomes too bitter when brewed longer. The recommended brewing time is shorter than the four minutes needed to bring black tea to its peak of flavor.

Forget about bottled green tea. A study presented at the American Chemical Society showed some sixteen-ounce bottled teas contain fewer polyphenols than eight ounces of brewed tea. For maximum cancer protection, drink eight to ten cups per day. Please note: the caffeine in the tea appears to be important to its anticancer effects.

To be honest, I couldn’t drink eight cups (or even three) per day. I’d be up all night. But most people are much less sensitive to caffeine than I am. If drinking that much tea isn’t your cup of tea, you can take green tea in supplement form at the rate of two 250-mg tablets per day.

In general, green tea contains much less caffeine than black tea, and a mere fraction of what’s found in a typical cup of coffee. So, you may be able to tolerate the high levels of intake that are said to yield the most benefits.