The 10 Point Plan for Preventing Cancer 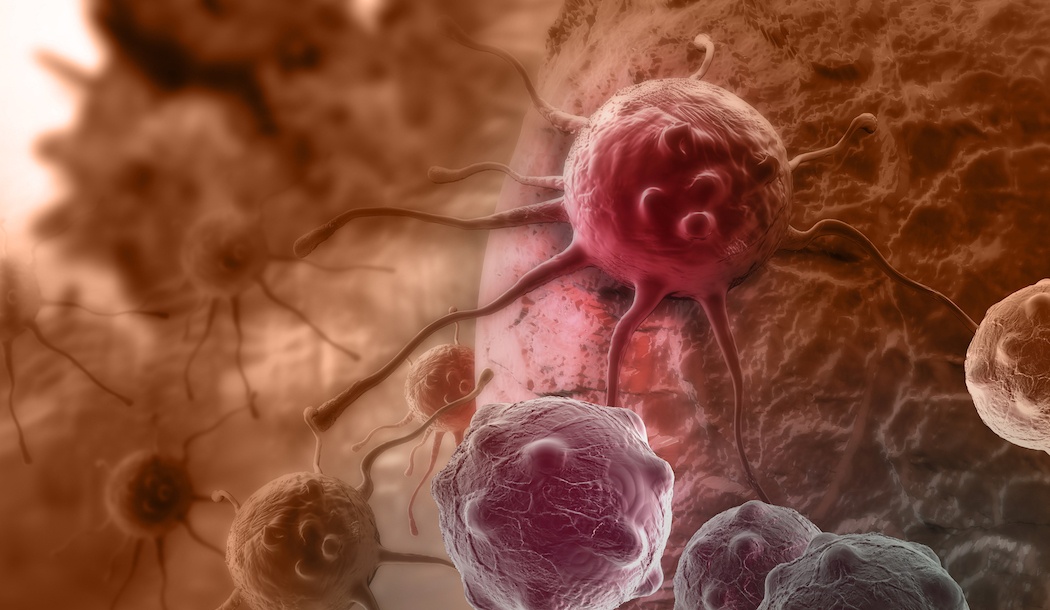 World-renowned independent experts gave us the most up-to-date and authoritative information about cancer prevention and survival – as seen from the perspective of conventional medicine, of course.

Their detailed analysis – running more than 10,000 pages – is based on three decades of studies involving 51 million people, 3½ million cases of 17 types of cancer.

You will be relieved to learn they boiled this massive pile of documents down to ten recommendations we should follow. And some of the findings are surprising. . .

By following healthy lifestyle recommendations, you can lower the risk of cancer by about one-third to one-half.

The authors also state that you can gain additional protection from cancer by avoiding exposure to environmental pollution and carcinogens encountered in the workplace. But these aspects and others were not covered because they’re beyond the study’s original purpose.

The report confined itself to steps where there was strong evidence – convincing or probable – that a given factor caused or prevented cancer. Where the evidence was “limited but suggestive,” it didn’t make the grade.

If current trends continue, overweight and obesity are expected to overtake smoking as the number one risk factor for cancer. The evidence is considered to be strong and has grown even stronger since the group’s Second Expert Report in 2007.

Metabolic and hormonal abnormalities that come with obesity, such as elevated levels of fasting insulin, estradiol (a strong type of estrogen), and inflammation, all increase cancer risk.

The microenvironment of tissues can be changed by obesity, making them more prone to act as colonization sites for tumors. Obesity is also linked to changes within cancer cells that make them more likely to spread.

Chromosomes and genes are also more likely to mutate in obese people. This has been demonstrated in human studies of colorectal and endometrial cancer in women, and in cancer of the esophagus in lab studies.

There is now convincing evidence that body fat causes cancers of the esophagus (adenocarcinoma), pancreas, liver, colorectum, breast (postmenopause), endometrium, and kidney. It’s also a probable cause of cancers of the mouth, pharynx, larynx, stomach, gallbladder, ovary, and prostate.

Appropriate activity creates a metabolic environment in the body that makes some cancers less likely to occur.

Positive effects of physical activity take effect within the endocrine and immune systems. The result is to lower circulating estrogen, fasting insulin and inflammation, enhance innate and acquired immunity, and promote tumor surveillance.

3. Eat a diet rich in wholegrains, vegetables, fruit and beans

Make wholegrains, non-starchy vegetables, fruit, and pulses (legumes) such as beans and lentils a major part of the daily diet.

Fruits and vegetables contain a host of micronutrients that protect against cancer, such as vitamins A, C, E, folate and selenium. Lab studies also demonstrate that many phytochemicals like carotenoids, dithiolthiones, isothiocyanates, flavonoids and phenols have anti-cancer effects.

However, hard evidence is not easy to come by when looking at large population studies, so there was no convincing evidence that eating such a diet is protective.

There was also convincing evidence for an increased risk from aflatoxin (mold) contamination in certain foods, leading to liver cancer.

Other probable sources of cancer risk were foods preserved by salting (stomach cancer) and Cantonese-style salted fish (cancer of the nasopharynx – the upper part of the throat behind the nose).

4. Limit consumption of ‘fast foods’ and other processed foods high in fat, starches and sugars

An increased glycemic load (raised blood glucose) probably causes endometrial cancer. There was no other strong direct association with any other cancer. Fast foods and a Western-type diet are a concern in the context of cancer because they probably promote weight gain.

Eat no more than moderate amounts of red meat such as beef, pork and lamb each week (12 – 18 ounces cooked weight). Eat little if any processed meat, such as hot dogs, bacon and ham.

Red meat cooked at high temperatures forms compounds that potentially cause gene mutations. DNA damage can also be caused by the increase in heme iron, a form of iron that circulates in the blood.

Processed meat is usually energy dense, has high amounts of salt which can damage the stomach lining, and the methods used to prepare it generate carcinogens.

Red meat was found to be a probable risk, and processed meat a convincing risk for colorectal cancer. No level of processed meat intake can be considered risk-free.

The report recommends sticking to water, (although they did point out that arsenic in drinking water was a convincing cause of some cancers. Have your water tested if this is a concern in your area.) If you’re a tea or coffee drinker, limit yourself to a maximum of four cups (to limit caffeine consumption), and don’t sweeten it. Coffee probably lowers the risk of cancers of the liver and endometrium.

There is no strong evidence in humans for artificial sweeteners causing cancer, so drinks such as diet soda are acceptable in limited amounts. (I find this conclusion questionable.)

Sugar sweetened drinks are not strongly linked to any cancer but convincingly put on the pounds.

Their preferred option: Don’t drink at all. The report states that “there is no level of consumption below which there is no increase in the risk of at least some cancers.”

Drinking alcohol increases the production of metabolites that are genotoxic and carcinogenic. These effects come from acetaldehyde, free radicals, changes in hormone metabolism and alcohol’s solvent properties which allow carcinogens to penetrate cells.

A convincing increased risk was attached to cancers of the mouth/pharynx/larynx, esophagus (squamous cell), liver, colorectum, breast (postmenopausal) and a probable greater risk for stomach and premenopausal breast cancer. However, up to two drinks a day probably lowers the risk of kidney cancer. (Considering the other health risks, I would not drink this much merely because it may help one organ.)

8. Do not use supplements for cancer prevention

The report authors accept certain vulnerable groups even in high income countries may need to be helped, at least in the short-term, with supplements, but feel people should aim to eat “nutrient-dense” diets to protect against cancer.

Trials of high dose supplements “have not consistently demonstrated” protective effects and there is “uncertainty as to the effects of dietary supplements on cancer risk.”

Only calcium supplements above 200mg/day offered strong evidence for probably decreasing the risk of colorectal cancer.

NOTE: This is probably the worst recommendation in the report, and flies in the face of tens of thousands of published studies on nutrition. How could the authors be so far off the mark?

The explanation may be something like this: In studies of large populations, it’s almost impossible to determine who used what supplements, and for how long, and whether the supplements were of high quality (NOT the ones you buy at, say, Walmart or Walgreens.) It’s well-known that merely popping a cheap multivitamin provides little benefit, and that’s all it takes to get yourself classified as a “supplement taker.”

9. For mothers, breastfeed your baby if you can

Having been breastfed protects children against weight gain and probably protects the mother against breast cancer.

10. After a cancer diagnosis, follow the above recommendations if possible

The report states that diet, nutrition, physical activity and body fat are increasingly recognized as being important in cancer survival. People diagnosed with cancer should be able to consult with trained health professionals in these fields.

A blueprint to beat cancer

“Our Cancer Prevention Recommendations work together as a blueprint to beat cancer that people can trust, because they are based on evidence that has now proved consistent for decades.”

“We are committed to giving you the most up-to-date and authoritative information about cancer prevention and survival, enabling you to make healthy lifestyle choices in your daily lives to reduce cancer risk.”

Rowan Chlebowski, head of medical oncology at City of Hope National Medical Center, Duarte, California, agreed with the findings of the report:

“I believe that the evidence is strong enough to make a compelling case that people should take the 10 recommendations for cancer prevention seriously.

“A good number of scientific studies support the concept that cancer can be prevented with diet, nutrition, weight management, and physical activity.”

In our last issue, we talked about a building you don’t want to enter, if you value your life. The article is running again below just in case you missed it.