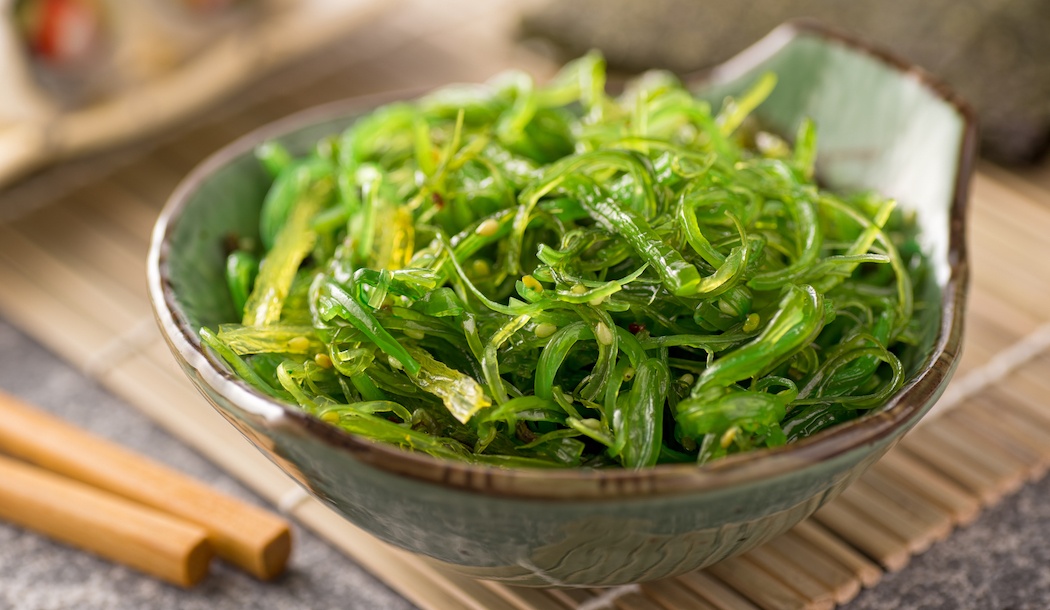 Had any seaweed lately?

Probably not. It’s a type of food that Americans hardly ever eat.

But in many parts of Asia, like Okinawa, a number of types of seaweed are popular. And at least when it comes to Okinawa, it’s known that cancer rates are low and people live longer than almost anywhere else on earth. They are among the most-studied ethnic groups on earth.

Now, the longevity of Okinawans has been attributed to all kinds of different things. It’s a matter of debate. But we do have some facts on their remarkable luck with cancer. . .

When researchers analyze the chemical constituents of seaweed, they find natural compounds that they’ve decided to investigate for anti-cancer benefits and other health benefits – benefits we should all take advantage of!

The importance of seaweed

Seaweeds are so nutritious that inquiries into the history of human development now suggest they played a role in the development of the human species. They may be among the select group of crucial foods primitive pre-humans needed to make the leap that gave us more complicated brains and bodies.

According to scientists in Denmark, seaweeds are rich sources of minerals like magnesium and zinc that may have allowed ancient humans to acquire the bigger and better brains. These enabled our ancestors to master the formation of large, cohesive societies – and the technologies that support them.

An important advantage to eating seaweed is that it’s easy to get. You can harvest it along almost any ocean-front beach. That contributed to its place as a staple food of early humans.1

Plus the Danish scientists are quick to add that the seaweed nutrients that benefited our primitive ancestors still benefit us today. And if your ethnic group doesn’t see it as a delicacy, you might want to step outside the box and try it anyway. Its anti-cancer potential makes it worth a look.

Moving to more modern times, a population study in Japan has shown that consuming seaweed is linked to a better chance of avoiding cancer and longer life expectancy.2

Much of the detailed cancer research analyzing seaweed has focused on a compound it contains called fucoidan. This chemical has impressive qualities. Like many natural anti-cancer chemicals, it can kill cancer cells while leaving normal cells unharmed.

Support for the immune system

In addition, it’s an immune “modulator.”3 It revs up an under-active immune system as needed to kill harmful invaders or cancer cells. But, at the same time, it can calm down inflammation when overactive immune cells are damaging healthy tissue and potentially increasing the risk of cancer.

For example, in a lab test in Japan, researchers found that fucoidan is absorbed by what are called Kupffer cells – immune cells that sit along the walls of blood vessels and in the liver. These cells act as scavengers – they grab and devour disease-causing pathogens. Fucoidan enhances the response of these immune cells and renders them more efficient at killing problematic microbes.4

An important aspect of fucoidan’s anti-cancer benefit is the fact that it can shrink inflammation in the digestive tract. Because so many of us eat way too much processed food and fast food, our besieged intestines are prone to develop irritation and inflammation along the intestinal walls. This can set us up for cancer. Inflammation can lead to colitis, Crohn’s disease and other conditions that are often precursors to cancer. And the longer you endure one of these digestive upsets, the more your chances of cancer climb.5

But lab research in Australia shows that fucoidan can limit inflammatory damage to the colon and bar damaging immune cells from invading the intestinal walls.6

According to researcher Helen Fitton, “It’s truly exciting that a naturally-derived marine ingredient has demonstrated such profound anti-inflammatory benefits with great potential to improve gut and digestive health. Fucoidan has long been valued for its ability to address both local and systemic inflammation.”

Other anti-cancer actions by fucoidan include:

An interesting twist to the fucoidan story is its growing use in skin products.

For instance, while I’m no fan of sunscreen, many people use these products to keep from getting sunburns. In my opinion, you should get just enough sun to slightly tan and let your skin produce vitamin D. After that, simply get out of the sun.

But if you can’t avoid getting too much sun, a sunscreen made from fucoidan and other compounds found in seaweed – which may be available in the near future – may prove to be a better option than the chemical concoctions now on the market.

One big problem with some of the sunscreens you can buy today is that when they wash off in the ocean, they release chemicals that are harmful to the environment – damaging coral and other sea life. This has led to bans on certain sunscreens in Hawaii, Key West and other areas. (Two of the worst sunscreen chemicals are oxybenzone and octinoxate.)

But according to researchers in Asia, fucoidan along with seaweed-derived compounds like carageenan and what are called mycosporine-like amino acids can block ultraviolet (UV) rays and help skin cells fight off UV oxidative damage. The researchers also add that taking supplements of these substances allows the chemicals to enter skin cells, where it provides UV protection.11

I have to say, a sunscreen you take by mouth sounds interesting. We’ll have to see. It’s not available yet as far as I know.

As you may have noticed from all this important research, the plants that are classified as “seaweed” are not the annoying, useless organisms the word “weed” calls to mind. They are health wonders that are wonderfully nutritious. Unfortunately, most of us are not taking advantage of them.