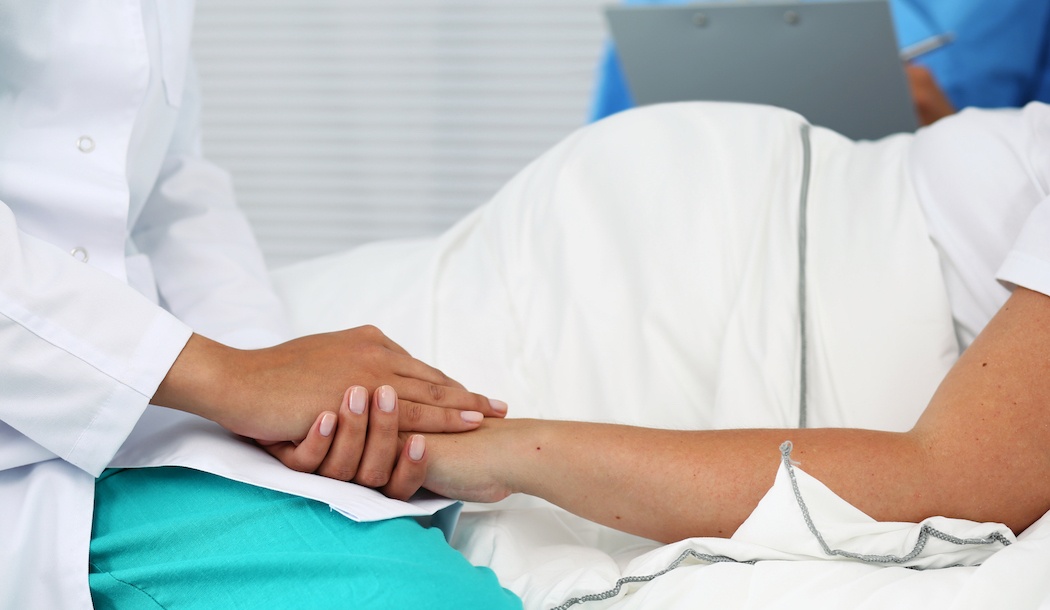 There’s a particular risk factor for cancer that gets swept under the rug for reasons of “political correctness.” For example, a recently published study noted a 50 percent higher cancer risk for women who undergo this procedure, yet the results were dismissed as “far from conclusive.”

And that’s not the only study that’s been dismissed out of hand. There have been many. So what gives?

Yet it’s worth trying to set aside politics and even your own past in an effort to limit your cancer risk… because your life could depend on it.

Don’t you owe it to yourself to try to discover the truth, so you can take action to protect your future and the futures of women you care about?

First off, how good is the evidence that there is a link between having an abortion and then later developing breast cancer?

The first study showing the link dates back to 1957 – long before abortion was even legal in the U.S.

Then, a 1996 meta-analysis of worldwide research on the abortion-breast cancer link encompassed 23 studies on the subject. It revealed a stunning 30 percent increase in breast cancer for women who’d had an abortion in the past.

Yet the studies provided an abundance of proof that abortion is not only a cause of cancer, but an especially potent one.

As of 2014, at least 28 separate epidemiological studies show a positive correlation, and 21 of those show a statistically significant risk.

What’s more, two of the three major meta-analyses support existence of the link.

In 2007, a multinational study found that abortion was the most accurate predictor of breast cancer out of seven factors studied across eight countries – including the United Kingdom, the Irish Republic, Sweden, the Czech Republic, Finland, and Denmark.

The breath-taking evidence from Asia

The most overwhelming evidence of all comes from India.

There, women marry early, have many children, and breastfeed… all of which are known to reduce breast cancer risk. So the potential abortion-breast cancer link is easier to observe there.

The evidence from India isn’t merely clear. It’s screaming from the mountaintops.

On average, these studies amount to a staggering 439% increased risk of breast cancer if a woman had had an abortion.

This isn’t just a strong correlation, either. It suggests a causalrelationship. Meaning that abortion can actually trigger breast cancer. The most likely explanation for how abortion causes breast cancer is even stronger for women who had abortions in their teen years.

During pregnancy, a woman’s body undergoes dramatic changes – including changes to the breasts.

The female hormone estrogen is a known carcinogen that triggers cell division. When estrogen goes crazy you can get cancer.

These two known facts suggest how an abortion can increase breast cancer risk. During pregnancy estrogen boosts the creation of breast tissue clusters called lobules in preparation for breastfeeding. This creates very unstable breast tissue early in pregnancy, which then matures in the last month or two of pregnancy.

Mature breast tissue is less vulnerable to estrogen’s carcinogenic effects. But the unstable tissues of early stage pregnancy are highly susceptible to cancer. When the maturation process is interrupted by an abortion, it leaves unstable breast tissue in its wake.

If this theory of the causal mechanism is true, it begs the question of why elective abortion triggers estrogen-related damage but miscarriage apparently does not.

The key factor seems to be that estrogen levels can be much lower in pregnancies destined to end in miscarriage. So the disruption causes less collateral damage.

Now for what the critics say…

Critics argue that the studies are tainted – by “recall bias,” anti-abortion bias, or both.

The recall bias argument postulates that women may falsify or cover up their abortion history, which would skew results.

Dr. Joel Brind is a leading endocrinologist and an expert on the link between abortion and breast cancer. He concurs that some women might misrepresent their medical history of abortion(s).

But he notes that such a recall bias argument only has merit if the healthy women (the “control” group) conceal their abortion history more often than women with cancer do. And ample evidence shows they do not.8

Critics also suggest that studies on the link are tainted by researchers’ personal views on abortion.

Yet the actual studies supporting the link are widely accepted in the scientific community.

But her response to the pivotal 1994 study showing the link is telling:

“If politics gets involved in science, it will really hold back the progress that we make. I have three sisters with breast cancer, and I resent people messing with the scientific data to further their own agenda, be they pro-choice or pro-life. I would have loved to have found no association between breast cancer and abortion, but our research is rock solid, and our data is accurate. It’s not a matter of believing, it’s a matter of what is.”10

In pooh-poohing the link, they often cite the National Cancer Institute (NCI), which, under the auspices of the U.S. Department of Health and Human Services, hosted a two-day symposium in 2003 claiming that abortion is “not associated with an increase in breast cancer risk.”

One non-speaker participant disagreed with the NCI’s conclusion, but no one was willing to debate the issue with him.

That participant was Dr. Joel Brind, who published detailed statements about the flawed nature of that 2003 workshop.11 One compelling argument in his favor was the NCI’s failure to invite any speakers who support the existence of the ABC link.

He notes that even some of the NCI’s own findings show a 50 percent greater risk of breast cancer in women who’ve had an abortion… a doubled risk when the abortion was before age 18 or after age 30… and a statistically “infinite” risk for those who have a family history of breast cancer.12

Six years after the 2003 workshop, one of its leaders, NCI’s Dr. Louise Brinton, acknowledged the abortion-breast cancer link.13

So what does Planned Parenthood say? No big surprise here… they “have refuted the reliability of such an association.”

In spite of the massive effort to ignore the facts, some doctors are becoming concerned about teens getting abortions. In 2015, the American College of Pediatricians urged women to “know their ABCs” and get informed about this causal link.14

The Association of American Physicians and Surgeons says that women have the right to know about all the ramifications of abortion before undergoing the procedure. What a novel idea!

Your hormones matter more than you think

Hormones play a pivotal in your reproductive health. And for a woman to achieve an ideal balance among her multiple different hormones is like walking a tightrope. Here’s some of what we know:

1. A woman who never gets pregnant is less likely to get breast cancer than one who ends a pregnancy.15

2. Childbearing protects women against breast cancer. Not only does a live birth mean avoiding the risks of abortion… it also confers breast health benefits by equipping the mother with cancer-resistant stable breast tissue.

3. If a woman breastfeeds her baby, she’s even more protected from cancer.16

4. Studies show that, following an abortion, the sooner a woman has a full-term pregnancy and breastfeeds, the more protected she is against breast cancer.17

5. Oral contraceptives (aka, “the pill”) and conventional hormone replacement therapy (using prescription drugs rather than natural hormones) alter your hormones and increase your risk of breast cancer.

Long ago and far away…

If you’re of a certain age, you may have had an abortion many decades ago. Obviously, it’s too late for you to turn back the clock.

That being said, you’ll want to be proactive in taking steps to counter-balance the increased risk. Here are some good ways to start:

One of the most loving things you can do for younger loved ones is to take the initiative and engage them in an honest discussion about the cancer risk associate with abortion.