The Cancer Treatment Hiding in Your Kitchen – Cancer Defeated

The Cancer Treatment Hiding in Your Kitchen 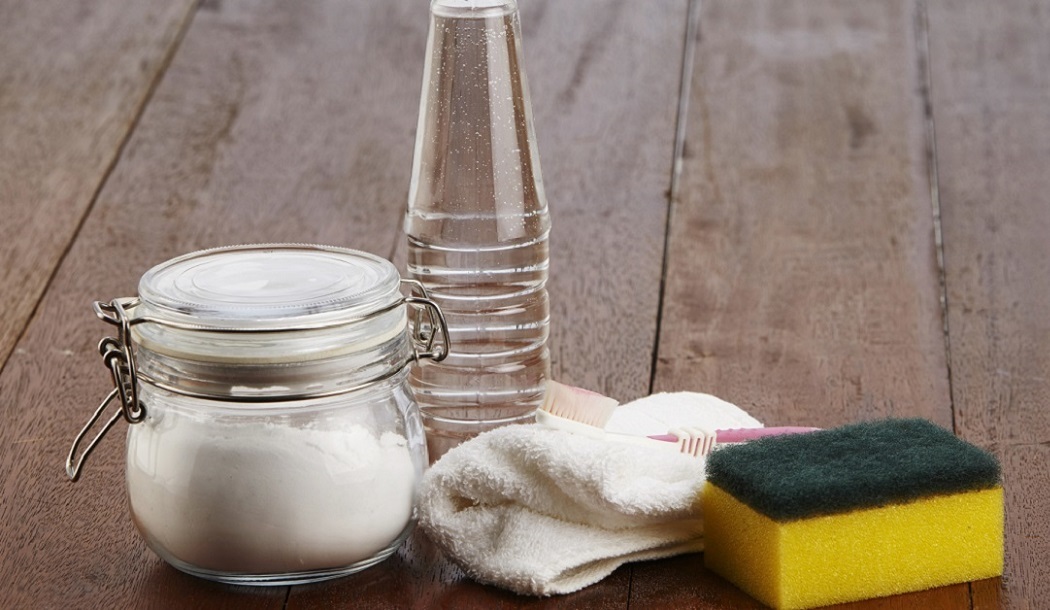 The old kitchen staple baking soda has long been praised for its powers to clean, disinfect bacteria and remove odors in the kitchen. It can also help brighten your laundry, even whiten your teeth when used as toothpaste.

But natural health enthusiasts point to a number of internal health benefits that most people never hear about, from relieving acid indigestion to fighting cancer.

I’m good with the indigestion part, but long-time readers of this newsletter know I’ve been a skeptic of the baking soda treatment for cancer. Now I may have to reconsider.

Your body is no stranger to the bicarbonate in sodium bicarbonate, also known as baking soda. Your pancreas continually manufactures and secretes bicarbonate to help control the acidity within your body.

One of the functions of bicarbonate is to reduce the acidity of partly digested food that leaves the stomach, where it’s bathed in stomach acid, and enters the small intestine. In addition, your kidneys take part in chemical processes that maintain the proper levels of acid-buffering bicarbonate in the bloodstream.

Perhaps it’s this effect that resulted in baking soda’s help for those with kidney disease. A study suggests that taking baking soda helped some people postpone dialysis.1

Although the body maintains this bicarbonate buffering mechanism to keep its acidity at a healthy level, this doesn’t always work as intended.

When you have cancer and a tumor has formed, the area where the tumor is located – what’s called its “microenvironment” – can become both more acidic than the rest of the body, and relatively low in oxygen, or hypoxic.

Researchers at the Ludwig Institute for Cancer Research, headquartered in New York, say those conditions can shut off cellular processes that might otherwise allow the cancer cells to be killed off by treatment with chemotherapy or other drugs.

According to the Ludwig scientists, the acidity surrounding the cancer cells disables a molecular switch in the malignant cells called mTORC1.

But when a tumor is disrupting the body, things are far from normal. The fact that the cancer cells are sitting in extra acidity and low oxygen shuts off this molecular switch. So, the cells become quiescent – they’re in a sort of suspended animation.

One result of this quiescence is that the cancer cells become resistant to drug treatment. Because the cells are not functioning as protein factories, the drugs can’t take advantage of the protein manufacturing process to go inside the cells and kill them.

In their experiments, the Ludwig researchers found that baking soda – swallowed in a solution with water – can undo that quiescence. It wakes the cells up when it neutralizes the acidity that’s surrounding the tumor. The lower acidity changes the arrangement of structures in the cell so that the mTORC1 switch gives the green light for proteins to be made.

And that’s a double whammy for cancer cells. Not only can drugs interact with the cells to destroy them, the lower acidity and restoration of cellular function also helps the body’s immune cells, called T-cells, invade the tumors and start killing them, too.

“The concept is so easy,” says researcher Chi Van Dang, who is Ludwig’s scientific director. “It’s not some $100,000 per year drug. It’s literally just baking soda.”

There’s also evidence from other studies that baking soda may help control inflammation linked to cancer and autoimmune disease.

Research at the Medical College of Georgia at Augusta shows that drinking a solution of baking soda mixed with water can interact with the spleen to calm down the immune system.

These researchers explain that when you drink the combo of baking soda dissolved in water, it tells the cells on the surface of the spleen – called mesothelial cells – to not start up inflammation in response to the food you eat.

They further point out that those mesothelial cells also make up the lining of the digestive tract. Similar to their action in the spleen, when you eat a snack or a meal, the mesothelial cells take part in an inflammatory reaction to protect the body from potential infection from microbes that might be in the food. But that inflammation may be overly intense and harmful.

Now the spleen – which is part of the immune system – also performs the duties of a large blood filter while serving as the location where immune cells called macrophages are stored.

In the Georgia study, two weeks of drinking baking soda shifted the spleen’s macrophages from being mostly the type that increases inflammation into the kind that more tightly controls this type of immune activity. And the researchers found this beneficial anti-inflammatory effect in both animals and people.2

It’s necessary to say that two weeks is a long time to be on a baking soda protocol, according to other advocates of this remedy. They usually recommend a shorter time, although the sources I’ve seen don’t mention what the negative effects of longer use might be.

Whether you buy into baking soda’s effects on the body’s ability to fight cancer or not, there’s one thing that’s certain: baking soda makes a fantastic wash for non-organic fruits and vegetables.

Researchers at the University of Massachusetts at Amherst have shown baking soda can be used to reduce your exposure to pesticides that might otherwise increase your risk of cancer.3

The researchers explain that the pesticides and other chemicals that get applied to produce are not easy to remove with some of the washing techniques that many consumers use.

In their study, the researchers analyzed how two common pesticides – the fungicide thiabendazole and the insecticide phosmet – stick to apples. They tried washing the apples with three different liquids: tap water, a one-percent baking soda/water solution, and a commercial bleach solution often used on fruits and vegetables that’s approved by the Environmental Protection Agency.

Their analysis showed that the baking soda solution was the most effective at reducing pesticides. This is a valuable bit of news, because it’s not always possible to buy organic produce, and this gives us an option for making conventional produce safer.

That’s the good news. The bad news – it took a full 12 to 15 minutes of soaking the apples in the baking soda solution to get 80 percent of the thiabendazoe removed and 96 percent of the phosmet to disappear.4

And the reason that 20 percent of the thiabendazoe was still there? It had been absorbed through the apple peel into the apple. It couldn’t be washed off!

Pesticide absorption is one of the reasons I say you should stick to organic apples – and other organic fruits and vegetables that don’t have pesticides sprayed on or applied. But, when you do have to eat conventional items, a baking soda wash will help.

As for the idea of taking doses of baking soda daily to avoid cancer or inflammation, I’d feel a lot more comfortable doing it under the guidance of an alternative doctor who is experienced with the therapy. And off the top of my head, I can’t think of any. It’s not widely used by the medical experts on the front lines of treating cancer. Plus, baking soda may interfere with the actions of certain prescription drugs.