The Chemical in Grapes with a Big Effect on Cancer 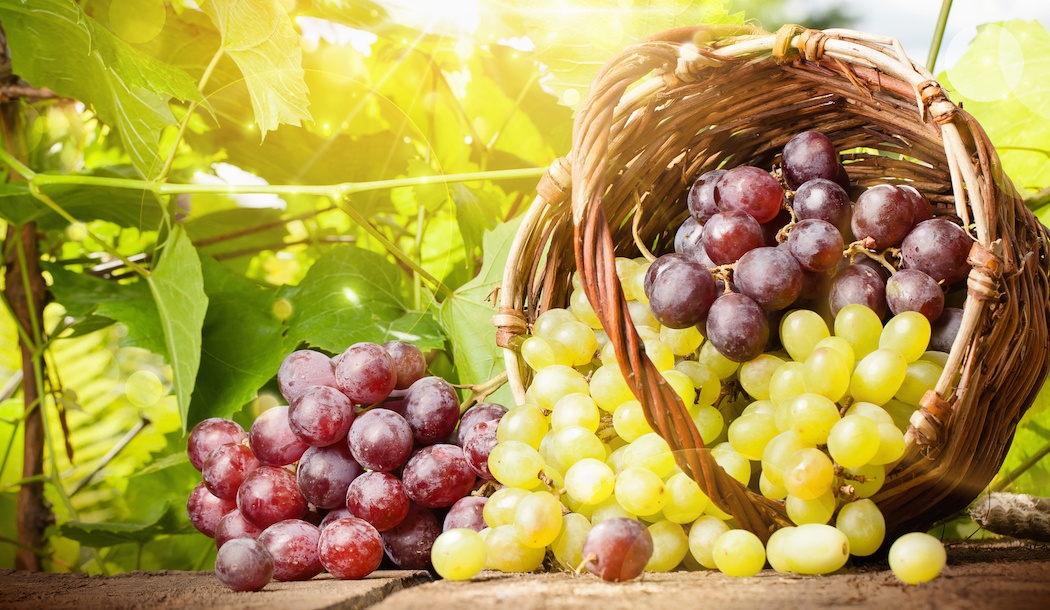 For years, research has been uncovering the remarkable health benefits of resveratrol, a natural chemical found in grapes, wine, dark chocolate and blueberries. Many of us have been supplementing with resveratrol for a long time now.

But it’s only been recently that studies have started to show the really powerful influence it can leverage against cancer.

What scientists have found could start a revolution in the struggle against tumors. . .

To those of us involved in natural and alternative health, it’s an unending source of wonder that mainstream science doesn’t take more interest in natural compounds that fight cancer.

I think a concerted effort in this field would produce amazing cancer cures, and all it would take is a fraction of the billions of research dollars devoted to pharmaceutical drugs.

Of course, you don’t have to look far to see why there’s a lack of interest. Unlike drugs, these substances can’t be patented and sold for high prices.  Anybody can package them and sell them. Spending money on research isn’t very profitable.

Despite these research barriers, more researchers are doing serious investigations of how these compounds — including resveratrol — work in the body. And they’ve found intriguing interactions with cancer cells.

For example, a study in Brazil shows that resveratrol interferes with a protein used by about 60 percent of cancer cells to spread in the body.1

The molecule that resveratrol inhibits is a mutant form of a protein called p53. Under ordinary circumstances, p53 suppresses tumors and helps to keep them from enlarging. In its normal form it’s called the “guardian of the genome.”

But when p53 mutates, it loses its power to suppress tumors, interferes with the beneficial functions of other proteins in the cell and forms harmful clumps that can rapidly grow in size. However, the Brazil lab tests demonstrate that resveratrol can keep p53 from forming large agglomerations and causing these problems.

Roots cancer out of the colon

Resveratrol can also help clear the digestive tract of cancer.

According to researchers at Penn State, a combination of resveratrol and grape seed extract is effective at killing colon cancer cells – and colorectal cancer is the second leading fatal cancer in the US.

Penn State researcher Jairam K.P. Vanamala points out that, like many other natural cancer killers, “The combination of these compounds is not toxic to healthy cells.”

The Penn State study reveals that when consumed in small amounts separately, resveratrol and grape seed extract are not as effective at killing cancer – and particularly at supressing and eliminating cancer stem cells – as they are when combined together. And the scientists are working on a pill combining resveratrol and grape seed extract that they think can fight colon tumors.

They believe the pill may be able to both prevent this type of cancer and reduce the recurrence of the condition in people who have already survived a bout with colon cancer. Of course, you don’t have to wait for their pill. Both these supplements are readily available now.

“We are particularly interested in targeting stem cells because, according to cancer stem-cell theory, cancerous tumors are driven by cancer stem cells,” says Vanamala. “Cancer stem cells are capable of self-renewal, cellular differentiation and maintain their stem cell-like characteristics even after invasion and metastasis.”

Cancer stem cells frequently survive conventional cancer treatments like radiation or chemotherapy. It is these hidden stem cells that often spring back into action, forming new tumors, after treatment has ended and the doctor has told the patient “we got it all.” Because resveratrol kills off these stem cells, it could be a big help in reducing the danger of cancer relapses.

You can find it in the blueberry “drug”

In Cancer Defeated and our other newsletters I’ve written often about the astounding health benefits of blueberries. This food could practically be classified as a “drug.”

Resveratrol is found in blueberries, along with a cornucopia of other valuable natural compounds. Your best bet is to consume the whole berry. It can make conventional cancer therapy significantly more effective.

In tests at the University of Missouri-Columbia, researchers have investigated how reseveratrol and chemicals called flavonoids (which are  antioxidants that also fight inflammation) from blueberries can make cervical cancer cells more susceptible to being killed by radiation treatment.2

They found that the combination of resveratrol and flavonoids were effective “radiosensitizers.” That means they made the cancer cells so sensitive to radiation that oncologists can treat the cancer with lower doses of radiation – sparing collateral radiation damage to healthy cells because the normal cells are not sensitized by these natural chemicals.

On the negative side of the ledger, I have to tell you that blueberries contain only about a tenth the resveratrol found in grapes, and the amount of resveratrol varies hugely depending on where and how they were grown. It’s important to eat right, but I strongly urge readers to take resveratrol and grape seed supplements as well.

And don’t hold your breath expecting your oncologist will reduce your radiation dose when you tell her you’re taking them. Personally, I would seek out a good alternative or integrative doctor, ditch the radiation and keep downing the blueberries AND the supplements.

A boon for lung cancer patients

Added on to all of these anti-cancer effects, researchers in Canada have looked into how resveratrol can work against lung cancer.

In their review study,3 the Canadians found that resveratrol could head off lung cancer by –

In other lung research, studies at the Saban Research Institute of Children’s Hospital Los Angeles have revealed how inhaling resveratrol can help prevent decreases in lung function by slowing degenerative cellular changes that often accompany aging.4 This is obviously experimental, but it sure sounds interesting.

The California researchers discovered that breathing in specially prepared formulations of resveratrol can protect what are called “alveolar epithelial type 2 cells” (AEC2). These are cells that line the small air sacs in the lungs where the body absorbs oxygen from the air you breathe and releases carbon dioxide when you exhale. The scientists believe this type of therapy might be able to help people survive longer with  chronic obstructive pulmonary disease (COPD).

In the next few years, I expect we’ll be learning even more about how resveratrol can work against cancer and other diseases. Like many other natural chemicals that plants make to help them fight off diseases, resveratrol holds a wealth of health benefits that we’re only beginning to appreciate.

I feel obliged to say that resveratrol is not a cancer “cure” all by itself. It’s just one of a couple of dozen nutrients and herbs that a cancer patient would benefit from taking. Remarkable as it is, it’s not even the best.

Readers of this newsletter know (I hope) that you need to tackle cancer with many treatments at once. And the beauty of alternative medicine is that you can do that safely – and cheaply.