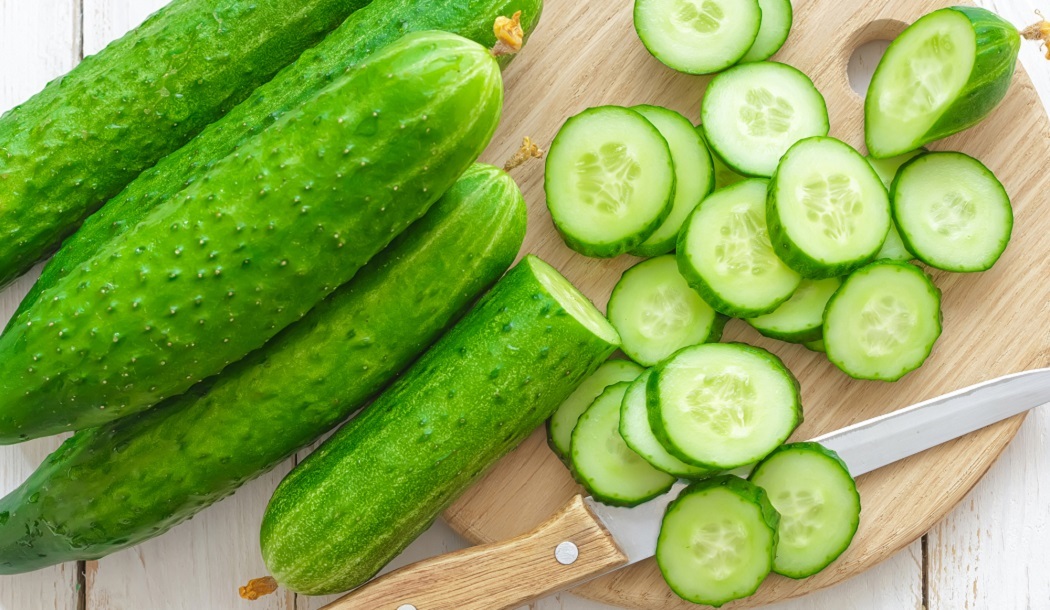 While you’ve probably never heard of a class of phytonutrients found in nature called cucurbitacins, if you’ve ever eaten a cucumber you’ve tasted their bitter flavor.

Despite not being widely known among the vegetable-munching public, cancer researchers have had their eyes on cucurbitacins for years. That’s because these powerful phytonutrients have shown remarkable abilities in killing off cancer.

Let’s take a look at what the research reveals and how you can use these findings—and some others— to shore up your cancer-fighting nutritional protocol.

If you bite into a fresh cucumber in a summer salad, you’ll notice a mildly bitter, or astringent taste. That’s the relatively small amount of cucurbitacins inside.

Interestingly, the cucumbers we buy in the supermarket have had their levels of cucurbitacins lowered from the original wild cucumbers that they were bred from, as an attempt to minimize the bitterness. And that’s a good thing! Wild cucumbers with their massive amounts of cucurbitacins are hard to enjoy. Plus, if you consume cucurbitacins in excess, you’ll experience an unwelcome side effect– a quick trip to the bathroom to empty your digestive tract!

The plants that manufacture cucurbitacins have good reasons for their production. These bitter compounds form an important part of their defense system against insects – protecting the plants from being devoured by beetles and grubs. Their bitter taste also fights off fungus and discourages foraging from deer, rabbits and other plant-eaters.

As it turns out, cucurbitacins also defend against numerous health problems, including cancer.

In Asia, Chinese cucumbers have traditionally been used to reduce swelling, calm coughing, reduce a fever and even help with balancing hormones. And in analyses of standard formulations of traditional Chinese medicines, researchers have found that many of them contain various types of cucurbitacins.

And nowadays, cancer researchers are uncovering a wide range of uses for cucurbitacins in treating tumors and preventing the spread of cancer cells in the body.

Medical researchers in Asia are using one of the cucurbitacins to defend against the spread of breast cancer.

In this case, researchers are targeting the cancer cells that break off from the original tumor, enter the bloodstream and then can take root to start a new tumor just about anywhere in the body. In most serious cases of breast cancer, it is this type of metastatic spread of the malignancy that’s the most dangerous, and most often fatal.

To find and eliminate these deadly cells, some researchers are working with exosome-like sequential-bioactivatingprodrugnanoplatforms (EMPCs). That’s a long name for tiny sacs, almost like microscopic balloons, that are filled with anti-cancer substances designed to eliminate the cancer cells.

Unfortunately, up until recently, the EMPCs often haven’t done very well in recognizing and latching onto the cancer cells traveling through blood vessels. But with changes to the surfaces of these little structures, they are more often taken in by the cancer cells. Once they’re inside a cancer cell, they release the cucurbitacin they contain and alter “cell signaling” –chemical changes in the cancer cells– in a way that reduces their ability to form a new tumor.1

Stopping the spread of cancer

Lung cancer is another type of cancer than can be especially life-threatening when it spreads into other parts of the body.

According to researchers in India, not being able to effectively treat this kind of lung cancer dispersion into other organs is a “major hurdle” in treatment – especially when the cancer travels to the bones or the brain.

Here too, though, cucurbitacins are being shown effective.

In addition, the Indian scientists have shown that cucurbitacins can also act as a stumbling block when cancer cells seek to access new blood vessels to get the nutrients they need to reproduce. According to the scientists, all of these actions are related to the fact that cucurbitacin blocks what’s called the Wnt/β-catenin signaling axis – a chemical process in cancer cells that helps them survive chemotherapy, multiply rapidly and resist apoptosis. We talk a lot about apoptosis in this newsletter. It’s programmed cell death, or, when a cancer cell commits suicide.2

Along with its collection of cucurbitacins, cucumbers contain another beneficial natural phytochemical called kaempferol, which belongs to a group of compounds called flavonoids. Often, flavonoids are antioxidant pigments that help give fruits and vegetables their distinctive colors.

According to a group of researchers from around the world who have collaborated on a review of kaempferol’s health benefits, these antioxidants reduce your risk of cancer. They point to a wide range of studies that confirm eating foods rich in kaempferol can lower your risk of cancers of the skin, liver, colon, ovary, pancreas, stomach and bladder.

In the research kaempferol:

Stopped the development of breast cancer: Research in Asia indicates that kaempferol can protect the body from breast cancer caused by toxins called “endocrine disruptors.” These disruptors distort how hormones behave in the body. They include toxins like BPA (from plastic) and triclosan (a chemical in anti-bacterial soaps and some toothpastes).3

Inhibited the growth and migration of brain cancer cells: A study of how kaempferol affects glioma cells – tumor cells that attack the brain and spinal cord – shows that it can eliminate their defense against apoptosis.4

But it’s only the beginning. A number of studies show that kaempferol can lower inflammation, keep the cardiovascular system healthy, defend the neurons in your brain, and fight the damage caused by diabetes.6

In other words, kaempferol is one of those must-have nutrients!

Getting enough of these
cancer-fighting super nutrients

If you want to make sure your diet includes plenty of kaempferol, along with cucumbers, other foods rich in this nutrient include cruciferous vegetables (like broccoli and cabbage), apples, green beans, onions and green tea.

Meanwhile, there are more than two dozen cucurbitacins that are found in cucumbers and other vegetables in the gourd family, such as zucchini, melon and pumpkin. And when you eat cucumbers, or any of these other vegetables, make sure you buy organic produce. Tests show that organic vegetables are often richer in health-boosting flavonoids and other beneficial natural phytochemicals that plants use to defend themselves.

Conventional produce, on the other hand, is protected from insects by the insecticides that farmers spray on them. So, they’re less likely to manufacture larger amounts of compounds like kaempferol. Plus, non-organic cucumbers may be coated with certain types of wax that may contain contaminants. By law, organic cucumbers – and other organic items – are not allowed to be coated with those chemicals.