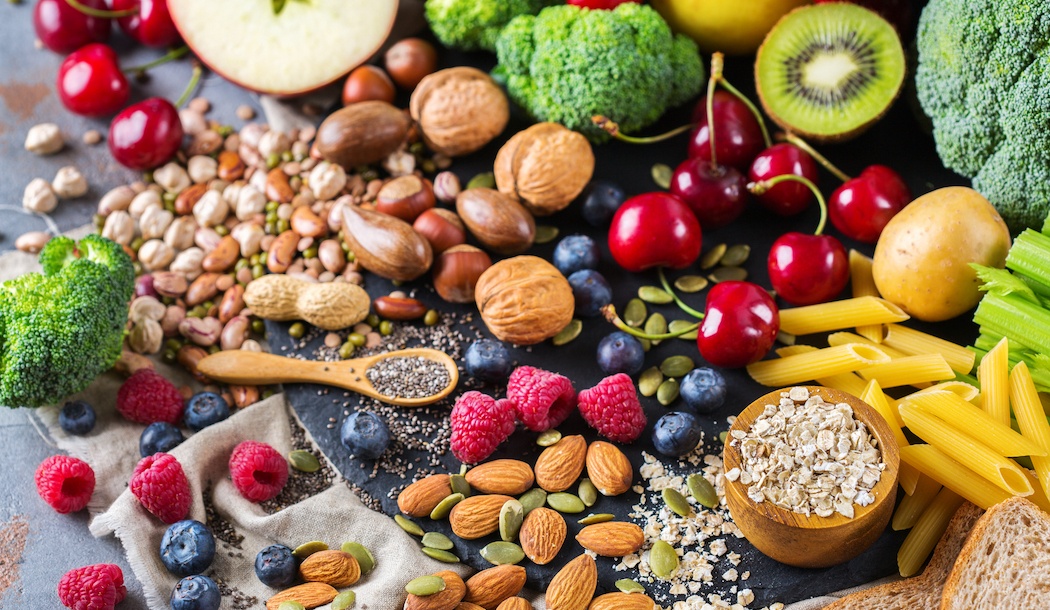 Scientists are pointing to one supplement that can slash the risk of a variety of cancers in patients at high genetic risk.

The scientists call the new findings “unexpected,” “exciting,” and “vitally important.”
What is this powerful supplement?

A constituent of oats, peas, and beans…

I’m talking about, wait for it… good old fashioned dietary fiber. But the news is that a certain fiber supplement appears to be more effective at preventing cancer in those at high risk than consuming fiber through diet.

The role of dietary fiber in human nutrition was first investigated in the late 19th century, but it wasn’t until a surgeon, Dennis Burkitt, returned from Africa in the late 1960s that a far more radical and groundbreaking view of the role of fiber became apparent.

Dr. Burkitt noted that Western diseases are absent or rarely seen in countries that have not been industrialized.

In fact, after recording more than a thousand bowel transit times of various ethnic groups Dr. Burkitt concluded that a common cause of a wide range of conditions ranging from appendicitis and dental cavities to heart disease and cancer is a lack of fiber in the diet.

Today, there’s strong evidence that a higher intake of foods containing fiber lowers the risk of colorectal cancer and possibly liver cancer, and, together with new research on the role of gut bacteria, cancer researchers are paying new attention to a fiber called resistant starch.

As its name suggests, resistant starch resists digestion and passes into the colon or large intestine virtually intact. On arrival the “good” bugs that reside in the colon feed on it in ways that offer protection against disease.

Back in 2013 researchers at the University of Colorado Cancer Center published a review in which they showed that resistant starch defends against colorectal cancer by killing pre-cancerous cells and reducing inflammation.

They reviewed mostly rodent studies which showed decreased numbers and sizes of lesions and increased cells expressing IL-10, a protein that acts to regulate the body’s inflammatory response.

One of the investigators, Dr. Janine Higgins, explained, saying, “Resistant starch may also have implications for the prevention of breast cancer. For example, if you let rats get obese, get them to lose the weight, and then feed half of the rats a diet high in resistant starch — these rats don’t gain back the weight as fast as rats fed a regular, digestible starch diet. This effect on obesity may help to reduce breast cancer risk as well as having implications for the treatment of colorectal cancer.”

It may also have implications for many more tumors. Since Dr. Higgins made this comment The International Agency for Research on Cancer has identified 13 cancers linked to obesity.
Dr. Higgins continued, saying, “There are a lot of things that feed into the same model of resistant starch as a cancer-protective agent. Much of this information currently comes from rodent models and small clinical trials but the evidence is encouraging.”

It certainly is encouraging and now a major human trial by an international team of researchers has given us even more reasons to be hopeful.

Of the 918 patients with an average age 45 in the study, 463 received a 30-gram resistant starch supplement to be taken once a day while another 455 took a placebo for two years.

The researchers assessed the participants after ten years and then followed them for another ten years.

After the 20-year study period, 52 patients who took the supplement developed colorectal cancer compared to 53 who took the placebo. It was a disappointing result. There was no meaningful difference. The researchers suspect this was because the supplement needed to be taken for more than two years to see an impact in this form of cancer.

However, not all the news was bad.

The resistant starch did have a major effect on other forms of cancer. Only five upper gastrointestinal cancers (including pancreatic, bile duct, stomach, and duodenal) were found in five patients taking the starch compared to 21 cancers in 17 controls.

This is the first trial to prove a dietary supplement can prevent hereditary cancer.

One of the authors, John Mathers, Professor of Human Nutrition at Newcastle University in England, commented on the findings.

“We found that resistant starch reduces a range of cancers by over 60 percent. The effect was most obvious in the upper part of the gut. This is important as cancers of the upper GI tract are difficult to diagnose and often are not caught early on.”

Another member of the research team, Professor Tim Bishop, at the University of Leeds, added, “The results are exciting but the magnitude of the protective effect in the upper GI tract was unexpected, so further research is required to replicate these findings.”

The researchers believe the positive role of resistant starch in reducing cancer lies in its ability to alter the type of bacteria that live in the colon. When the starch arrives in the colon it’s broken down by “good” bacteria. This changes the metabolism of bile acids and reduces types of bile acid that can damage DNA.

Multiple types of gut bacteria also produce butyrate and other short-chain fatty acids when they break down the fiber. Butyrate suppresses cancer cell proliferation and may enhance apoptosis or cancer cell death.

Recent rodent studies have revealed a key role for butyrate in reversing the progression of necrotizing pancreatitis, where part of the pancreas dies, increasing the risk of cancer. There’s growing evidence that pancreatic cancer is linked with distinctive changes in the gut microbiome.

We began this article by looking at the traditional African diet. This has changed over the last half century and is no longer high in fiber, so we would expect to see rising rates of colon cancer. But do we?

Today Africans rely on highly refined corn meal (maize) that’s low in fiber, yet they still have a low incidence of colon cancer. A possible explanation could be the discovery that their intestines are still producing large amounts of short-chain fatty acids.

This occurs because of the way they eat maize meal as a porridge. They only heat it once and then eat it at other times cold. This produces a large increase in resistant starch.

We can follow their method with foods more familiar to us.

Generally, we want to avoid starchy white foods like pasta, rice, and potatoes because simple starches play havoc with blood sugar. In addition, much of the resistant starch they contain is lost with cooking. However, when these foods cool down the resistant starch reforms, so these types of foods are best eaten in salads if they are eaten at all.