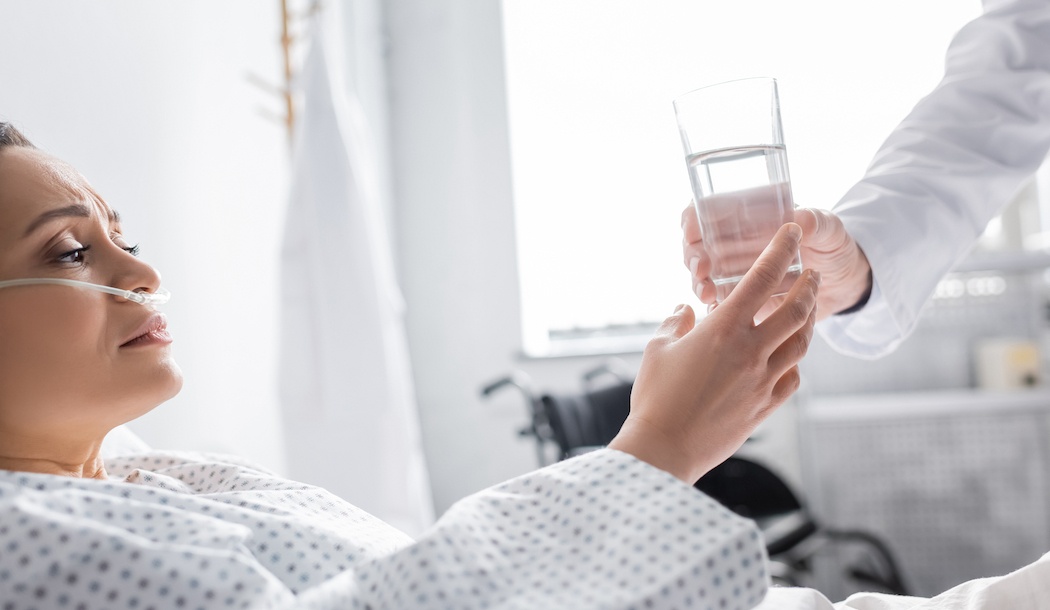 Without oxygen, you’d be dead in about six minutes. It’s that critical for life. So, it’s no wonder that there are numerous successful alternative cancer treatments which appear to work by increasing levels of oxygen in the body.

Eight years ago, I first told you about a simple remedy that boosts your oxygen levels in what might be the easiest way possible.

It’s still around today and while I’m not saying it can cure cancer, the research suggests that it could help mightily strengthen health for cancer patients or the chronically ill.

Oxygen deficiency has long been linked to disease, going back to Dr. Otto Heinrich Warburg in 1931, when he won the Nobel Prize for showing that cancer is caused by a lack of oxygen respiration in cells.

Or – to put a bit more scientifically — normal cells are obligate aerobes, but cancer cells are partial anaerobes.

Is this the hidden cause of
your low energy?

Unlike plants, your body needs to “burn” oxygen in every cell in order to produce the energy each organ uses to perform its unique function, from digestion to memory.

Your cells (excluding your red blood cells) each contain from 50 to 5,000 little “power plants” called mitochondria that produce the fuel needed for your cells to function. They demand oxygen as their raw material, but if they must, they can ferment sugar to produce energy. And they’ll do exactly that in the face of oxygen depletion. They’ll thrive on fermented sugar. Then, because this situation is not optimal, your cells’ energy levels drop. They get tired, fatigued, with nothing left to give.

If you’re low on oxygen (which happens more easily than you might think), your cells go into anaerobic mode, triggering a cascade of negative results. First, it slows your cells’ energy production. That slowdown leads to an aging body and many kinds of illness – including cancer.

So, although fermentation lets these cells survive, they no longer function at their best. Instead of performing their regular job or communicating properly with other cells, their “job” becomes to replicate and grow. And that can lead to cancer.

Breathing is not the only way
to improve oxygen levels

Most people think of oxygen as a gas. But it can also be found in liquid form.

Researchers at MIT and Stanford University showed that cell oxygenation happens ten times faster if you drink oxygen instead of breathe it. And the quality and quantity of oxygen absorption into your liver and intestine is six times greater when you drink properly oxygenated water than when you breathe it.

That’s why this remedy, a special type of oxygenated water, is so fascinating.

This special kind of water contains remarkably stable high oxygen levels. It is called Kaqun (pronounced Kah-coon.) And, yes, the name was inspired by the movie, Cocoon, about a group of elderly friends who find what they believe is the Fountain of Youth in a neighborhood pool.

According to its makers, Kaqun water offers a structure and benefits other waters do not. For example, several brands of water claim to be oxygenated, but have failed to live up to scientific scrutiny.

If you use a mechanism that simply charges the water with oxygen in gas form, it dissipates very quickly. Likewise, waters treated with ozone tend to release their ozone very quickly upon opening the bottle. (That’s the “poof” you hear when you open carbonated water.)

Instead, Kaqun was developed in Hungary by a team of doctors and researchers. It’s been studied for more than 28 years and involves a partial change in the molecular structure of the water.

Without getting too technical, here’s what Kaqun water is…

Kaqun water is normal, drinkable, purified, filtered water. But… it’s enriched with oxygen by means of a special patented technology. In brief, filtered water is led through an electric and magnetic field operating at a specific frequency. The water then stays between catalyzers for a specified amount of time.

In the end, the process produces smaller, more stable water clusters consisting of six to 9 molecules, and water that’s alkaline (7.8 to 8.2 pH).

In the course of the structural change, oxygen atoms are freed from their bonds and stored inside the tiny cluster. The large clusters break down, so they’re able to penetrate your cell membranes, but they still retain the oxygen stored within them.

The structure of this water is called a cluster. Its basic structure is a tetrahedron – four water molecules form the structure H8O4. These clusters remain stable for long periods of time.

Because of the cluster’s small size, it can more easily penetrate cell membranes, or, alternatively, it can remain in the intercellular space.

In a person who suffers from a disease, the mitochondria are often trapped in a perpetual low energy state. The oxygen in the water helps to increase the membrane’s energy potential. It takes a “jolt” to push your low energy levels higher. Once you’re ill, this is not something you can do through drinking regular water or exercising.

Yes – I know – it sounds wacky. I thought so, too. But this oxygenated water remedy has some remarkable clinical data behind it. Researchers say that Kaqun water:

Kaqun water is currently the only water that’s undergone more than two decades of clinical and animal studies, including in both healthy volunteers and those with significant health challenges.

According to its advocates, regular use of Kaqun water facilitates ongoing cellular repair and regeneration, aids the detoxification process, and refreshes and re-energizes your body. It may also reduce inflammation and allergies.

Kaqun water contains no chemicals or toxic materials. And there’s no indication that it interferes with other therapies.

I first told you about Kaqun after watching a presentation at the Cancer Control Society convention. I was impressed by the people, the science, and the case studies they presented of patients who experienced healing.

In healthy volunteers, studies showed that drinking Kaqun water enhanced tissue oxygenation. This happened because the oxygen in the water penetrated the mucous membranes of your stomach and GI tract to reach your tissues.

Reasons for low oxygen
(even though you breathe regularly)

Entire textbooks have been written about the benefits of oxygen and oxygen therapies for many health conditions, including cancer, infections, cardiac rehab, burns, and more.

Yet some doctors think almost everyone is oxygen deprived. You might argue with that, saying you’re fine and you breathe normally. But there are some surprising causes of oxygen deprivation that might change your mind:

1. Low atmospheric oxygen level. Some scientists believe that the atmospheric level of oxygen has dropped by 33 percent since the beginning of advanced forms of life. And in polluted cities, oxygen levels may have plummeted by 50 percent. Scientists blame this on desertification and deforestation.

2. Poor breathing habits, shallow breathing and holding your breath. Stress, fear, worry, and anxiety can promote shallow breathing. Some people are under so much stress they literally hold their breath off and on, all day, without realizing it.

3. Sleep apnea. Obviously related to #2, but this one happens unconsciously during sleep.

4. A sedentary lifestyle. Those with the worst breathing habits are usually those who don’t exercise. Exercise helps deliver more oxygen to your body’s cells. Even mild exercise is helpful.

5. Poor posture. If you work at a desk all day, bent over your computer with slumped shoulders, your chest gets squeezed, preventing you from fully oxygenating.

6. Working in low oxygen environments. Breathing recycled office air (rather than fresh air from outside) and being around machines and equipment that use up oxygen will lower the oxygen supply in your daily workspace.

7. Lung and bronchial problems. If you suffer from asthma, for example, this may reduce your lung capacity.

But here’s something else hardly anyone thinks about…

Sufficient oxygen isn’t enough. You also need healthy blood circulation and adequate hydration to carry the oxygen to all the tissues and cells it needs to reach.

The oxygen remedy therapy appears to be a breakthrough that radically slashes your risk of diseases linked to low oxygen, just by improving one simple thing you already do every day – drinking water.

For chronically or seriously ill patients, bath therapies are recommended in addition to the drinking water. The skin’s capillaries quickly absorb high levels of oxygen during prolonged immersion in Kaqun water at exactly body temperature.

Since our first report, Kaqun bath (spa) facilities have opened in the U.S. (in Los Angeles, Las Vegas and New Jersey). They are also available in Hungary and Italy and other parts of Europe.

Kaqun drinking water is also available in the U.S. through Kaqun distributors. Of course, it’s far more expensive than ordinary drinking water. A six-pack of 1.5-liter bottles will cost about $100.

I confess my eyes tend to glaze over when someone starts yammering about some “special water” that can help with cancer or other diseases. There are legions of these people in the alternative health world. However, because this is a simple and relatively easy to get remedy that does have clinical science behind it, I wanted to share it again in the event it could help someone who is struggling with their health.

If you’re suffering from cancer or any chronic, hard-to-treat condition, Kaqun water might be worth a try.