The “Essential” Nutrient that Can Cause Cancer – Cancer Defeated 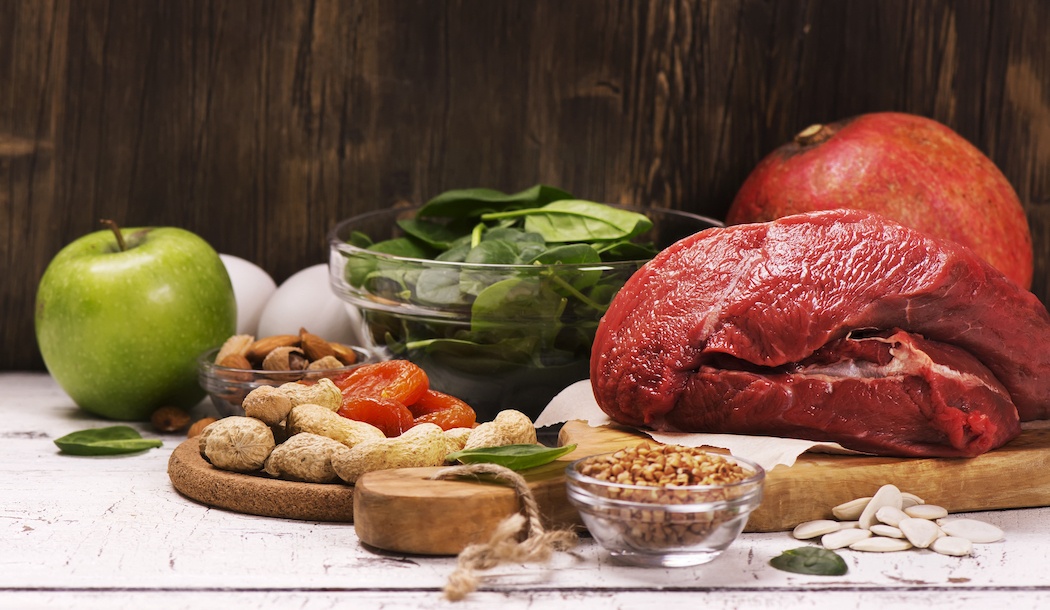 That stance can be dangerous—even deadly.

This substance acts as a rusting agent in your body and easily accumulates in the liver, pancreas, heart, joints, and brain. It triggers free radical damage of all kinds.

What’s more, it’s a powerful stimulus for cancer growth, invasion, and metastasis. Here’s what you need to know…

What is this mystery mineral? Iron.

Iron is an essential mineral, required to make hemoglobin in red blood cells. It carries oxygen from your lungs to other organs. And triggers enzyme reactions in the body. Iron is stored by ferritin and transferred throughout the body by transferrin.

But having iron in the body is like walking a tightrope – whichever side you fall off can hurt.

You’ve heard about anemia caused by low iron levels. However, a very REAL danger comes from elevated iron levels which are toxic to your organs… especially for men and post-menopausal men.

The dangers of iron overload

An article by Virgil Fairbanks appeared in the journal The Mayo Clinic Proceedings in 1986. The article, “Hemochromatosis or Iron Overload – the Neglected Diagnosis” was a scathing attack on the medical profession’s treatment of iron in the body.

Doctors talk (then and now) about anemia and iron deficiency… as if nothing bad could occur on the other end of the spectrum.

Since then, scientists have added cancer and heart disease to the list.

Many studies have shown that up to 88 percent of breast cancer patients whose cancer has metastasized or spread have elevated iron levels.

Studies as far back as 1988 in the New England Journal of Medicine have linked high iron levels to many other cancers including cancers of the lung, colon, bladder, liver, and esophagus.

Tumor cells need iron to thrive. Iron is a key ingredient for cell division. It’s well known that if you add iron to tumor cells in culture, they grow much faster. Without iron, the cancer cell doesn’t divide. Your body tries to starve cells of iron by diverting it from your blood into tissues.

By 1994, the International Journal of Cancer reported that cancer rates rise at iron saturation levels of only 31 percent.

He tested his own patients for high iron. About 30 percent had elevated levels! As he lowered their iron levels, their conditions “mysteriously” improved.

One of his patients, Rebecca Lavie, was a former special education teacher who had to give up her career when she was stricken with an unidentified disabling condition. After 12 years of bouncing from doctor to doctor, Dr. Cutler finally diagnosed Ms. Lavie with iron overload and elevated levels of aluminum, lead and copper.

By 1989, doctors published research showing that iron was a risk factor in cancer – and at far lower levels than were thought safe at that time.

In 1992, a study showed that excess iron was also linked to heart attacks, especially those occurring at an early age.

Are YOU at risk of iron overload?

You can get iron overload two ways…

A diagnosis for hemochromatosis requires having two copies (one from each parent) of either the C282Y or H63D gene mutation.

About one in 200 Caucasians have two copies of these high iron mutations. Millions more have a single copy. This mutation means your system absorbs up to four times more iron than normal.

Even those without mutations can easily consume too much iron. For one reason, the standard American diet is rich in iron. The average diet contains 15 to 25 mg of iron, yet all we need is one mg/day to replace the iron we lose. As a result, our diets contribute to iron toxicity.

The problem is made worse by government mandated iron fortification of foods like cereal. According to the Norris Cotton Cancer Center (an NCI Comprehensive Cancer Center), almost everyone consumes more iron than needed over long periods of time.

Supplements may put you at risk of iron overload

Another way we get too much iron is by taking supplements containing iron.

Some experts believe that even pregnant women are being prescribed too much iron. Researchers are concerned that excess maternal iron may be driving childhood cancer rates.

Pathogens also thrive in iron-rich environments. In one study pregnant women were given iron shots just before delivery. After birth, the infants suffered more severe and frequent infections and deaths.

In a New Zealand study infants who got iron shots shortly after birth developed severe infections. Many died. Both studies were ended early as soon as researchers realized the great harm the excess iron was causing.

Which begs the question… why do we enrich baby formulas with iron? Hmmm…

Indications you may have excess iron

Risk factors for iron overload include:

If you have one or more of the above risk-factors for iron overload, you should be aware of the symptoms of iron toxicity. They include:

Why you should get your iron levels tested

Unfortunately, once you absorb iron, it sticks around for life. Your body has no good way to excrete excess iron. You only lose about one mg of iron per day through perspiration, urine, and stool.

Not only can your body not easily excrete iron, but it’s also very efficient at storing iron in its tissues. As a result, you need little by way of replenishment.

To add fuel to the fire, excess iron binds to other metals, causing them to bioaccumulate.

Iron overload is not unusual. That’s why you should ask your doctor to run a complete iron panel at your next routine visit. This includes serum iron, total iron binding capacity (TIBC), transferrin saturation, and overall ferritin (your internal iron stores).

Serum iron is not very reliable

Know your own iron numbers. The consequences of excess iron are serious, potentially life-threatening, and linked to all-cause mortality.

How to naturally lower your iron levels

By making some simple lifestyle changes you can naturally lower your iron intake. For example:

While you can never be “cured” of hemochromatosis you can manage it to normalize your iron levels. Here’s how…

You can also undergo subcutaneous deferoxamine treatment. Deferoxamine is an IV chelating agent. It’s a bacterial culture that soaks up and removes iron, along with aluminum, copper, and mercury. In the hands of a trained clinician, it’s very safe.