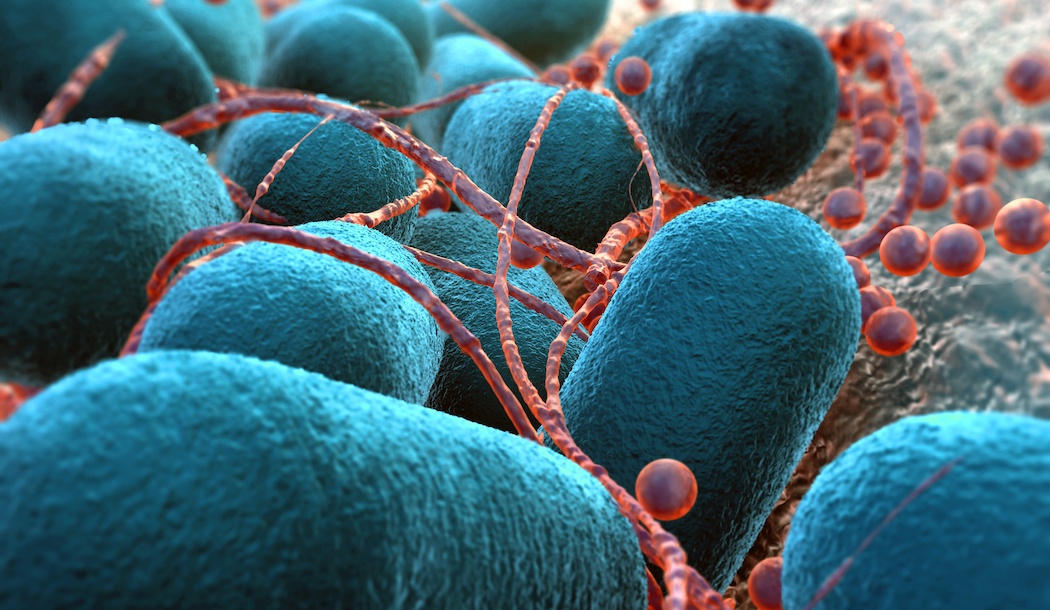 When you hear the words food poisoning, the first thing you probably think of is E. coli. And you wouldn’t be wrong—given that some strains of the bacteria have been linked to food recalls and serious illness.

Well, it might surprise you to learn there are harmless strains of the Escherichia coli bacteria that are a normal part of your intestinal flora — the “good” bacteria in your colon.

In fact, the good strains of E. coli can help you by producing vitamin K, a valuable nutrient that’s only recently started to get the attention it deserves (I take it as a supplement every day). E. coli can also keep harmful bacteria from setting up camp in your intestines.

Now researchers say that the good strains of this bacteria might be key to discovering a cure for certain cancers.

This news about E. coli is fascinating because in addition to causing food poisoning, some strains can also cause cancer.

Research suggests that the normally harmless E. coli may change its nature if your gut is inflamed. It seems that patients with inflammatory bowel syndrome (IBS) develop colorectal cancer at significantly higher rates than people who don’t have this digestive problem.

And one study from scientists at the University of North Carolina at Chapel Hill links this phenomenon with the presence of a strain of E. coli.

E. coli can cause cancer in mice

Christian Jobin, PhD, associate professor in the Division of Gastroenterology and Hepatology, led a team that raised mice with a gene mutation that makes them susceptible to inflammatory bowel disease. After rearing the mice in germ-free cages, the scientists moved them to cages where bacteria-filled mice formerly lived.

According to results published in the journal Science, five months later, all the mutant mice had developed bowel disease.

What’s more, the researchers found that 60 to 80 percent of the animals had developed colon cancer!

One common thread in the mutant mice was that they’d all developed a gut environment containing a much higher than normal number of E. coli.

And one E. coli strain that stood out was NC101, which was linked to aggressive forms of bowel disease in mice. This E. coli bacterium also produces the DNA-damaging protein colibactin.

In addition to these harmful bacteria, the researchers also found strains of E. coli in the gut that did not make colibactin.

These other bacteria were associated with bowel disease—but did not contribute to tumor formation.

How does this relate to colon cancer in humans?

Humans also can harbor the bacteria that produce colibactin. The North Carolina investigators found these bacteria at the following levels:

These are small samples, but if the rates hold up for the whole population, the findings indicate that people with IBS and colorectal cancer are infected with this damaging strain of E. coli at much higher rates.

The findings also indicate that many healthy people harbor this bug with no apparent problems. I’m willing to venture they can do this because they have strong immune systems plus plenty of “good” gut bacteria to keep the “bad” bacteria in check.

As to how the colibactin-producing bacteria lead to cancer— Prof. Jobin’s team isn’t completely sure. One thought is that gut inflammation causes colibactin-producing strains to multiply. At the same time, these proteins can cause cells lining the stomach to weaken—leaving them wide open to DNA damage.

Given enough time, cells subjected to these conditions can turn cancerous.

In essence, the study results suggest a direct link between changes in the gut microbiome (the total ecosystem of gut bacteria) and the development of inflammation and cancer.

Prof. Jobin said doctors could possibly construct a personalized plan for cancer prevention for each patient. This would involve using DNA sequencing to find microbes in a patient’s guts that could produce cancer-causing genes.

The doctors could then use antibiotics to eliminate these microbes or encourage the use of probiotics to destroy cancer promoting bacteria. Readers of this newsletter know I’m opposed to the use of antibiotics in all but the most dire circumstances.

The use of probiotics plus healthy eating habits (more fresh fruits and vegetables, few refined carbs) should create a healthy balance of gut bacteria in most people.

It’s important to understand that ALL of us have disease-causing microbes in our bodies, and we handle them just fine if we eat right and support our immune system.

Scientists across the pond have found a
different way to use E. coli

Remember, there are various strains of the E. coli bacteria. British researchers are working on a genetically altered strain of the virus as a possible treatment.

Their idea is to tinker with an E. coli bacterium to make it target and destroy cancer tumors.

Scientists at the Queen Elizabeth Hospital in Birmingham have managed to alter one strain of the virus to make it harmless to healthy human cells—while serving as an assassin to cancer cells.

A Daily Mail article describes how doctors used a common cold virus to deliver the E. coli bacteria to the cancer cells. Simply put, the scientists have managed to arrest the poisons in E. coli until they reach the inside of cancer cells.

According to Dr. Nick James, the oncologist who coordinated the therapy trials, the researchers are targeting men who have been treated for prostate cancer but experienced a recurrence of the disease.

More recent research, performed in 2019, suggests these scientists are onto something and that bacterium, such as E. coli, can be used to successfully treat cancer. Additional trials are underway to determine how this therapy could be helpful to patients with cancers of the head and neck, kidneys, and liver.

So, depending on the strain, E.coli may be either a cancer cause or a cancer cure.

More research is needed on both angles before we know for sure. But you can be sure that eating plenty of whole grains, fruits and vegetables is one of the best ways to sweep gunk out of your colon.

Not only will it help you maintain a “smooth move” in your bowels—but it could also help protect you from disease-producing germs and bacteria. And as always, a good probiotic supplement is a must.