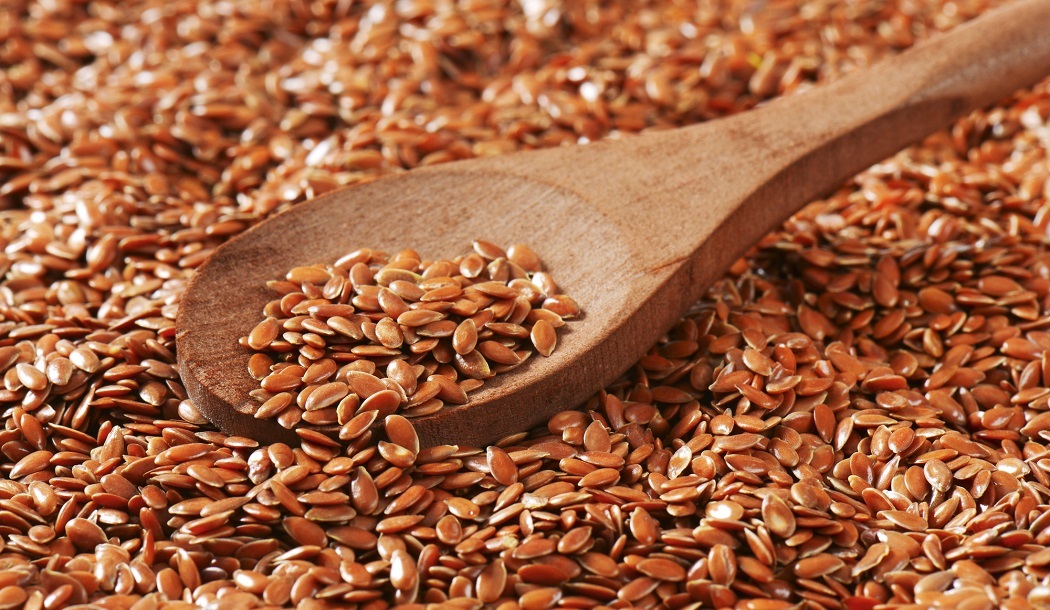 The fact that omega-3’s are good for your body is well-known. And when you think of omega-3’s, like most people, you probably think of fish or fish oil.

But there’s another source of omega-3’s to consider. This one’s cheaper and easier to obtain. What’s more, this source of omega-3 floods your body with a number of other cancer-fighting nutrients that can help you stave off cancer, fight existing cancer, and possibly even prevent a recurrence.

I’m talking about flaxseeds. Flaxseeds are rich in fiber and omega-3’s. However, the omega-3’s in flaxseed aren’t the same as those in fish oil.

Only fish oil contains EPA (eicosapentaenoic acid) and DHA (docosahexaenoic acid), shown in clinical studies to be helpful in fighting inflammatory conditions such as heart disease, rheumatoid arthritis and bowel disease, to name a few.

The main difference with ALA is that to have the anti-inflammatory effects attributed to omega-3’s, the body must covert it into EPA and DHA.

Recently, the Harvard Health Letter wrote about this conversion saying, “As a result, only a small fraction of (ALA) has omega-3’s effects — ten to fifteen percent, maybe less. The remaining 85 to 90 percent gets burned up as energy or metabolized in other ways. So, in terms of omega-3 “power,” a tablespoon of flaxseed oil is worth about 700 milligrams (mg) of EPA and DHA. That’s still more than the 300 mg of EPA and DHA you’ll find in many one-gram fish oil capsules, but far less than what the seven grams (of omega-3’s) listed on the label might imply.”

But if you’re vegetarian or hate fish, you’re worried about mercury contamination, or can’t stomach higher doses of fish oil capsules—higher than one gram, that is—flaxseed is a good alternative.

The recommendation I hear often from natural health doctors is not to switch out one source of fatty acids for the other, but enjoy both, especially if you want to fight cancer.

While Omega-3’s EPA and DHA prevent or inhibit the growth of cancer in test tube and animal studies, most effectively in breast cancer, as well as help lessen side effects on the heart brought about by chemotherapy and radiation, flaxseed’s ALA does more.

What’s more, if you eat whole, ground flaxseed instead of flaxseed oil, you’ll get fiber too, which is believed to lower risk for colorectal cancer, according to the latest research form the American Institute for Cancer Research.

In laboratory study whole, ground flaxseed as well as flaxseed oil appears to enhance the benefits of tamoxifen, a drug used to prevent the recurrence of breast cancer. And dietary flaxseed helped reduce the risk of endometrial cancers.

Blocking the bad to feed the good

Besides the omega-3s, the other major anticancer component in flaxseeds is something called phytoestrogenic lignans (these are polyphenols found in plants).

It’s thought that lignans may act as a weak form of estrogen for the body. Several studies have been performed to look at how the phytoestrogens in flaxseeds help fight off cancer. One theory is that flaxseeds operate like estrogen-receptor modulation drugs, in the sense that the natural estrogens in flaxseeds can block estrogen receptors on cells inside of breast tissue, which effectively starves them of full-strength female estrogen loads.

This estrogen-blocking approach is probably most effective for younger, pre-menopausal women fighting estrogen-receptor negative cancers. And along the same vein, I should mention that there was an earlier concern among scientists that flaxseed could increase the risk for breast cancer, because estrogen-receptor breast cancers grow in response to high levels of the hormone estrogen, but subsequent studies show this fear is unfounded, and in fact is the reason researchers have discovered flaxseed has a positive, not negative benefit in terms of breast cancer.

Other anticancer benefits of flaxseed as a whole (and not just the ALA extract) include the ability to inhibit the growth and metastasis of human breast and prostate cancers, as well as melanoma.

Flaxseeds are also good for your gut

Flaxseeds also score a win in the microbiome department.

I’ve written plenty about the growing knowledge about gut bacteria health and how it affects everything from your mood to how well cancer treatments work. Flaxseeds help in the gut department because of their high fiber load, which acts as a prebiotic and feeds the good bacteria in your gut so they can keep the bad bacteria in check.

Pulverize for the biggest benefit

If you elect to go the whole flaxseed route instead of merely flaxseed oil – which I recommend — then you’ll find flaxseed in certain cereals, breads, and crackers, or you can purchase whole seeds. But if you opt for whole seeds, you’ll want to grind them up before eating them in order to get the full nutritional value — otherwise your body will just eliminate them whole and undigested.

If you’re not already accustomed to eating flaxseeds regularly, I recommend adding them into your diet slowly at first, otherwise you might find the heavy fiber load leads to bouts of gas, bloating, or diarrhea. And I’d recommend working with a dietitian to help you add them in if you suffer from irritable bowel syndrome, ulcerative colitis, or Crohn’s disease.

Be aware that fish oil and flaxseed oil may each have potential blood-thinning effects, which might be increased if you are taking both. This may pose a problem if your doctor has you on blood-thinning medications.

My advice on this has remained unchanged for 15 years:  don’t give up the blood-thinning foods and supplements. Instead, learn to use them to thin the blood and wean yourself off the drugs. You will want to work with your doctor on this.