The “Health Food” You Should Consider Staying Away From – Cancer Defeated

The “Health Food” You Should Consider Staying Away From 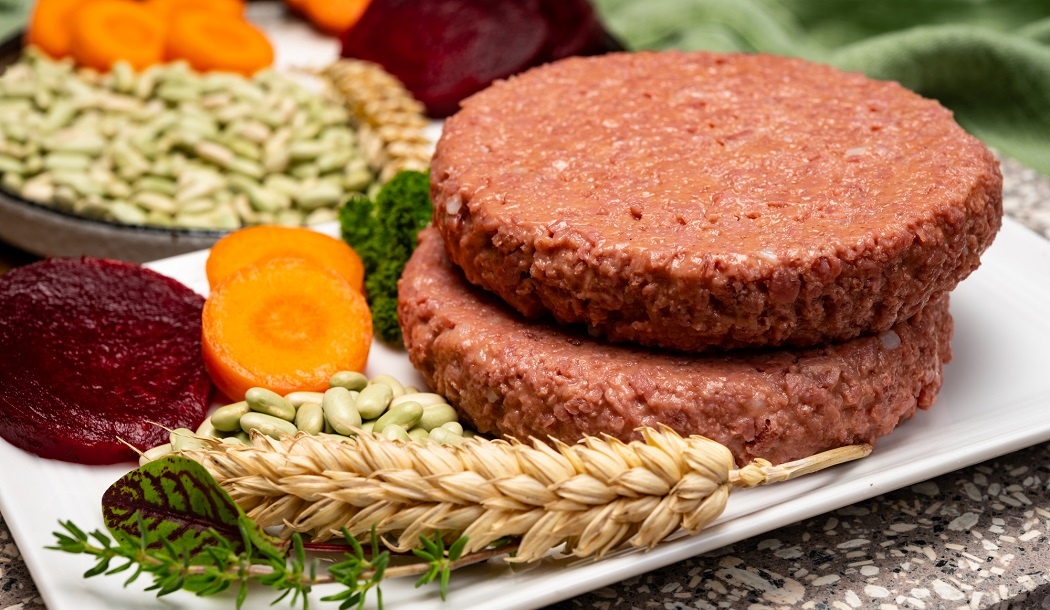 Many say it’s the future of meat. Meat that’s not really meat at all, but meat alternative.

In the past couple years, “fake meat” products like Beyond Meat began gracing the meat section of more than 35,000 grocery stores in America. Even fast food restaurants started offering “fake meat,” with Impossible Burgers now sold at more than 7,000 restaurants, including Burger King.

While these “burgers” do have better nutritional profiles than beef burgers, containing fewer calories, less fat, more protein, lots of fiber and no cholesterol, are they really healthier than beef when it comes to fighting cancer ?

Meat products usually have one ingredient, “beef.” It’s pretty easy to understand that the beef you’re getting comes from a cow. But “fake meat” products are more complicated.

What is “fake meat?”

The Impossible Burger has 21 ingredients, and the Beyond Meat Burger has 22. What’s more, in both products, many of these ingredients are scientific-sounding, hard-to-pronounce names.

To further complicate matters, Beyond Meat and Impossible Foods both consider their recipes trade secrets. So, you won’t get the subtle details about their products any time soon.

What we do know is that the proteins are isolates, extracted from whole peas and (GMO) soybeans. The fats are almost all industrial vegetable and seed oils, which reputable health experts recommend you steer clear of.

These fake meats look and taste like a real burger. But plants don’t “bleed” like meat does. So, the fake meat inventors needed to create a way to make a moist, “bloody” patty with the texture of ground beef.

The aesthetic they created is impressive. It smells, tastes, and feels like a beef burger. Apparently, that secret is an ingredient called soy leghemoglobin (SLH).

The FDA expressed concerns about SLH, due to the fact that, well, it’s new. And humans have never consumed it.

No one knows. There’s only been one 28-day rat study on it so far.

In 2017, Impossible Foods commissioned a laboratory study to test SLH in rats. They’d set out to perform a 90-day study but shortened it to just 28 days – the rat equivalent to two or three human years.

Researchers found that rats fed SLH developed inexplicable health changes. The rats experienced many significant adverse effects (though no deaths), such as:

Yet, Impossible Foods dismissed these significant negative results as irrelevant. They called the effects “non-adverse” and “having no toxicological relevance.”

To no one’s surprise, Impossible Foods commissioned a second rat study, which found no negative effects at all.

While we can’t say if the first study was a fluke and the second one legitimate, or vice versa, the fact that there were so many changes in many different organs and systems in the first research study is cause for concern.

Despite this, the FDA approved SLH giving it the “Generally Recognized as Safe,” or GRAS label. Contrary to popular belief, GRAS is not the FDA’s certification that the food in question is safe and not likely to trigger cancer.

Rather, it means they shift the safety responsibility to the company. GRAS most likely protects the FDA from liability in case of bad outcomes.

It does not protect you, the consumer, from unsafe novel foods.

Safe or unsafe, one thing’s for sure, SLH is genetically modified.

The truth about genetically modified SLH

To make this weird soy concoction, the manufacturer starts with genetically modified (GMO) soy genes, which they insert into a species of yeast called Pichia pastoris.

Next, they feed this yeast a concoction of sugar and minerals, prompting it to grow and replicate. So, you’re actually not even eating soy from soybeans. You’re eating a soy/yeast byproduct that’s been further genetically modified.

Impossible Burger not only uses GMOs, they produce their key proteins using GMOs.

No wonder the anti-GMO community is so up in arms over fake meat! There’s no telling how people’s bodies will react to these Franken-foods. They’ve never been in our food supply before.

So far, there are some who’ve had major GI reactions to these fake burgers. Which is hardly surprising, since soy is one of the most notorious food allergens ever.

And now we’re serving it up in new, fake ways.

Personally, I’d be more inclined to eat a plant-based burger made to “bleed” with beets instead of GMO soy.

Impossible Foods CEO Pat Brown concedes that people may object to these ingredients. Many don’t want to consume GMO soy protein and its residues. That’s why he’s gone out of his way to reassure the buying public of their product’s safety.

Whole Foods, others, not buying the health claims

Meanwhile, Chipotle CEO Brian Niccol said, “We’ve spoken to those folks and unfortunately it wouldn’t fit in our ‘food with integrity’ principles because of the processing.”

In his book, In Defense of Food, Michael Pollan argues that diet and health are forever linked. He points out that those who eat processed foods are less healthy than those who eat whole foods. Even when said whole foods are high-calorie, high-fat, or high-meat.

Your wallet will feel the pain, too

Incidentally, your wallet will suffer pain from fake meat too.

In a quick price study at a Sprouts grocery store, Impossible Burger bulk “meat” costs a whopping $13.33 per pound ($9.99 per 12 ounces), whereas high-quality grassfed beef was only $8.00 (mid-price option) for an equal amount of real meat.

That makes “fake meat” a whopping 67 percent more expensive than the more holistic natural, grassfed beef, and a whopping four times as expensive as conventional beef.2

Most legitimate leaders of the plant-based food movement advocate a whole food diet, not a processed food fad. I agree. They know natural is best.

The closer we get to consuming whole, unadulterated plant foods, the better off we are in our fight to prevent and treat cancer. While 100 percent vegan, these meatless meats still fall pretty far outside that ideal.

Test tube foods are a far cry from a wholesome bean burger made from scratch at home. Or for that matter, a wholesome burger from grass-fed beef.

What’s more, a number of studies show that GMO, soy, and highly-processed foods often cause autoimmune conditions and intestinal permeability—and both of these have been linked to cancer in numerous ways. Until we have more evidence to show that these “meats” are actually safe, I’m more comfortable taking a pass.

Besides, evidence shows that grass-fed beef is more nutritious and, if I do say so myself, more delicious.

If you still want to try these meatless “meats” and have any physical side-effects, send your information to GMO Free USA (GMOFreeUSA.org). This nonprofit is attempting to fill in the information gaps on meatless meat. They even plan to pass on their findings to the FDA and Impossible Foods in an attempt to ensure that any product that’s unsafe is swiftly removed from the shelves. Of course, you and I both know how that goes, but their mission is still a good one.