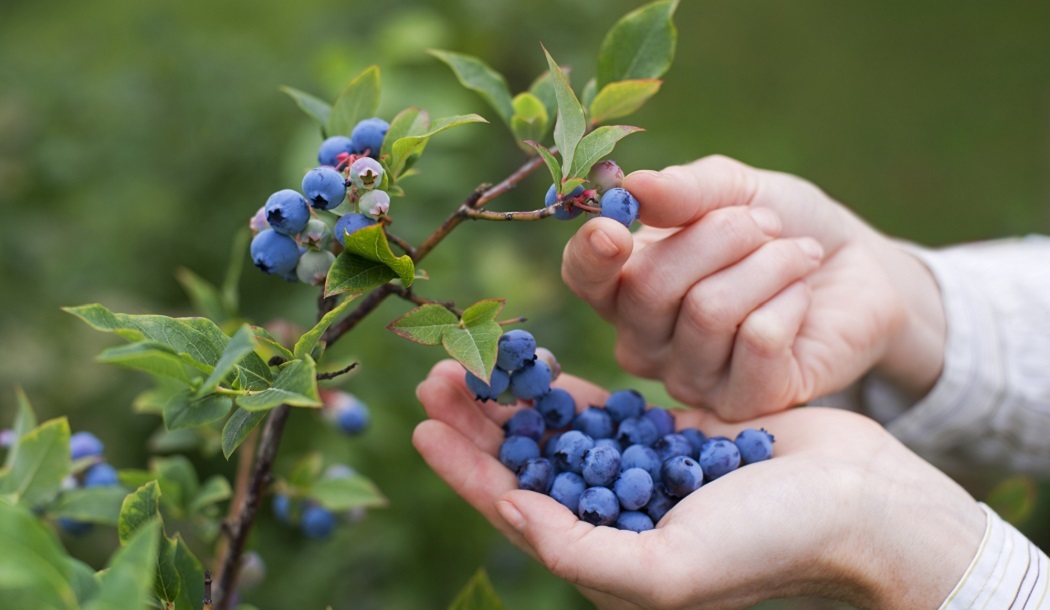 A little berry that’s sold in most supermarkets is a must-have for anyone trying to lower their risk of cancer.

Not surprisingly, this fruit has become a big player in studies investigating ways to prevent cancer. In fact, this fruit’s interactions with genetic and cellular processes in the body are so complicated,resesarchers haven’t been able to completely understand them.

But one thing is clear: this little fruit provides the body with an abundance of health benefits, especially when it comes to fighting cancer.

I’m talking about the blueberry, which is backed by such convincing scientific evidence that anyone concerned about cancer should be eating blueberries just about every day.

When University of Georgia scientists looked into the anti-cancer effects of blueberries, they found that their potent polyphenol antioxidants could cut the growth of liver tumors by 50 percent. Only muscadine grapes produced similar results.1And I can tell you, muscadine grapes are hard to find.

Blueberry (and muscadine grape) polyphenols were also shown to substantially increase the death of liver cancer cells – quadrupling the occurence of apoptosis, or programmed cell death.

At the same time, researchers at the University of Arkansas for Medical Sciences investigated blueberries against breast cancer. They found intriguing evidence that blueberry compounds (as well as soy compounds) can keep cancer stem cells from forming tumors.

This study analyzed what happens to “stem-like progenitor cells” — cells that are slightly more specialized than other stem cells and, in this case, are one step closer to becoming full-blown cancer cells.

These types of cells are insidious, sneaky and dangerous. In many cancers that are treated with chemotherapy, these cells remain unaffected, and after treatment has ended they regenerate tumors, causing the malignancies to return. Back when we knew less about cancer stem cells, they were called multi-drug-resistant (MDR) cells.

“You can think of stem-like cells as seeds. They put down roots and grow into a plant,” says researcher Ronald Buckanovich, who has investigated ovarian cancer at the University of Pittsburgh. “I especially like the dandelion analogy. When we treat cancer, we’re essentially mowing the lawn. But the problem is that dandelions always come back.”

According to Dr. Bukcanovich, chemotherapy often wipes out 90 to 99 percent of cancer cells. Sounds great, right? But it’s not as good as it sounds.

What’s worse, cancer stem cells are adaptable, so the cancer when it comes back is more powerful and drug-resistant than the cancer strain you had in the first place.

But as the Arkansas study demonstrates, this is where compounds from blueberries could step in and help. As the researchers note, eating blueberries could inhibit the regrowth of these stem-like cells. And they point out that other studies already show that blueberries stop cancer cells from multiplying and cause the cells to die via apoptosis.2

Work with drugs and anti-cancer treatments

Researchers have also been turning their attention to the ways in which blueberry compounds may help anti-cancer treatments work more effectively.

For instance, scientists in Asia are investigating how pancreatic cancer resists being killed by a chemotherapeutic drug called Gemcitabine, and have found that ursolic acid, one of the natural chemicals found in blueberries, can increase the drug’s effectiveness.

Their lab tests demonstrate that ursolic acid causes what’s known as “endoplasmic reticulum stress” in the cancer cells – causing misfolded proteins to build up in the cell’s membranes. That leaves them more vulnerable to the killing power of Gemcitabine.3

Similarly, tests at the School of Medicine at the University of Missouri-Columbia show that blueberry extracts can help radiation kill cervical cancer cells. Researcher Yujiang Fang explains,”For some cancers, such as late stage cervical cancer, radiation is a good treatment option. However, collateral damage to healthy cells always occurs.”4

“Cancer cells avoid death by remodeling (reorganizing and rebuilding) themselves,” says Dr. Fang. “Along with reducing cell proliferation, the extract also ‘tricks’ cancer cells into dying. So it inhibits the birth and promotes the death of cancer cells.”

Blueberries also contain anthocyanins, another antioxidant compound, that appear to influence the function of sirtuin 6 (Sirt6), an enzyme in cancer cells and normal cells.

As a group, the sirtuins are enzymes that regulate how a cell’s genetic material operates. And these enzymes are believed to control cellular signalling pathways that can shift how cells age and their tendency to become cancerous—or not.

In a study at the University of Eastern Finland, tests show that one of the anthocyanins in blueberries called cyanidin increases Sirt6 enzyme levels in colorectal cancer cells and decreases the activities of other genes. This appears to be a positive benefit, but the researchers are careful to note that it’s still not entirely clear how cyanidin’s effect on Sirt6 changes the risk of cancer growth.

In some cases, Sirt6 seems to work against the progression of cancer. But at other times it apparently promotes the growth of tumors.

However, the researchers also explain that other studies have already confirmed that anthocyanidins, including cyanidin, reduce the risk of cancer and other health problems that accompany aging—not increase risk. In addition, anthocyanidins are also shown to possess many anti-carcinogenic properties, such as their ability to protect against oxidative stress.7

That’s why I’ve always told people that when you eat blueberries, you’re lowering your risk of cancer. As scientists publish more research on the health effects of blueberries, I’ll keep you posted.