The “Mushroom of Immortality” Fights Cancer Too - Cancer Defeated 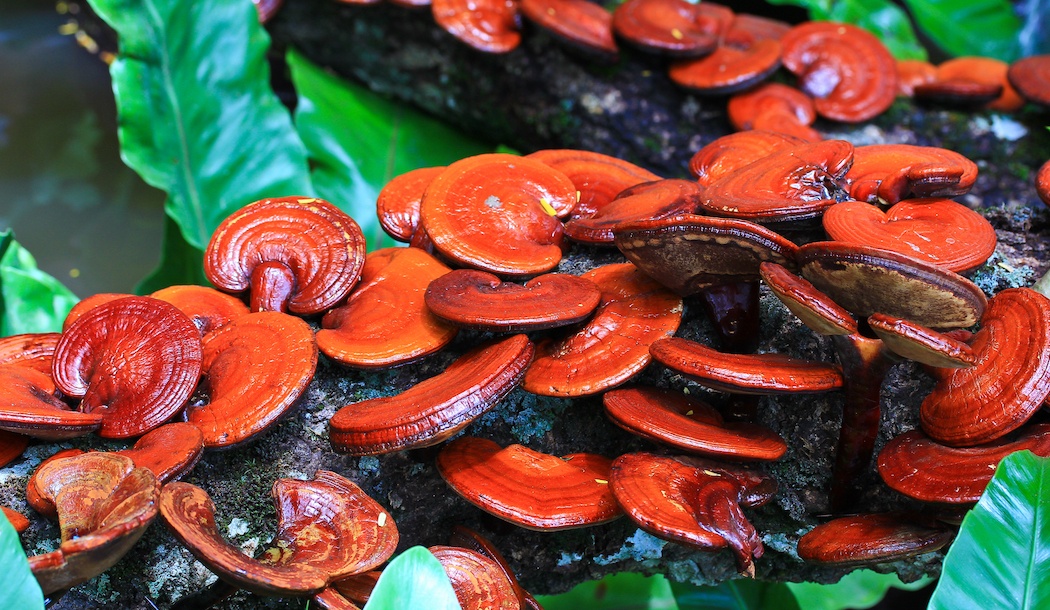 At first glance, it sounds like a miracle mushroom: “Tames inflammation!” “Builds stamina!” “Relieves fatigue!” “Supports the immune system!” It has even earned the nickname, the “mushroom of immortality”.

Is it possible Ganoderma does all that and more — even though very few people seem to have heard of it?

While Ganoderma is certainly not a cure-all by any means, it’s immune-building power is scientifically proven to wipe out cancers and much more.

For over 2,000 years, Ganoderma has been used in Traditional Chinese Medicine to promote general health. That makes it one of the oldest known medicinal mushrooms.

I’m a big fan of mushroom remedies for healthy people as well as cancer patients. Ganoderma appears to be one of the best.

The Ganoderma mushroom grows on wood and is sometimes called a shelf mushroom. Right now, scientists are studying several different species of Ganoderma for their many potential therapeutic benefits.

For cancer treatment, the main advantage of Ganoderma is its ability to stimulate the immune system. People with HIV use it for the same reason. Impressively, one study showed the mushroom was able to boost immune response in advanced-stage cancer patients.

A 2003 study of 34 advanced-stage cancer patients showed the mushroom played a significant role in increasing T-cell counts. T-cells are produced by the immune system. Patients in the study took Ganoderma as a supplement three times a day for 12 weeks.

Other studies have found that extracts of this mushroom can boost the immune system in several other ways. Ganoderma extracts stimulate macrophages, immune system cells that devour unwanted waste and invaders. This, in turn, changes the levels of TNF (tumor necrosis factor) and interleukins. Ganoderma also slows the aggregation of platelets, improves circulation, and helps the body eliminate free radicals.

Ganoderma supplements increase your antioxidant levels as well — and you probably know antioxidants help your body protect against and heal from cancer.

Ganoderma also appears to have anti-tumor properties, thanks in part to the polysaccharides found in the mushroom.

The most exciting research on Ganoderma was a giant review of studies that happened in 2018. Scientists in China and in the United States analyzed 2,398 English-language papers and 6,968 Chinese-language papers published between 1987 and 2017 to assess the effectiveness and safety of Ganoderma.

They found that Ganoderma plays important roles in many aspects of immune regulation for cancer treatment, not only the activation of T or B lymphocytes, macrophages, NK cells, and other immune cells, but in the production of cytokines and antibodies which stop the growth of tumor cells in lung cancer, liver cancer, melanoma, leukemia, and colon cancer, to name a few.

What’s more, Ganoderma was found to be safe with very low toxicity.

The researchers in the 2018 review also found that Ganoderma, in combination with drug treatments for cancer, can help reduce the side effects of the drug and improve the drug’s effectiveness.

Other research suggests that if you combine Ganoderma extract with green tea, you actually strengthen its ability to slow the growth of cancer cells. Researchers found this out by conducting lab tests on breast cancer cells.

Another important benefit: Ganoderma helps increase the appetite of patients with late-stage cancer, making it easier to win back some strength. Cachexia or “wasting away” is one of cancer’s fatal features. Anything that gets patients to eat is a lifesaver.

The researchers in the 2018 review concluded that, “Ganoderma is one of the most widely used herbal fungi and is a promising anticancer immunotherapy agent owing to its low toxicology and efficacy as a combination therapy.”

How to use this magical mushroom

You can find Ganoderma capsules and liquid extract at your local health food store. I’ve also read it can be taken in coffee or tea form, but it has a bitter taste.

The healing compounds of Ganoderma are found in the mushroom’s cap and stem. Active components are believed to include beta-glucan polysaccharides and triterpenes, so look for these on labels.

As for side effects from the mushroom itself, some people get a dry throat, or dry nose. Others experience gastrointestinal issues like nausea or diarrhea.

Stomach or GI tract upset is one of the most common side effects reported for almost every kind of remedy as well as for pharmaceutical drugs and even placebos. Personally, I haven’t experienced this issue but do find when I take beta glucan (mushroom extract) products I feel a bit wired — they give me more energy than I really want. But it seems almost no one else has this problem.