The Next Frontier in Cancer Research: Warty, Squishy “Cukes” 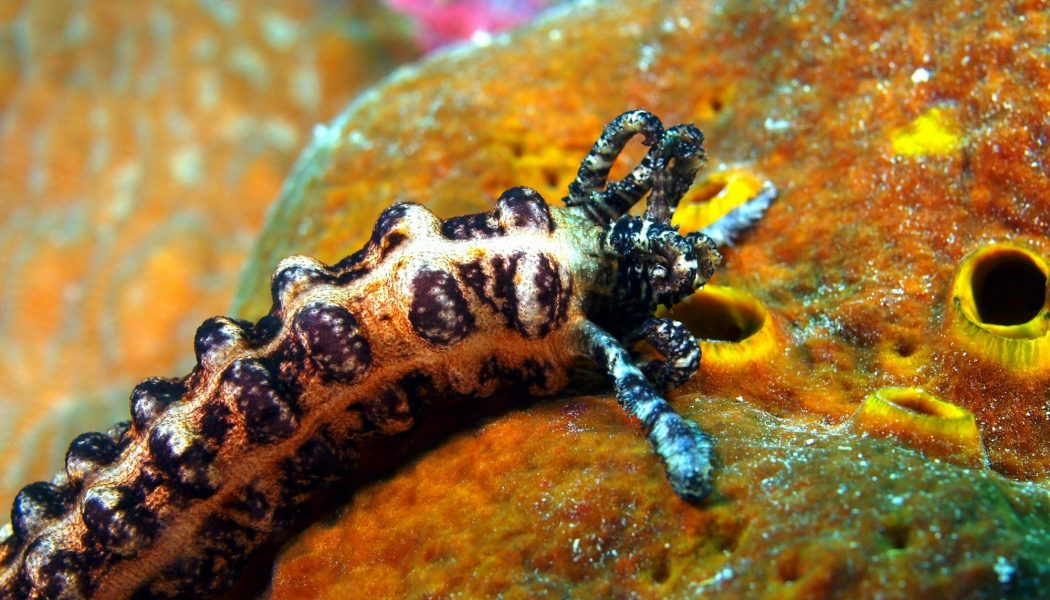 The next great cancer cure is the product of a tiny $5 million industry, harvested primarily by professional divers and threatened mainly by sea otters. Their quarry looks like something out of Sesame Street, or maybe a child’s imaginative drawing of a monster.

But this cancer cure is none other than the harmless, placid, slug of the Northern Seas: The sea cucumber.

Thanks to recent research, extracts from dried sea cucumber have shown promisingly high levels of antiviral, antibacterial, and anti-inflammatory properties – and that’s just the tip of the iceberg.

Further findings have uncovered fantastic cytotoxic properties, meaning the extracts both kill cancers and help stimulate the immune system – a rare combination in a single creature.

Is this going to be a practical cure? Is it available already? Let’s see. . .

The sea cucumber, or “cuke” as it’s nicknamed in diver circles, has long been prized as a delicacy in Asian cuisines. It’s also commonly used in folk medicines, thanks to its perceived ability to soothe arthritic pain and sore joints. Many cultures even use it as an aphrodisiac.

At about a foot-and-a-half in length and two inches wide, these red-brown, tube-footed slugs of the sea seem pretty boring. They mostly hang out at the bottom of the ocean, scavenging plankton and other organic matter.

But what sea cucumbers lack in beauty, they make up in valuable nutrients and medicinal properties, all packaged neatly in a low-toxicity bundle.

That’s why two days a week in the last three months of the year, around 200 permit-holding divers are allowed to hunt these squishy, elusive creatures found along North America’s Pacific coast from Alaska down to Baja California.

But even though the cukes themselves are about as harmless as an earthworm, diving for them is one of the most lethal jobs on earth thanks to hazardous conditions and the threat of other marine animals (such as a killer whale mistaking a diver for a seal).

Yet to divers and buyers, sea cucumbers are well worth the risk. For the divers, they bring in a living wage. For the buyers, they’re an investment in a growing health market.

Sea cucumber research speaks for itself

There are around 1,250 known species of sea cucumber, a soft-bodied, echinoderm similar in structure to starfish and sea urchins. All types studied so far appear to have some cancer-killing properties.

One type in particular – the Parastichopus californicus, also known as the giant California sea cucumber — is in hot demand for its numerous healing properties, including the ability to halt tumors, prompt apoptosis (cell death), and regulate cytotoxic activity.

Add to that their high levels of carotenoids, bioactive peptides, fatty acids, collagens, gelatins, chondroitin sulfates, and minerals, and you have a product ripe for development in various food and biomedical industries.

Early research on sea cucumber extracts has shown a promising ability to kill certain types of cancer including colon, skin, pancreatic, liver, breast, prostate, and lung cancers. Scientists who have looked into the matter believe that a compound called frondoside A is the game-changer when it comes to cancer treatment. Frondoside A is a triterpenoid glycoside isolated from the sea creature.

In a 2013 study published by PLoS One, researchers found that frondoside A killed 95% of liver and breast cancer cells, 90% of melanoma cells, and over 85% of various lung cancer cells. But the impressive effects of this compound don’t stop there.

Along with prompting cancer cell death, it also kept tumors from growing new blood vessels as a food source, effectively halting their growth. Better still is the ability of frondoside A to activate natural killer (NK) cells within the immune system. These cells are potent destroyers of cancer cells.

Another promising compound is called frondanol A5, an isopropyl alcohol/water extract that contains frondoside A along with other elements. In a study from Marine Drugs that pulled frondanol A5 from the epithelia of the edible North Atlantic sea cucumber, researchers found it was effective in preventing colon cancer in rodent models.

Sea cucumbers for cooking and eating

Given that sea cucumbers have been widely used as food and medicine, their safety is well demonstrated.

Still, there’s a lot left to learn about how to use these marine organisms for maximum benefit in research. A good place to start would be a better understanding of marine algal fibers and their bioactive properties. There’s a rich supply of bioactive compounds yet to be discovered and studied in these creatures, and the findings could have major implications for cancer research.

If you look online, you can buy dried sea cucumber to cook and eat. Sea cucumber supplements are also available; I’ve seen them offered in capsule form and also bottled as a tincture. They’re not cheap, ranging anywhere from $25 to $110 per pound.

There doesn’t seem to be a standard recommended dosage offered by leading researchers, so you’ll want to either follow the directions on the packaging of any supplement you buy, or experiment with different recipes if you buy the dried flesh. Most dehydrated sea cucumbers call for you to rehydrate them for a few days and then pick a recipe. Braising and cooking them with mushrooms seems to be popular.

Last issue we talked about another cancer-fighting food – one that’s a lot less exotic, but still probably not known to most people. If you missed it, you can read it now just below.