The Salt and Vinegar Remedy For Cancer – Cancer Defeated

The Salt and Vinegar Remedy For Cancer 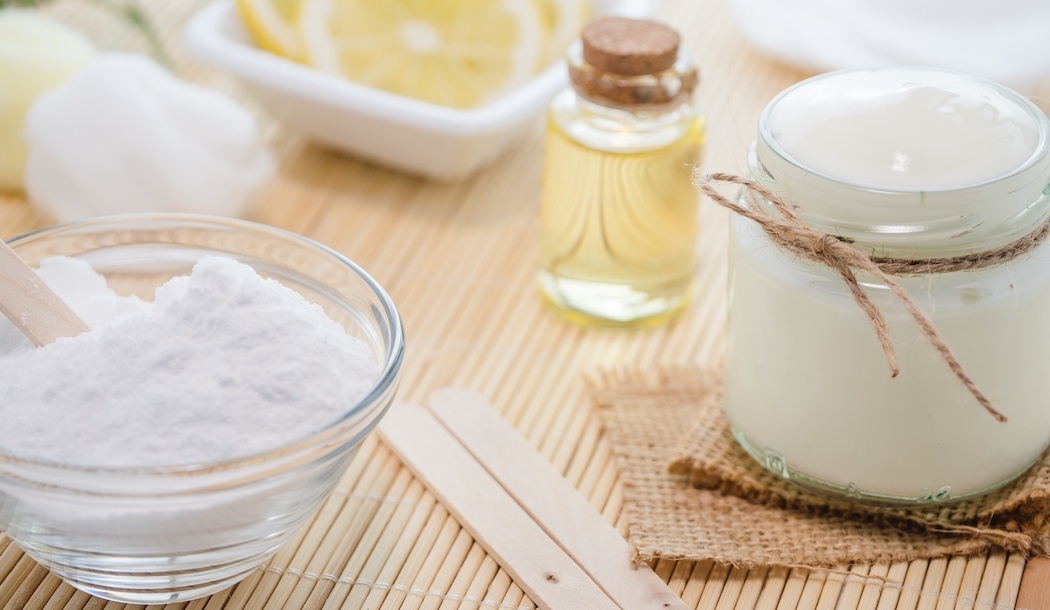 A natural powder that costs pennies a dose hit the headlines in 2007 when it shrunk brain, breast, and lung tumors by up to 70 percent in rodents in a short space of time and without side effects.

Leading the research was Dr. Evangelos Michelakis, who said “these kind of results to my mind are as good as it gets.”

Nearly 15 years on, is it the miracle we all hoped for or just another experiment that worked well in the lab but not in humans? Let’s see.

At the center of the story is a small molecule similar to acetic acid (vinegar) called Sodium Dichloroacetate (DCA). DCA is FDA approved as a drug to treat a rare condition called congenital lactic acidosis caused by a defective enzyme within the mitochondria, the cell’s battery for producing energy.

We’ve probably all been exposed to DCA because it’s found in minute quantities in the environment. It’s a by-product of water chlorination and a breakdown product of certain industrial chemicals and medicinal drugs.

Although DCA has been researched since the 1950s, its potential as a cancer therapy was only discovered in 2007 by scientists at the University of Alberta, Canada.

The importance of DCA lies in its role in the Krebs or energy cycle.

A normal cell produces energy by burning oxygen in the mitochondria. However, most forms of cancer rely on glycolysis, the breakdown of glucose, to produce energy in the body of the cell – outside the mitochondria – even though this is a less efficient form of energy production.

In addition to energy production, another important function of the mitochondria is to activate apoptosis, the process by which abnormal cells, including cancer, self-destruct. The switch to glycolysis prevents this from taking place.

When DCA is given either orally or intravenously, it’s easily able to enter cells and inhibit the enzyme pyruvate dehydrogenase kinase within the mitochondria. When this happens, metabolism shifts back from glycolysis to oxidation and thereby hinders a cancer cell’s ability to survive.

Dr. Michelakis explained, saying, “I think DCA can be selective for cancer because it attacks a fundamental process in cancer development that is unique to cancer cells.

“One of the really exciting things about this compound is that it might be able to treat many different forms of cancer, because all forms of cancer suppress mitochondrial function.”2

A year later, Dr. Michelakis and his colleagues wrote, “The preclinical work on DCA (showing effectiveness in a variety of tumors and relatively low toxicity), its structure (a very small molecule), the low price (it is generic) and the fact that DCA has already been used in humans for more than 30 years, provide a strong rationale for rapid clinical translation.”3

In 2010, Dr. Michelakis and his team applied DCA to tissue taken from 49 patients with glioblastoma (a deadly brain cancer). The DCA rapidly improved mitochondrial function.

Then, they treated five patients with DCA for 15 months, writing, “Three of the patients showed evidence of tumor regression on brain imaging scans, and four were clinically stable 15 months after therapy was initiated.

“Follow-up studies on cells taken from these patients before and after treatment showed that dichloroacetate normalized several mitochondrial functions, promoted apoptosis, and had other biochemical effects consistent with antitumor activity.

“Dichloroacetate appears to be safe to give to humans at doses that are required for pyruvate dehydrogenase inhibition.”4

To date there have been five clinical studies, but they were all small and mostly of very short duration. Also, they only took place in patients with advanced cancer.

Researchers from Australia summed up the evidence by writing in 2021: “All of the clinical trials of DCA are early-phase studies and, as such, conclusions about efficacy are limited. There does however appear to be at least some evidence of modest activity, and it can be generally safely delivered.”5

The world’s most experienced doctor in the use of DCA is Akbar Khan, founder and Medical Director of Medicor Cancer Centres, Toronto, Ontario, Canada.

Dr. Khan began using DCA in 2007, seeing a 60 to 70 percent response in more than 300 advanced stage cancer patients even though, he explained, these were “very sick people who came to Medicor often as a last resort after mainstream oncology had failed them.”6

Based on these cases, Dr. Khan and his colleagues described DCA as “a promising cancer therapy.”7

Two years later he published a case report of a 57-year-old patient with stage IV colorectal cancer only expected to survive nine to twelve months. After administration of DCA the disease became stable and she was still alive, “clinically well” with a good quality of life a whopping 46 months—nearly four years— later.

In the paper, the doctors wrote that in addition to altering metabolism, DCA acts as a cytostatic agent, halting cancer cell growth without inducing apoptosis. This ability to act as a cancer stabilizing agent is supported by lab research.8

Dr. Khan’s last published report was in 2017. In it he says, “A case of a 32-year-old male is presented in which DCA therapy, with no concurrent conventional therapy, resulted in regression and stabilization of recurrent metastatic melanoma for over four years’ duration, with trivial side effects. This case demonstrates that DCA can be used to reduce disease volume and maintain long-term stability in patients with advanced melanoma.”

Although recurrence occurred after four years, this coincided with reduced compliance “suggesting that this method of cancer management with DCA requires the metabolic pressure to be maintained continuously.”9

I’m not surprised at this statement. In my experience, the most effective alternative cancer treatments aren’t a “one and done” treatment. The patient must remain compliant to the treatment protocol for life. I can’t tell you how many times I’ve heard about patients who, after surviving their diagnosis and feeling great for years—maybe even a decade or more—fail to continue their current treatment protocol and the cancer returns with a vengeance. In many cases, the recurrence results in death.

I advise anyone who uses any kind of natural or alternative cancer treatments to maintain compliance to the protocol; it makes such a difference.

As for Dr. Khan, he’s treated 3,000 patients with every common form of cancer, as well as rare types, and finds they’re all responsive to DCA.

To be effective, DCA needs to be used in therapeutic doses. Side effects are mild and include peripheral neuropathy, numbing and tingling of the extremities. Fortunately, these are reversible. Dr. Khan works with a naturopath adding thiamine, alpha lipoic acid, and L-carnitine to reduce or eliminate these problems.

Identifying the best dose is complex and will vary by patient and tumor type. Monitoring an enzyme in the liver that metabolizes DCA helps predict dosing.

In an interview in 2020, Dr. Khan said that DCA has a gentle mechanism of action, and it usually takes two to three months to see a response. He finds it to be a more appropriate therapy in low grade, less aggressive tumors.

It’s also important to add that Dr. Khan never uses DCA as a standalone treatment but combines it with other natural and alternative therapies. For example, Dr. Khan has also seen dramatic results when DCA is given with frankincense essential oil (Boswellia). Patients may also be offered intravenous vitamin C, curcumin, low dose naltrexone and more.

In addition, Dr. Khan has witnessed “dramatic cures” when combining DCA with chemotherapy, after first doing drug sensitivity testing to see if the combination is likely to be effective.

He also uses highly sensitive tests to measure the presence of cancer cells even when scans are clear because DCA, he said, can be used to prevent cancer recurrence. In fact, recent research has led scientists from Italy to write that there are other mechanisms of action on top of the ones mentioned. The Italian team added that cancer stem cells seem to be mainly responsible for tumor relapse but “DCA could significantly affect cancer stem cell fraction and contribute to cancer eradication.”10

I’ll keep you posted on any new research on this amazing treatment.