The Skin Cancer Epidemic – And Surprising Things that Cause It 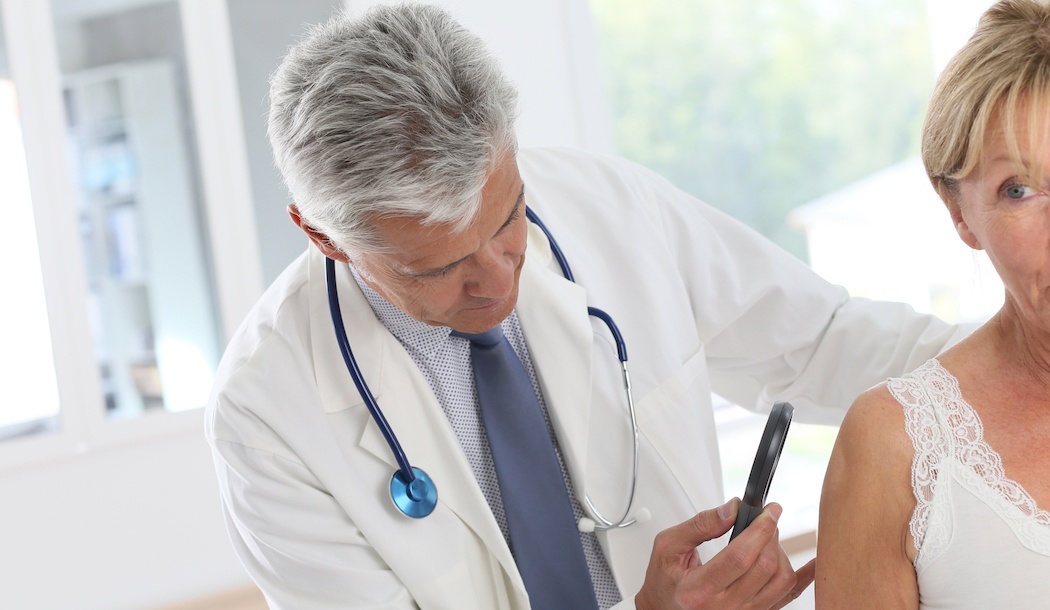 Too many people are too blase about skin cancer.

Yes, many skin cancers are slow-growing and may not be an imminent threat to your life.

But make no mistake – skin cancer can kill you. Among men, deaths from skin cancer have been rising year after year. In the US, the number of men killed each year by skin cancer is up by 25% since the 1980s.

That’s the first part of the skin cancer puzzle, since nobody knows why this is happening.

And even though women don’t seem to have the same risk of dying from skin cancer as men do, a study at the Mayo Clinic shows that – at least in Minnesota — both men and women are being diagnosed more often today with skin cancer than they have in the past. Here’s what you need to know…

According to this research, cases of squamous cell carcinoma, a form of skin cancer that starts in the middle and outer layers of the skin, went up a shocking 263% between 2000 and 2010, the years covered by this study of a Minnesota county.

Basal cell carcinomas went up by 145%. This type of cancer, generally not life-threatening, starts in the skin cells that make new cells to replace the old ones that die and fall off.

The researchers think much of the blame for these increases can be traced to the use of tanning beds and the fact that too many people let themselves get blistering sunburns.1

What’s the matter with Switzerland?

While the investigators in Minnesota were grinding away, medical researchers in Switzerland have been trying to discover why the Swiss have one of the highest rates of skin cancer in the world – far higher than the surrounding countries in Central Europe.

A surprising thing they’ve found – radon in Swiss homes is a big influence.1

Radon, in case you’ve never heard about it, is a radioactive gas – colorless and odorless — that can be given off by soil and rocks. It often infiltrates houses from basements or merely from the soil under a house’s foundation. But unless you have a professional check for it you’d never know it’s there.

In the United States, many homebuyers now demand a radon inspection before they’ll buy a house.

Now, the Swiss already knew that radon is a risk factor for lung cancer. But when they matched cases of skin cancer with levels of household radon, they found that the higher the radon, the bigger the chances of a house’s occupants getting skin cancer.

“Our study shows that, when radon decays, radioactive alpha particles not only destroy lung tissue but can also affect the skin. This has rarely been researched in the past,” says researcher Martin Röösli, a professor of environmental epidemiology.

Apparently, Swiss houses are particularly prone to having radon because of the kind of rocks and dirt they are built on. But with the proper building techiques, the radon can be kept out. And existing houses can be retrofitted to vent the radon out.

An interesting aspect of the Swiss research is that  it found the risk for skin cancer in 30-year-olds went up by 50% for increases in radon, while a 60-year-old’s risk only climbed by 16%. The reason? The scientists say that other research has shown that our sensitivity to radiation decreases as we get older.

Meanwhile other research indicates that keeping your weight down may lower your skin cancer risk. This is not a big surprise. Excess weight is known to be a leading cause of cancer in general, no reason this wouldn’t be true of skin cancer.

A study in Sweden investigated what happens to the odds of developing skin cancer after bariatric surgery that helped obese people lose large amounts of weight. The researchers found that people enjoyed a 42 percent reduced risk of any kind of skin cancer and a 61% reduction in the chances of malignant melanoma, the most dangerous type (the other two types, basal cell and squamous cell, rarely result in death).2

According to this group of scientists, their study shows that losing weight has a direct effect on whether or not people get skin cancer.

An odd factor that increases your risk

Your height may also influence whether or not you get skin cancer.

A study at the University of California, Riverside, found the risk for both thyroid and skin cancer in women is greater for those who are taller than average. For men, skin cancer is the primary danger.3

“Tall individuals are at increased risk of almost all cancers,” warns researcher Leonard Nunney. “But skin cancers — such as melanoma — show an unexpectedly strong relationship to height. This may be because the hormone IGF-1 is at higher levels in taller adults.”

Dr. Nunney explains that IGF-1 is a “growth factor” that plays an important role in children in stimulating early development. But it has also been connected to causing cells to divide faster in tall adults.

“If your cells divide more often, then that adds to your cancer risk,” he said. “If skin cells are dividing more rapidly in tall people due to high levels of IGF-1, then this could account for the increased risk for melanoma.”

Lab tests at Ohio State suggests that some foods can help lower your skin cancer chances.

In this analysis, performed on animals, it was shown that eating tomatoes every day might cut the risk roughly in half. The scientists believe that the carotenoids in tomatoes — the pigments that give them their red color — help skin cells fight off damage caused by ultraviolet sunlight.4

But in the study, the decrease in cancer was only found in males, not females. The significance of this finding is certainly debatable since it is only one study. But researcher Tatiana Oberyszyn says, “This study showed us that we do need to consider sex when exploring different (cancer) preventive strategies. What works in men may not always work equally well in women and vice versa.”

Dr. Oberyszyn also points out that while lycopene, the main carotenoid in tomatoes that makes them red, seems to be the most effective antioxidant that tomatoes contain, her study suggests there are other natural substances in tomatoes that help protect the skin from damage.

Lycopene is a familiar nutrient used for prostate problems, so apparently it has some effect on men that it does not have on women. I would not describe it as a miracle nutrient by any means, but it’s one small thing you can do to fight both prostate and skin disorders.

Other ways to protect yourself

If you’re looking to lower your risk of skin cancer, there are a few things you can do:

One bit of good news for avoiding skin problems – Researchers have found that the earth’s ozone layer – which filters out some of the more harmful rays from the sun – has been healing itself after years of being depleted.8 So that should help protect all of us from harm.

The number of people who die from skin cancer is pretty small compared to the massive fatalities from breast, prostate, colon and lung cancer – the big killers. But melanoma, if you do get it, is one of the nastiest, fastest-moving and hardest-to-treat cancers. So avoid it if you can.