The Startling Cancer Therapy EVERY Patient Should Do - Cancer Defeated

The Startling Cancer Therapy EVERY Patient Should Do 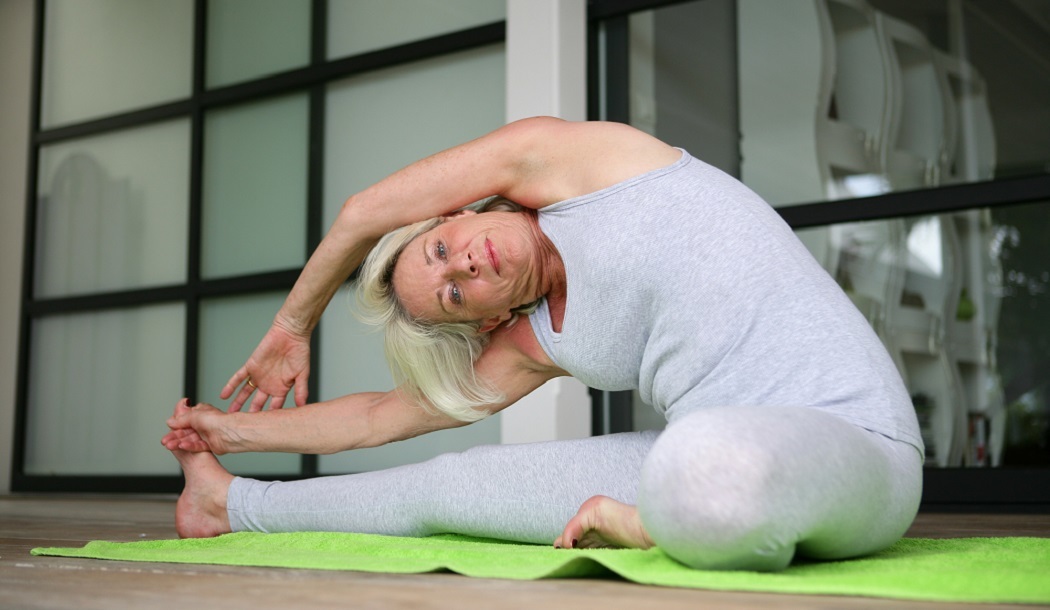 If you fall victim to cancer, there’s one surprising natural therapy that can help you fight tumors and improve the way you withstand the awful side effects of chemotherapy and radiation.

That therapy is exercise. But don’t worry, exercise to help heal cancer doesn’t have to be a sweat and feel-the-burn daunting kind of physical activity. Here’s a report on the exiting new research. Lets take a look…

Readers of this newsletter know that I advocate choosing an exercise plan you can stick with and enjoy.

Forget a strenuous spin class, running a marathon or hard-core kick-boxing. If you’re suffering from cancer, using exercise to help heal your illness can consist of a simple walk through your neighborhood (which is what I do).

Numerous journal-published studies show that even mild exercise results in benefits that improve the health and well-being of virtually anyone with cancer.

In fact, the evidence for the use of exercise to fight cancer is so overwhelming that the medical establishment in other countries now recognizes how important it is.

The Clinical Oncology Society of Australia (COSA), the main national body that represents Australian healthcare providers that treat cancer patients, now recommends that every cancer patient – every patient – be given a prescription for exercise as part of their treatment.

As the chair of the COSA Exercise Cancer guidelines committee Dr. Prue Cormie explains, “If we could turn the benefits of exercise into a pill it would be demanded by patients, prescribed by every cancer specialist and subsidized by government. It would be seen as a major breakthrough in cancer treatment.”

Bigger muscles and smaller waistlines are, of course, the most recognizable visible effects of exercise that usually show up in people who exercise consistently. Those changes you can see. But when it comes to your health – and how your body deals with cancer – the most important changes happen inside where you can’t see them.

How this happens hasn’t been entirely explained. But by examining how certain immune cells interact with cancer cells, researchers are getting closer to the answers.

For instance, researchers at the University of Japan have found that in many cases the immune system lets tumors grow because cancer cells can somehow recruit immune cells called T cells as a defense against other immune cells that would otherwise destroy the cancer cells.1 In other words, cancer can actually turn the immune system against itself.

With those findings in mind, researchers at the University of Indiana performed lab tests suggesting that aerobic exercise – activities like jogging, swimming or brisk walking – can reduce the number of these traitorous T cells that keep cancer cells safe from the immune system attack.2

As the Indiana scientists point out, “(Our study) implicates enhanced anti-tumor immunity as a means by which aerobic exercise can suppress tumor growth.” That’s research-talk for saying that aerobic exercise helps your immune system go after cancer cells.

In their report, the researchers also emphasize that being physically fit both discourages tumors from forming and also helps you fight cancer if you develop a tumor: “Being endurance-trained (i.e. aerobically fit) could increase the likelihood for better (cancer) patient outcomes and adds to the ever-growing list of reasons for engaging in regular aerobic activity.”

Exercise reduces fatigue
“more than any other therapy”

Along with helping fight tumors, exercise is very effective at offsetting some of the awful side effects that accompany the chemotherapy and radiation usually used to treat cancer.

Extreme and persistent fatigue is one of the most debilitating problems caused by these conventional cancer treatments. Many oncologists prescribe drugs designed to offset cancer-related fatigue.

But researchers at the University of Rochester say exercise and psychological help are more effective and far safer than these medications.

“If a cancer patient is having trouble with fatigue, rather than looking for extra cups of coffee, a nap, or a pharmaceutical solution, consider a 15-minute walk,” says researcher Karen Mustian, who teaches at the University of Rochester Medical Center Department of Surgery’s Cancer Control Program. “It’s a really simple concept but it’s very hard for patients and the medical community to wrap their heads around it because these interventions have not been front-and-center in the past.”

The data analyzed by the Rochester scientists – from more than 100 independent studies of cancer fatigue – indicate that exercise, all by itself, reduces fatigue more than any other therapy. To a lesser degree, a psychological intervention such as personal therapy that helps patients understand how to deal with their fatigue and change their daily behavior to cope better, also helps.

The research shows that the drugs doctors dish out – which include modafinil, which is used to treat narcolepsy (a tendency to fall asleep anywhere, anytime), and ritalin, which is meant to help with ADHD – are less effective than a refreshing walk around the block.3

Take it to heart

One of the more frequent dangers to cancer patients is the heart damage that can occur from the inflammation caused by chemotherapy and radiation.

The damage to the heart caused by cancer treatment is called “cardiotoxicity” – a condition in which drugs or radiation impair your heart function and structure. But exercise can help reduce these issues. Researchers in Italy say that eating a healthier diet – with more fruits and vegetables – accompanied by appropriate exercise offers crucial cardiovascular protection.4

“Cancer patients are often less active than adults without cancer,” says researcher Flavio D’Ascenzi, who is with the University of Siena in Italy. “However, exercise is essential for patients diagnosed with cancer who are under treatment, irrespective of the type of treatment.”

Dr. D’Ascenzi adds that if you are being treated for cancer, you probably need to consult with an exercise physiologist or other specialists to find out which type of exercise is best for you.

For example, if your cancer and its treatment have left you low in hemoglobin (which carries oxygen in the blood), you should avoid intense exercise. If your blood platelets are low you need to stay away from contact sports (platelets enable blood clotting). And if your bones are weak you should not do activities that increase your chances of a fracture.

Now that the Aussies are trying to get all cancer patients to exercise, I wonder how long it will take until the US catches up?

I’ll give you a hint: Nearly 15 years ago, when I first began publishing about cancer treatments, we wrote about blood tests that could identify which agent – which nutrient or herbal remedy or chemotherapy drug – was most likely to kill the unique strain of cancer you happen to have. We gave addresses and contact info where people could get these tests.

The test was available from two foreign labs, but you couldn’t get it from an American lab.

Last night on television I saw an ad for a similar blood test, now available to any American who wants it.

15 years is a long time to wait for a lifesaving treatment. And at least when it comes to exercise, you sure don’t have to wait for conventional medicine to notice it. You can do it yourself, right now, without so much as a howdy-do from a doctor.

Tragically, too many Americans have still not gotten the message that exercise fights cancer – both in lowering the risk of cancer and fighting cancer once it strikes.

It’s a shame that, according to a study at Washington University in St. Louis, about two of three Americans know that sitting too much and not getting exercise is linked to heart disease, but less than two people in fifty know that being a couch potato and not engaging in physical activity boosts your cancer risk.5

I’ve never been much of an athlete, but the evidence is so overwhelming it’s been enough to get me off my hind end and doing daily exercise. It’s literally the most powerful medicine on earth.

Why Diabetics Have an Increased Risk of Cancer

The “Most Hated” Natural Cancer Treatment in America Really Works

Why Diabetics Have an Increased Risk of Cancer

The “Most Hated” Natural Cancer Treatment in America Really Works

Natural Ways to Combat the Brain-Damaging Side Effects of Chemotherapy